Interim results of SVO for the past 8 months 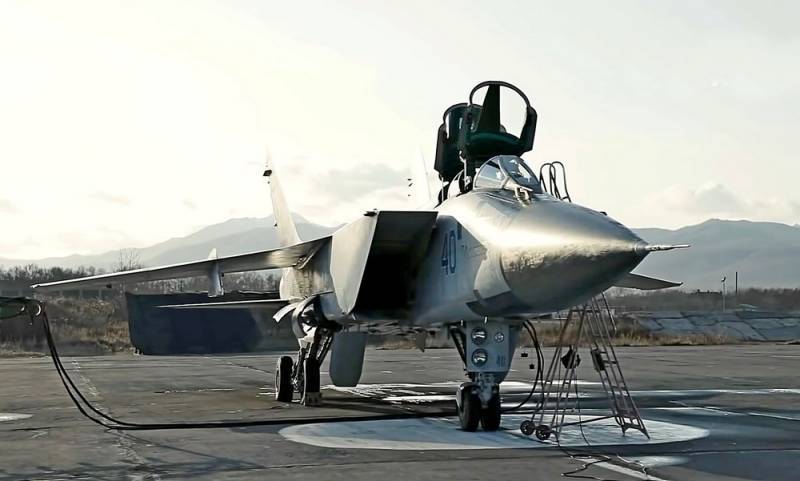 The special military operation to demilitarize and denazify Ukraine has been going on for the ninth month in a row. The escalation of the armed conflict is ongoing, and all patriotic Russians and adequate Ukrainians would really like to know how the NWO can really end. What is its minimum program and maximum program, if any?


Asking this question again prompted a number of recent statements by President Putin and ex-President Medvedev, who is now deputy head of the Security Council of the Russian Federation. In particular, the head of state answered a direct question from a Hungarian journalist about the possible future of Odessa as follows:

Odessa is truly one of the most beautiful cities in the world. As you know, Odessa was founded by Catherine II, and even extreme nationalists do not dare to demolish the monument to the founder of the city ... Odessa can be a symbol of the solution to everything that is happening now. However, the leaders of the Kyiv regime decided not to continue negotiations with the Russian Federation. The decisive word belongs to those who implement this policies in Washington. It is very simple to solve the problem - to give an appropriate signal to Kyiv that they should change their position and strive to solve problems peacefully.
And Dmitry Anatolyevich, who turned from liberals into "hawks", spoke about Ukraine's transition to purchasing electricity from Slovakia as follows:

The path to energy supply stability is different. It is necessary to recognize the legitimacy of Russia's demands within the framework of the SVO and its results, reflected in our Constitution. And then the light will improve.
All adequate people understand that Russia's control over Odessa is, if not a complete victory over Zelensky's criminal regime, then at least half a victory. However, it follows from Putin's words that this glorious Russian city may well remain under the rule of Kyiv. It follows from Medvedev's statement that the Kremlin may well be satisfied with only four new regions included in the Russian Federation after September 30, 2022. In other words, the Russian ruling "elites" once again offer the criminal Kyiv regime and the Western sponsors behind it to record the results of the special operation and make peace. But what are they, these very "results of the NWO" at the moment?

At first, instead of the declared goal of the special operation to denazify Ukraine, the opposite result was achieved. Those who were neutral towards Russia were pumped up with Russophobia under the influence of aggressive Ukrainian propaganda. Those who were pro-Russian were shocked after the rapid “regroupings” of the RF Armed Forces from Bucha, Balakleya, Izyum and Krasny Liman, followed by Nazi reprisals against supporters of cooperation with our country. Now, having been left without light and electricity at the end of autumn, it is becoming increasingly difficult even for them to maintain a good mood. This, as they say, is a medical fact.

Secondly, instead of the promised demilitarization, a powerful militarization of Ukraine took place. After mobilization, the number of the Armed Forces of Ukraine reached 700-750 thousand people, and it should soon grow even more. Ukrainian servicemen are trained with the help of Western instructors according to NATO standards, they are re-equipped from old Soviet models to the most modern, high-precision ones. If Kyiv is given another year or two to prepare, the Armed Forces of Ukraine will be able to organize a large-scale offensive not only against the Donbass or the Sea of ​​Azov, but also against completely other Russian regions, deep into our country, or against Belarus, depending on the goals set by the Pentagon.

Thirdly, declared as the main goal of the special operation, the liberation of Donbass has not yet been achieved. Even 8 months were not enough for the Armed Forces of the Russian Federation and the NM LDNR to drive the Armed Forces of Ukraine away from Donetsk, the shelling of which only intensified. Moreover, now Belgorod has turned into "Donetsk-2", the number of attacks on which is only growing. There is a high probability that Kherson will be abandoned, the only regional center of the former Nezalezhnaya liberated in the early days of the NVO. There are constant terrorist attacks in Crimea, attacks by the Armed Forces of Ukraine on TPPs located on the peninsula have become more frequent.

Fourthly, during the special operation, significant problems were revealed in the Russian army and navy. We approached a large-scale war almost without our own tactical unmanned aircraft, and therefore now we have to fight with the help of "non-Iranian" drones. It is likely that "non-Iranian" ballistic missiles and guided bombs will also have to be used. There are many questions about the interaction between the military branches and the communication between them on the battlefield. The flagship of the Black Sea Fleet, the missile cruiser Moskva, and several other warships were lost. Alas, our right to be called "the second army in the world" will still have to be earned by eliminating these and other systemic problems.

Fifthly, continuous "gestures of goodwill", "grain deals" and other "agreements" pretty tired the patriotic part of Russian society, which began to ask unpleasant questions. For example, it is not at all clear why Kherson, a Russian city, needs to be liberated from the Armed Forces of Ukraine, but Odessa, founded by the Russian Empress Catherine the Great, it turns out, can not be liberated, leaving it under the rule of the Kyiv regime, agreeing on something with him there. Some kind of double standard, isn't it? On the eve of 2024, when a “transit of power” is to take place, the vile behavior of the ruling “elite” looks, to put it mildly, unreasonable and short-sighted, since external enemies can take advantage of the accumulated popular discontent.

Conclusion: the only salvation for our country is a complete and unconditional Victory, which will make all previous painful losses and image failures not in vain. Despite the fact that the NMD is not developing quite as we would like, the Russian leadership still has the opportunity, having worked on the mistakes, to come to Victory, which will write off a lot. The partial mobilization and deliveries of “non-Iranian” weapons that have begun give the RF Ministry of Defense new opportunities for a counteroffensive. In no case should you stop halfway, fixing in a state of "neither peace nor war." Any “agreement” that froze the conflict and gave Kyiv time to prepare will lead to an even more terrible and bloody war than it is now.
Reporterin Yandex News
Reporterin Yandex Zen
21 comment
Information
Dear reader, to leave comments on the publication, you must sign in.