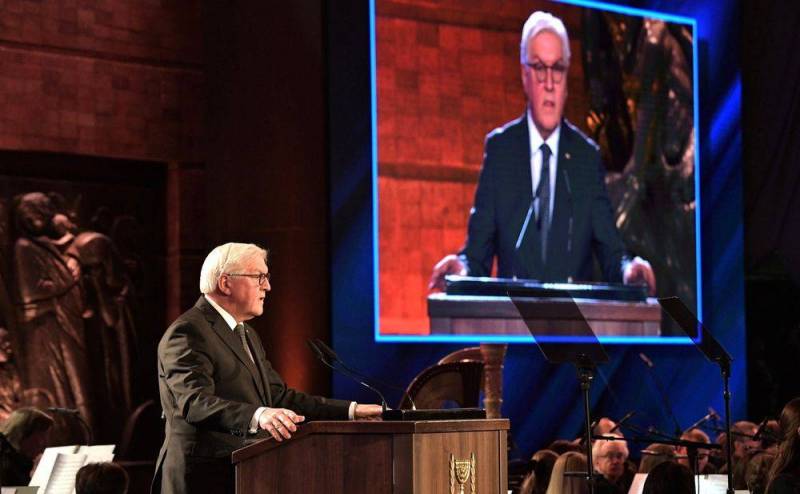 German President Frank-Walter Steinmeier, after a visit to Ukraine on October 24-25 this year, in an interview with Reuters, announced the final break in good relations with Russia.

We must say goodbye to old patterns of thought and hope. This is especially true of our position on Russia. I know that many feel a connection with Russia and its citizens, they love Russian music and literature. If you look at today's Russia, then there is no place for old dreams. Our countries are in opposition today
Frank-Walter Steinmeier said.

The President recalled that the Germans should be grateful to Moscow for Gorbachev, who ensured the unification of Germany. But with the start of the special operation, the dream of a common European home with the Russian Federation collapsed, and Germany is plunging into a period economic shocks.

During Steinmeier's trip to Ukraine, following a meeting with President Zelensky, the German authorities made decisions aimed at continuing the military conflict. In particular, Steinmeier said that Germany would send several more combat units to Ukraine in the coming days. equipment. The package of new deliveries will include Mars II multiple launch rocket systems, several Panzerhaubitze 2000 howitzers and IRIS-T anti-aircraft systems.
Reporterin Yandex News
Reporterin Yandex Zen
4 comments
Information
Dear reader, to leave comments on the publication, you must sign in.