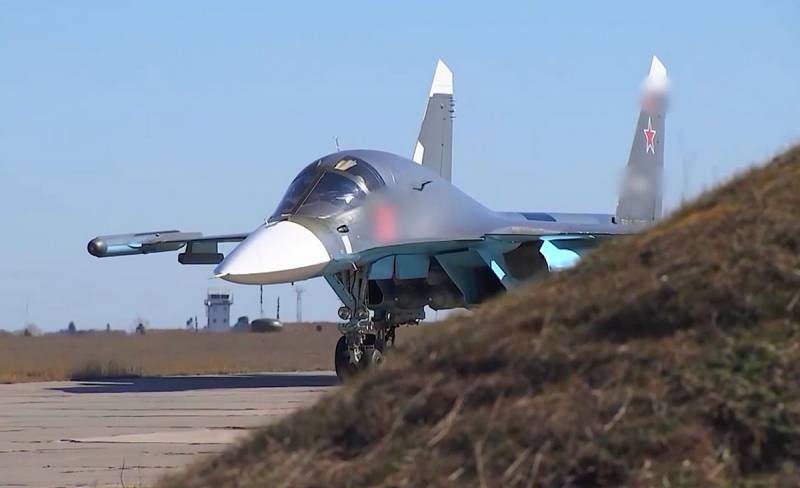 A video appeared on social networks in which a Russian Su-34 bomber drops FAB-250 aerial bombs on the positions of the Ukrainian armed forces.


The video demonstrates the operation of the aircraft at extremely low altitudes, thereby avoiding the fire of enemy air defense systems.

Meanwhile, according to the information of the Russian defense department on October 28, operational-tactical and army aviation, artillery and missile units of the Russian Federation attacked the command posts of the Armed Forces of Ukraine in the areas of the settlements of Kupyansk (Kharkov region), Nevsky (LPR), Torskoye, Seversk, Zvanovka (DPR) and the city of Nikolaev. Also destroyed were 74 artillery units, servicemen and technique in 167 regions of Ukraine.