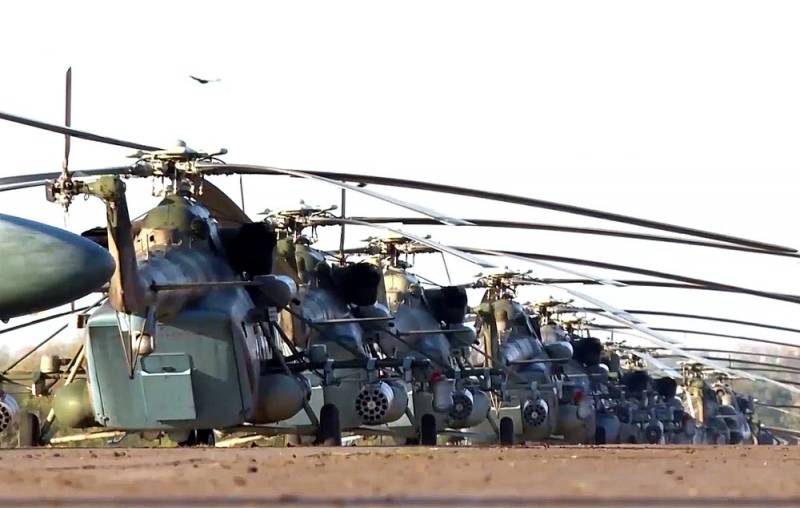 Speaking the day before at the Valdai Forum, President Putin rather evasively answered a direct question from the Hungarian journalist Stir about whether Odessa would be Russian or Ukrainian in two years. From the literal interpretation of the words of Vladimir Vladimirovich, it follows that the fate of this Russian city, founded by Catherine the Great, is still a subject for possible negotiations with the Kyiv regime.


Regarding the prospects for the “Russianness” of Odessa, Putin answered verbatim the following:

Odessa can be a symbol of the solution to everything that is happening now. However, the leaders of the Kyiv regime decided not to continue negotiations with the Russian Federation. The decisive word belongs to those who implement this policies in Washington. It is very simple to solve the problem - to give an appropriate signal to Kyiv that they should change their position and strive to solve problems peacefully.
This means that Odessa, and with it Chornomorsk and Yuzhny, covered by the “invisible shield” of the infamous “grain deal”, may well remain under Ukraine if Zelensky meets the wishes of the Kremlin. Just like we recently Found out, during the "grain deal - 2", the duration of which will be extended from 120 days to 365, Nikolaev may also be covered with an "invisible shield". In the light of the ambitious plans of Vladimir Vladimirovich to expand the transit capacity of the Turkish Stream, maintaining the Nezalezhnaya outlet to the Black Sea seems a little adventurous.

However, the problem is not only that the Ukrainian Navy can subsequently sabotage the underwater pipeline, multiplying by zero the next infrastructure megaproject from Gazprom. The fact is that without expanding its zone of control on the Right Bank, the RF Armed Forces will not even be able to liberate Zaporozhye, the regional center of the new Russian region.

A great achievement of the first stage of the special military operation, launched on February 24, 2022, was that the Russian Armed Forces occupied the city of Kherson and the entire territory of the Kherson region almost without resistance, providing Russia not only with access to fresh water for the Crimea, but also a strategically important foothold on the Right Bank . At the same time, it was a huge mistake that Russian troops did not occupy the neighboring city of Nikolaev, which is located only 60 kilometers in a straight line from Kherson and in the early days of the NMD did not have a serious garrison. Six months later, everything has changed a lot.

After mobilization, the Armed Forces of Ukraine multiplied their numbers and received modern Western-style weapons, which allowed them to start advancing along a wide front line. This has already led to the loss of the initial gains of the RF Armed Forces in the Kharkiv region and in the north of Donbass. Also, the Russian troops had to retreat south in the Kherson region, going on the defensive. Nikolaev and Krivoy Rog became a reliable rear for our enemy. If the Armed Forces of Ukraine are able to destroy the dam of the Kakhovskaya hydroelectric power station, vast territories will be flooded, and a reliable supply of Kherson, located on the Right Bank of the Dnieper, will be impossible. The fact that the city could be abandoned was made clear personally by the commander-in-chief of the NWO Surovikin.

For all of us it's very stupid news. The loss of the only regional center, former Nezalezhnaya, liberated by the Armed Forces of the Russian Federation, is not only a huge image defeat, but also a strategic one. The bridgehead on the Right Bank of Ukraine enables Russian troops to develop an offensive in several directions.

This may be the Nikolaev-Odessa direction, success in which will cut off the Kyiv regime from the Black Sea and get a common border with Transnistria. It can also be a direction to Krivoy Rog, Nikopol and Zaporozhye. Access to the Right Bank of the Kakhovka Reservoir will allow the Russian Armed Forces to neutralize the threat of artillery shelling of Energodar and protect the Zaporizhzhya NPP from Ukrainian terrorist artillerymen. The blockade of Zaporozhye itself from the Right Bank will help free this new Russian regional center without turning it into a second Mariupol.

The fact is that Zaporozhye is divided into two parts by the Dnieper. According to numerous sources, the Armed Forces of Ukraine are now creating a real fortress from this city. Huge Soviet-built enterprises are turning into another Azovstal, рассказал newspaper "Vzglyad" head of the Zaporozhye movement "We are together with Russia" Vladimir Rogov:

At the moment, the Zaporizhstal and Zaporizhkoks enterprises have also been turned into militant strongholds. There were warehouses equipment, ammunition and manpower. In addition, a similar situation is developing at the aluminum plant, where our missiles have already arrived, having calibrated about one and a half hundred mercenaries. The fortifications and place of residence of the militants are also located at the AvtoZAZ enterprise.
The city itself is overrun with foreign mercenary thugs. They do not feel any pity either for the Russian military or for the local civilians, intending to turn them into human shields. What conclusions can we draw from this?

It is quite obvious that it is no longer worth taking by storm in the forehead, like Mariupol, the large cities of the South-East of Ukraine. It is necessary to take them into the operational environment and "geranize" until the garrisons run out of ammunition, and they themselves prefer to leave, keeping the cities in exchange for life. It is also obvious that it is unrealistic to liberate the already Russian Zaporizhia without covering it from the Right Bank of the Dnieper. The Armed Forces of the Russian Federation will have to perform a real miracle and keep Kherson, while retaining a foothold. In November-December, when reinforcements begin to arrive at the front en masse, it is necessary to expand this bridgehead by going on the counteroffensive and taking Nikolaev, Krivoy Rog, Odessa and Zaporozhye into the operational environment, ultimately forcing their garrisons to surrender.

There should be no more "agreements" with the Kyiv regime. The entire South-East - from Kharkov to Nikolaev - should become part of the Russian Federation.
Reporterin Yandex News
Reporterin Yandex Zen
28 comments
Information
Dear reader, to leave comments on the publication, you must sign in.