America has chosen its main enemy 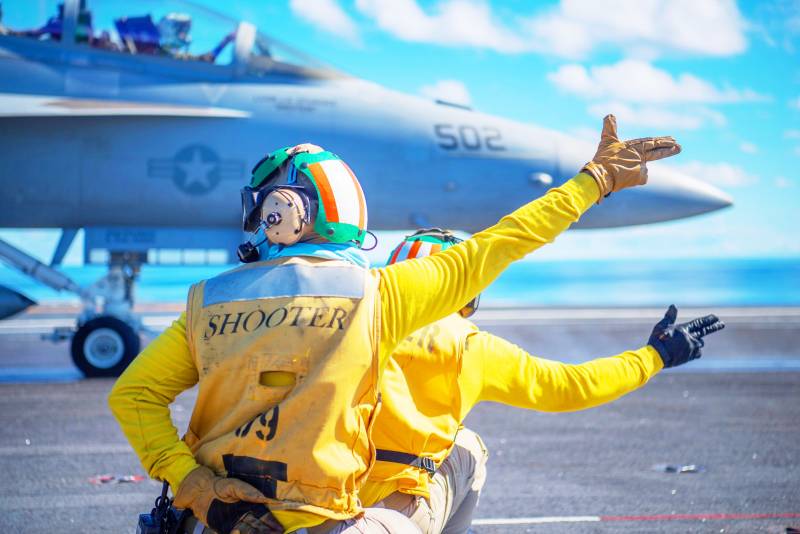 The US Department of Defense's "Strategy" of Military Priorities released yesterday without hesitation put China at the top of the list of threats. This news responded quite harshly to all the conciliatory statements made a little earlier from Beijing. There will be no peace.


I must say that 2022 was a landmark year in many respects. In particular, it is significant that it is now that Washington has abandoned the strategic ambiguity in its relations with Taipei, which it has adhered to for more than forty years, since the adoption of the famous Taiwan Relations Act in April 1979.

The United States, through the mouth of President Joe Biden, announced that it was ready to intervene directly by military force if the PRC decides to want to solve the "island question" by radical means.

Previously vague provisions of the act left freedom for interpretation. Now there is certainty.

In this regard, Taiwan is a convenient opportunity to create tension just when it is needed. Here it is not particularly different from Nagorno-Karabakh, South Ossetia or Donbass - except for the possible scale of the conflict and its consequences.

Back in March 2005, the National People's Congress unanimously approved a law on counteracting the split of the state, which explicitly stated that "non-peaceful" methods would be used against Taiwan if other methods of reunification were in jeopardy.

It is obvious that a referendum on the independence of the island or the resumption of the military nuclear program by Taipei, which he curtailed in the late eighties under the threat of the Americans, could become such reasons for forceful intervention.
Moreover, the issue of Taiwan is inseparable from the issue of the South China Sea and the islands in it. If only because three of them (Pratas, Taiping, Zhongzhou) are owned by Taipei. And a few more pieces of land nearby - China.

Beijing's advance in this area has been going on for decades. Earlier, the Paracel Islands were taken from the neighbors (in 1974 - from South Vietnam), part of the Spratly (1988 - already from the united Vietnam), Mischief Reef (Mischief Reef, 1995, from the Philippines). In the first two cases, this resulted in fierce naval battles.

In 2012, the Chinese, by force, although without bloodshed, appropriated the Scarborough Shoal, over which the Filipinos raised their flag back in the sixties. Now Chinese fishing vessels, under the cover of the coast guard, reach as far as the Natuna Islands, which causes indignation among the Indonesians.

Growing needs are pushing to move forward in the geography of the expansion of the Chinese economics and the demands of the population. The mainstay of the current Chinese government is the patriotic middle class of big cities, which, in addition to cars, smartphones and status clothes, is used to certain standards of food.

In the eyes of these people, in some thirty or forty years, the standard of living has made a phenomenal leap. Today's China is at its peak and in terms of prosperity is similar to Japan during the "bubble economy" of 1983-1991. However, if the Japanese at that time were already in the sphere of influence of the United States, which “helped” put an end to the famous economic miracle of the island country, everything is much less clear with China. The Celestial Empire, unlike Japan or today's weak-willed Europe, has the most important quality - subjectivity.

And the open readiness of the United States to defend Taiwan changes a lot for the Celestial Empire. Obviously, China is expected in Washington to repeat the actions of the Japanese military junta of the 1940s, that it, faced with the inevitability of American intervention, will strike the first blow. It doesn’t matter if it’s on Guam or on the US aircraft carrier groups deployed in the Western Pacific Ocean – only in this way will the West be able to accuse the PRC of direct aggression.

For Beijing, this plan is not a secret, and they are trying with all their might to buy time. Another year or two will be spent on re-equipping naval aviation (presumably the Shenyang J-15B with elements of a fifth-generation fighter) and commissioning a third aircraft carrier, the Fujian, the first with an ejection launch of aircraft. The same time will be spent on retrofitting class 055 destroyers currently under construction.

It must be assumed that the Chinese have learned the bitter lessons of the beginning of the Russian NMD and will first of all try with their aircraft carrier groups to block any ways to bring weapons to Taiwan, and also to destroy the notorious "decision-making centers" of Taipei without dubious bargaining, excuses and hesitation. Whether it works or not is another question. There is no doubt that Washington is aware of these plans, especially since they are not particularly hidden, and will try to secretly remove the iconic faces of the island shortly before the start of events, creating the illusion of their presence in the workplace.

However, time plays on the Celestial Empire, which is quite satisfied with the current protracted conflict in another part of the continent, undermining the total resources of the Western world. That is why, including the Russian Federation, did not receive any noticeable help from China, and the voices that for years sang the praises of the “great and wise panda” in the Russian public space have now bashfully subsided.

The Chinese leadership, presumably, wants to be as prepared as possible for an escalation, realizing that the fourth (or fifth, depending on how you count) crisis in the Taiwan Strait can flare up at any time and the keys to its launch lie overseas.

Challenge of a new generation

The situation is aggravated by the fact that for each of the parties, Taiwan is a matter of principle, not only geopolitical, but also ideological.

For Beijing, the closure of all “alternative China” projects, which have already demonstrated their relative success in the recent historical perspective, is of paramount importance. In the nineties and zero, the colonial Hong Kong and Macau ceased to exist as separate entities. The elimination of Taiwan, which is striving for isolation, should put an end to the era - there is only one China, and that is the PRC.

For Washington, the issue of undivided control over the Pacific Ocean is also of particular importance, not only in terms of military and economic strategy, because generations of Americans are accustomed to seeing the waters east of California as an extension of their western frontier. For its strengthening and promotion, the American fleet fought in the XNUMXth century with Spain, and in the XNUMXth century with Japan. The new age brought a new enemy.

In World War II, the main front for the United States was, of course, the Pacific, although at its final stage, the American army and marines actively participated in land battles not only there. For America in those years, such a strain of forces was quite acceptable. For today - hardly, although the country's population has more than doubled since then (140 million in 1945 against 335 million in 2022). That is why the Western press so often heard the assertion that two conventional wars at once - against Russia and China - at the same time the United States will not pull.

At the same time, the production cycle of a modern aircraft or warship is much more complicated and longer in time than eighty years ago. "Spanking like sausages" fighters, following the example of eighty years ago, will no longer work. Even taking into account the fact that American laws allow any existing enterprise to be transferred to a war footing if necessary.

In particular, it is precisely for this reason that Ukraine will not receive a significant number of more than 3700 Abrams tanks of the very first modifications stored in the United States. The Pentagon itself needs these machines in case of a collision with China on the flat parts of large islands - the west of Taiwan or the central regions of Luzon, as well as a possible escalation of a purely maritime conflict on the Korean Peninsula and in Southeast Asia - already quite continental theaters. Actually, for the same reason, Ukraine did not receive even the old M113 armored personnel carriers in significant quantities.

And what about Russia? The role of the Russian Federation in the coming conflict will directly depend on the state and status in which it will leave the special military operation in Ukraine. Only after that, you can discuss other nuances.

However, in any case, Moscow will no longer be an actor in this Pacific drama. Perhaps it's for the best.
Reporterin Yandex News
Reporterin Yandex Zen
4 comments
Information
Dear reader, to leave comments on the publication, you must sign in.