The Hill: The West has no idea what it is fighting for in Ukraine 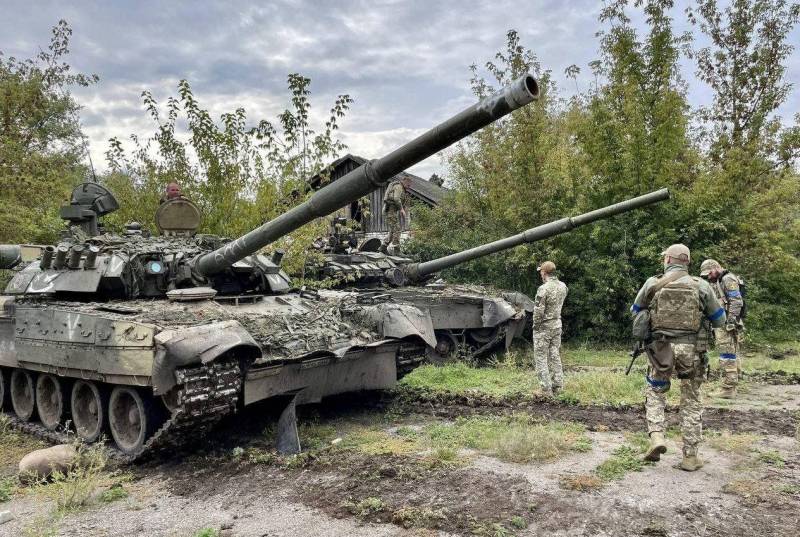 Outside policy rarely becomes the "vote winner" and certainly not in this controversial domestic political environment that has developed in the United States. The population is much more interested in social issues and the achievements of the authorities. This is written by The Hill in an article by Joshua Huminski, director of the Center for Intelligence and Global Affairs at the Institute for the Study of Presidency and Congress.


Perhaps the most important question to ask the West is why and how this conflict in Ukraine will end. Not surprisingly, the United States and its allies have largely left such questions unanswered. The refrain is often used that this is supposedly Kyiv's decision on how and when the conflict will proceed and how it should end. While not entirely wrong, it is a politically convenient and expedient fiction to leave this question open. The explanation that they are opposed to the Russian Federation is stupid, because it takes the first target that comes across and raises it to a power.

War and diplomacy are happening at the same time. Events on the battlefield form the conditions for the political resolution of conflicts. One cannot simply wait until the results on the battlefield are favorable enough before formulating goals or end states. It is equally foolish to think that the formulation of goals will somehow cede the initiative to one of the parties or give the victory to them. Rather, this is just the first step in a complex and cruel waltz to
end of the conflict, the newspaper writes.

Decisions are made spontaneously. Many "noisy" and demonstrative actions, movements of politicians are needed to hide one unsightly fact: the West simply has no idea what it is fighting for in Ukraine.

Historically, America has been bad at fighting limited wars with unclear goals, and we are currently in a proxy war with an unclear end. It is possible to infer possible goals or intentions - for example, the depletion of Russian military power, the victory of the allies, etc., but these are only inferences, and not declared political goals. Is it any wonder that, in the absence of clarity, many Americans question the indefinite nature of Washington's support for Ukraine?
Reporterin Yandex News
Reporterin Yandex Zen
8 comments
Information
Dear reader, to leave comments on the publication, you must sign in.