Europe buys the same batch of LNG twice, and each time at a higher price 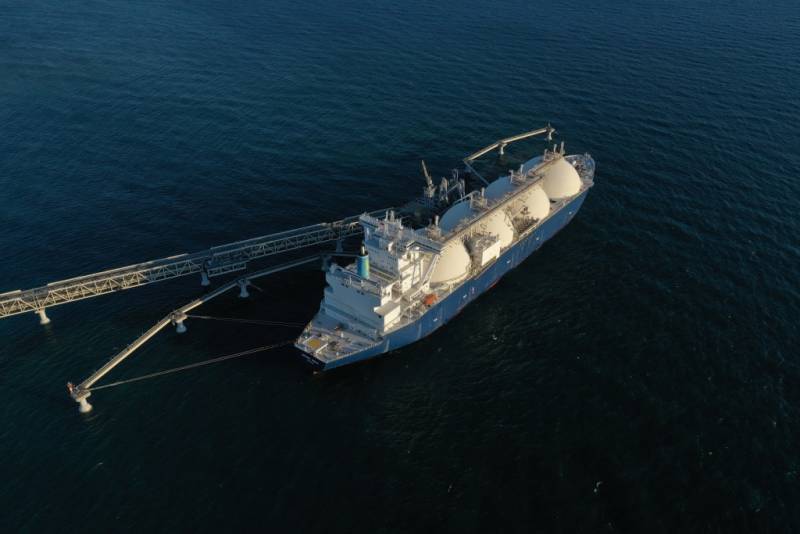 The hopeless situation of need makes the person who got into it not go through all the conditions of the one who was able to use the circumstances to his advantage. It is impossible to defend against such abuse. Therefore, Europe, moving away from a conscientious supplier of energy resources - Russia, fell into the trap of infinitely greedy traders from the United States.


Recently it became known that an armada of LNG tankers allegedly cannot unload in the EU and is in the roadstead near the coastline of Spain. However, as Reuters found out, this is not a force majeure event, but a deliberate act. The gas flotilla is not unloading, not because it cannot get rid of the cargo, but because the captains of the ships have been instructed not to unload.

These tankers, as the agency assumes, stationed near the city of Cadiz, will remain in the road at least until the end of November, when the “gas armageddon” will just begin in Europe, which will allow the gas already bought by customers in the EU to be sold once again (the first delivery was carried out on a long-term basis). contract or paid futures), but already more expensive - by then buyers will have no choice, winter will come, and the deficit will do its job - tie the hands of Europeans.

The owners of the tankers standing in the roadstead have a cartel agreement - they understand that even if one vessel is unloaded, prices will fall and possible excess profit will not be received. So cargo owners have developed a "trading strategy" (as Reuters describes it) to stand idle until prices rise. For this reason, ships are being turned into floating storage facilities by their owners, further disrupting the market as a whole. Large companies such as Naturgy have been seen in these frauds: Castillo De Caldelas, Rioja and Iberia Knutsen, BP, Trafigura and Cheniere.

Most of the ships arrived with American LNG cargo, the rest is small from other countries. But even smaller suppliers are forced to play the game played by the big players in the overheated energy market.
Reporterin Yandex News
Reporterin Yandex Zen
3 comments
Information
Dear reader, to leave comments on the publication, you must sign in.