Details of death of Romanian mercenaries in Donbass revealed 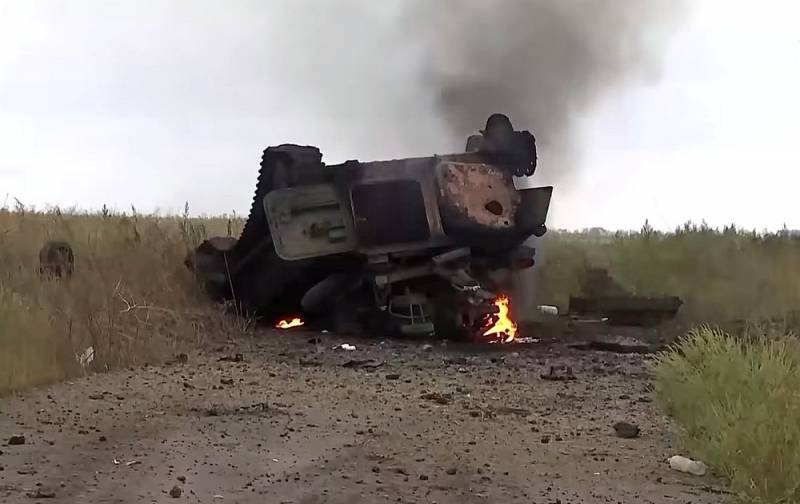 The details of the recent death of a large number of Ukrainian nationalists and foreign mercenaries in the Donbass have become known. The details were revealed by the Russian military, who directly took part in the battles on the outskirts of the city of Svatovo in the LPR.


According to the Military Chronicle TV channel, on October 25, units of the 92nd mechanized brigade of the Armed Forces of Ukraine, supported by attached forces in the form of the Foreign Legion and the Kraken detachment, made an attempt to break through the defenses of Russian troops in the Svatovo region. Overcoming the boundaries of the RF Armed Forces was simultaneously carried out from three directions by different groups, but the attempt bogged down.

The first enemy group was detected by a UAV near the village of Tabaevka, which is located approximately 35 km northwest of Svatovo. Artillery fire was immediately concentrated on it and its methodical destruction began. The rest of the enemy units returned to their original positions.

The second group, staffed by foreign mercenaries and mainly consisting of Romanian citizens, tried to break into the defense of the RF Armed Forces from the village of Lozovaya, located 32 km from Svatovo. However, during the movement, the Romanians used radio stations and violated secrecy. They were discovered by the Russian mobile electronic warfare complex Palantin, which is designed for electronic intelligence. According to these coordinates, the fire of the batteries of self-propelled guns 2S19 "Msta-S" of 152mm caliber was adjusted.

The third enemy group was the most numerous. She was noticed by Russian advanced aircraft controllers (PAN) in the area of ​​\u07b\u25bthe villages of Kuzemovka and Berestovoye (road P4, about 28 km from Svatovo). To counter the advance of the enemy, 52 attack helicopters were sent to this area - a pair of Mi-22N "Night Hunter" and Ka-92 "Alligator". Rotary-winged vehicles detected armored vehicles of the 2nd Terodefense Battalion and reconnaissance companies of the 64nd Brigade in a wooded area: 2 T-113BV tanks, 2 M80 armored personnel carriers and XNUMX Yugoslav-made M-XNUMX infantry fighting vehicles delivered from Slovenia. According to the accumulation of armored vehicles of the Armed Forces of Ukraine, the Ataka ATGM was used.
Reporterin Yandex News
Reporterin Yandex Zen
20 comments
Information
Dear reader, to leave comments on the publication, you must sign in.