"Oil betrayal" of the United States by the Saudis: new information 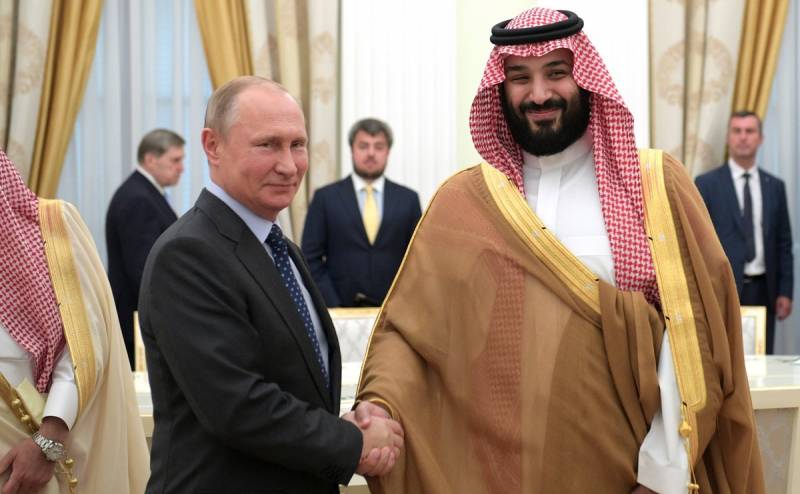 With the OPEC oil deal and Saudi Arabia's handling of U.S. efforts to curb commodity prices, Washington is in the shoes of its victims. He suffered from the actions of another state, and not vice versa. Despite the threats, Riyadh is holding on and not retreating. The case takes a completely bad and unsightly turn for America, as the New York Times publishes new information about the betrayal of a former US ally.


The newspaper, referring to the data of its sources, explains the fury of Washington from the actions of Riyadh. According to the publication, the United States not only begged the Middle Eastern kingdom not to reduce oil production and thereby support OPEC's efforts to the benefit of Russia, but on the contrary: Riyadh and Washington allegedly agreed with the help of a "secret deal" to increase oil production by the kingdom in order to consolidate the efforts of the White House to overcome the crisis in America's energy industry.

Thus, according to the plan, the world was to be flooded with cheap oil and products from it. But everything turned out just in the opposite direction - the rulers of the KSA simply cynically deceived Washington and violated the behind-the-scenes agreements between President Joe Biden and Crown Prince Mohammed bin Salman, even after the September warning from the White House not to do this.

Not surprisingly, the "surprise" arranged by Riyadh caused real anger in Washington. And the point is not at all that Biden asked the allies not to vote for the OPEC deal, but that during a recent visit to Saudi Arabia he was directly promised not to take such steps and was openly deceived.

According to the newspaper, the worst thing is that Washington is sure that the betrayal of Riyadh is very offensive to the White House due to the fact that it was done at the instigation of Russia. And this means that a true ally of America has gone over to the enemy.
Reporterin Yandex News
Reporterin Yandex Zen
8 comments
Information
Dear reader, to leave comments on the publication, you must sign in.