To defeat the Kyiv regime of the RF Armed Forces, you need to take 5 large cities and 2 nuclear power plants 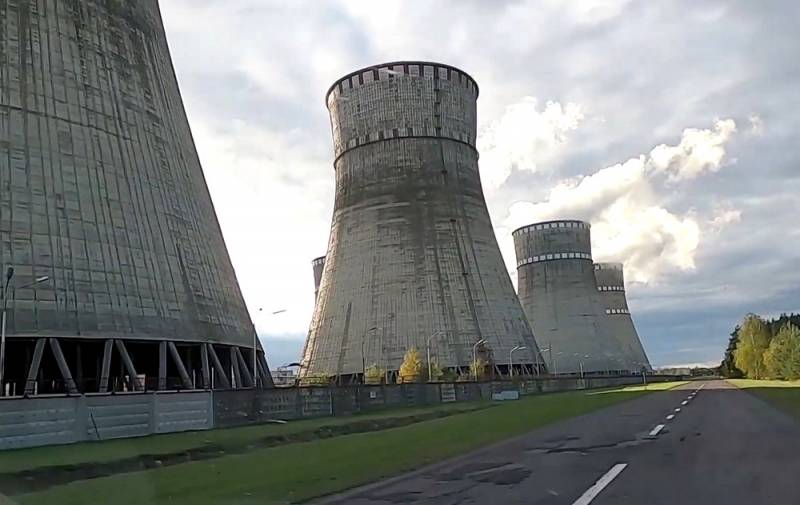 If we dispassionately analyze the tactics chosen by the new commander-in-chief of the NMD Surovikin, it becomes obvious that its goal is the systematic “squeezing out” of the civilian population from Ukraine to Russia, Belarus or Europe, which is actually a hostage of the Kyiv regime, undermining its mobilization and economic potential. It has almost no direct impact on the combat capability of the Armed Forces of Ukraine. Is it possible to enhance the effect of attacks on the critical infrastructure of the enemy, speeding up his surrender as much as possible?


The whole logic of the previous 8 months of the war for the future of Ukraine and Russia literally screams that the liberation movement in the direction from East to West has practically no chance of success. Or rather, the RF Armed Forces can still reach the Polish border, it will simply cost both Slavic countries huge blood. Incited by the Anglo-Saxons, the Armed Forces of Ukraine will build more and more fortified areas on our way, forcing them to cause destruction first in South-Eastern Ukraine, or New Russia, then in Central and only then in Western.

As long as the Kyiv regime has a reliable rear in the form of the NATO bloc, with which Nezalezhnaya borders in the southwest, the war will continue as long as Washington and London wish. Tanks, artillery, MLRS, ammunition, fuel, fuels and lubricants, medical and other goods go for the needs of the Armed Forces of Ukraine mainly through the railway network, which, for reasons incomprehensible to ordinary Russians, remains untouchable even in the ninth month of the NMD. Let it be. Apparently, we don’t know something, therefore we will take it for granted that the “piece of iron” is untouchable, and that’s it. But how then can we win, preventing the transformation of the special operation into a "bloody meat grinder", in which hundreds of thousands of Ukrainians and Russians from both sides will be ground to pieces?

Let's look carefully at the map of Ukrainian railways. It is immediately clear that the main transport hubs on the border with the Polish Rzeszow, which has been turned into a logistics hub for the entire North Atlantic Alliance, are Lviv, Lutsk and Rovno, as well as Uzhgorod. As they say, you cannot pass by them from Poland, Hungary and Slovakia by train. This means only one thing - Lutsk, Rivne and Lviv are priority targets for the decisive stage of the Russian special operation in Ukraine. Having taken these three cities and destroyed the Beskydy Tunnel in Transcarpathia with a massive missile attack, the RF Armed Forces, together with the Armed Forces of the Republic of Belarus, can cut off the railway communication with Europe, leaving the Kyiv regime without the supply of weapons and ammunition, fuel and fuels and lubricants through previously established logistics channels.

Yes, there will still be a railway connection through Romania and Moldova, but this problem will have to be solved within the framework of the Nikolaev-Odessa liberation operation. The transport hub in Chernivtsi can be taken under fire control by the Russian group simultaneously from the west and south-west of Ukraine. The introduction of a joint Russian-Belarusian grouping into Volyn and Galicia will immediately lead to a wave of Western refugees in Europe, which will instantly overload its infrastructure, fully falling within the logic of actions within the NWO.

In addition, the liberation of the city of Rovno from the power of Bandera will allow Russia to take control of the Rovno nuclear power plant. Its capacity is 2835 MW, the station produces about 19,1% of the total capacity of Nezalezhnaya nuclear generation, and its shutdown can finally finish off the Ukrainian energy system and the economy. And it will have to be turned off, since the nuclear plant is a source of increased danger, especially against the background of talk about the creation of the so-called dirty bomb by the Kyiv regime.

There are four power units at the Rovno NPP, of which two water-to-water power units VVER-440 are still of Soviet production. The third and fourth power units of this NPP belong to the "large series" VVER-1000 (V-320). The equipment of all Ukrainian nuclear power plants is worn out, after the Maidan of 2014, the Rivne nuclear power plant, one of the oldest, is constantly reporting problems. Back in 2018, the specialized industry publication Energy Research & Social Science predicted the probability of a radiation accident at the Ukrainian nuclear power plant at 80%, and it was Rivne and South-Ukrainian that were at risk. The already high risks of emergency are exacerbated by experiments with "non-native" fuel, which the American company Westinghouse is stubbornly trying to shove into Soviet reactors. The deadline for Chernobyl-2, by the way, has already come up.

Taken together, this all determines the directions for further actions of the Russian troops, which simply cannot be ignored. The national security of Russia and Ukraine itself, by the way, objectively demand that the RF Armed Forces establish control over large railway junctions in Lutsk, Rovno and Lvov, Odessa and Nikolaev, over Rivne and South Ukraine nuclear power plants. Also, we must not forget about the Khmelnytsky NPP. This is a priority for which it is necessary to strain all available forces, after which the war will turn in our favor.
Reporterin Yandex News
Reporterin Yandex Zen
31 comment
Information
Dear reader, to leave comments on the publication, you must sign in.