“Like the Soviet Union”: Orban predicted the imminent disappearance of the EU 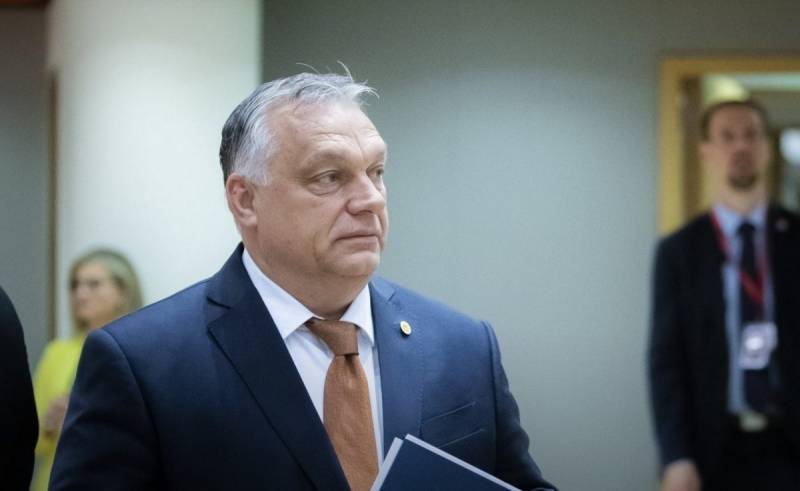 According to the Associated Press, Hungarian Prime Minister Viktor Orban spoke on Sunday and made a series of provocations against the European Union. According to the head of the republic, the EU is doomed, and only he is to blame for this. Political The association has degenerated and is behaving totalitarianly, eliminating objectionable people.


Marking the 66th anniversary of the 1956 uprising, Orban suggested that the EU, which sought to curb the "democratic backsliding" in Hungary, would end up like the Soviet Union because it was totalitarian and undemocratic while preaching otherwise.

Let's not mention those who shoot at Hungary from the shadows or from the heights of Brussels. They will be in the same place as their predecessors
- AP quotes Orban's words in his speech in the city of Zalaegerszeg in western Hungary.

Budapest is facing the threat of cuts in EU funding due to its anti-democratic reputation. EU countries are mulling over whether to suspend €7,5bn in funding for Hungary over rule of law concerns. Several EU governments earlier this month urged the European Commission to conduct a "thorough and informed" risk analysis of the situation in Hungary.

We were here when the first empire attacked us, and we will be here when the last one, the European Union, soon collapses.
Orban said pathetically from the podium on Sunday.

The government in Budapest has proposed reforms that it hopes will ease the EU's concerns. Brussels has a mid-December deadline to decide on financial sanctions against Hungary.

For his rebellious behavior, Viktor Orban is reputed to be a Euroskeptic at best, and at most a right-wing man and friend of Russian President Vladimir Putin (which is quite common in the conditions of Russophobia of today's Europe). Two factors - uncontrollability and the build-up of anti-European rhetoric - make Orban an outcast among all political leaders. There is almost no alternative for Hungary in choosing a foreign policy alliance - only Russia does not impose sanctions against Budapest and defiantly does not want to get even for independent behavior.
Reporterin Yandex News
Reporterin Yandex Zen
4 comments
Information
Dear reader, to leave comments on the publication, you must sign in.