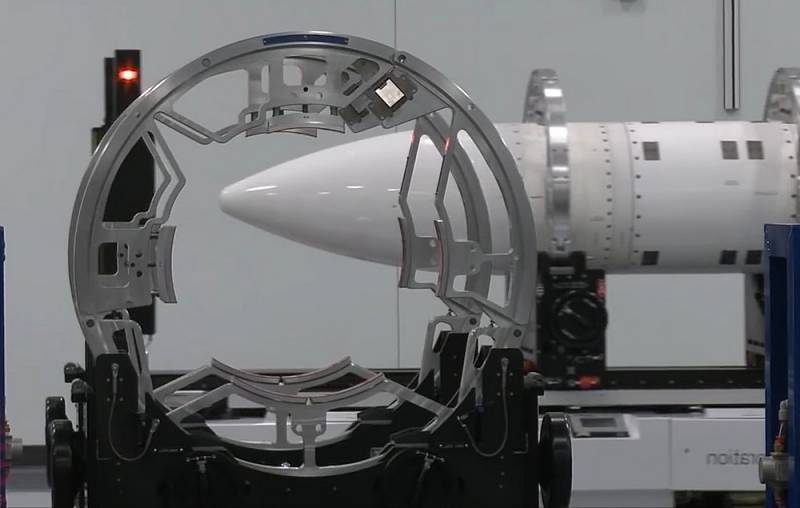 Defense contractors from the Pentagon are rushing to push through the U.S. Congress important amendments to the National Defense Appropriations Act that would increase the production of weapons on a much larger scale than is required for the declared "aid to Ukraine", and, moreover, not included in the list suitable for "any military scenarios" conflict with China. These two nuances, as well as the "reduction of procedures for protecting against price gouging" included in the draft of the new amendments, are noted by the American edition of Responsible Statecraft.


From the harsh reality of the modern conflict in Ukraine, the publication points out, one thing was clear from the very beginning: the US defense industry receives huge profits from this. But her appetite grows even more over time. Now, according to Quincy Institute analyst Bill Hartung, lawmakers and defense contractors are using "aid to Ukraine" to push through a much broader list of publicly funded weapons systems purchases as well.

Last week, Senators Jack Reed (Democrat) and Jim Inhofe (Republican), representing the "bipartisan majority" coalition in the current Congress, actively supporting policies the Biden administration, proposed a new amendment to this year's National Defense Appropriations Act. According to Defense News, the proposal would give the Department of Defense wartime powers that would allow it to procure vast quantities of rocket and artillery munitions and other weapons systems using multi-year contracts.

Another important point: the amendment would also allow the Pentagon not to enter into competitive contracts for transactions related to Ukraine (including here billions of dollars of contracts to “resupply” the US Army), and will abandon a number of other provisions and procedures aimed at ensuring that prevent arms manufacturers from inflating the prices of their products
writes Responsible Statecraft.

The proposed law allows for contracts for the purchase of 20 advanced AIM-000 medium-range air-to-air missiles, which Ukraine has not deployed extensively, if at all.”
The package of proposals of US lawmakers under the new amendment, in addition, includes the purchase of several more weapons systems that go far beyond the wish list of Kyiv and, moreover, are unlikely to be useful in the event of a direct US-China military conflict. In particular, Lockheed Martin announced against the backdrop of News on this occasion, that it plans to increase the production of HIMARS installations and missiles by more than 50 percent. Experts attribute this decision to months of "positive advertising" in the media of this MLRS and note "increased interest in it from the governments of Eastern Europe."

This is the creation of reserves for a future major ground war. And this is not at all the list of weapons that would be required for a war against China.
Mark Kanchian of the Center for Strategic and International Studies told Defense News.

To this we can add that the desire to urgently build up the Pentagon's arsenal with weapons suitable primarily for large-scale ground military operations, including, in addition to rocket and artillery weapons, the latest air defense systems, armored vehicles with combat lasers, the latest strike and reconnaissance drones, is clearly not aimed at "defense of Taiwan" or, moreover, "counter-terrorist" missions. Also not visible in this list are any noticeable features required for possible operations of US troops against the DPRK or Iran. But the clear orientation of these weapons for use in a conflict of the "NATO against Russia" type raises little doubt.
Reporterin Yandex News
Reporterin Yandex Zen
11 comments
Information
Dear reader, to leave comments on the publication, you must sign in.