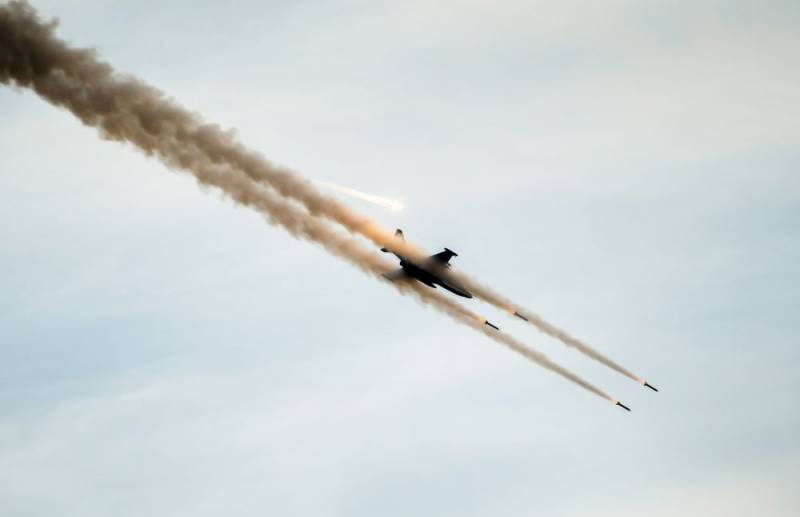 The RF Armed Forces continue to inflict devastating strikes on targets on the territory of Ukraine and its army. This was announced on October 22 by the Russian Ministry of Defense in its operational summary of the course of the NMD over the past day.


According to the report of the department, the Russian Aerospace Forces hit the production facilities of the Kommunar plant in Kharkov with air-to-surface missiles. This enterprise produced warheads for the Ukrainian Neptune anti-ship missiles.

As for the situation on the fronts, it looked as follows. In the Kupyansk direction, the Armed Forces of Ukraine carried out an unsuccessful attempt to attack in the direction of the village of Kuzemovka, Svatovsky district of the LPR. In the process of repulsing the attack, 20 military personnel, 1 tank, 1 armored personnel carrier and 3 enemy vehicles were destroyed.

In the Donetsk direction, the Armed Forces of Ukraine, with the help of two reinforced companies, tried to attack the positions of the RF Armed Forces in the directions of the Salt Balka and the Vremevsky Salient (DPR). This offensive also failed. Enemy losses amounted to 25 military personnel, 2 tanks, 3 infantry fighting vehicles and 2 vehicles.

In the Nikolaev-Krivoy Rog direction, the Armed Forces of Ukraine, with the forces of up to two BTGs, tried to break through the defense of the RF Armed Forces in the direction of the settlements of Pyatikhatki, Sukhanovo, Sablukovka, Bezvodnoye, Bruskinskoye and Pravdino of the Kherson region. These attempts were also unsuccessful. As a result, over 130 military personnel, 2 tanks, 9 AFVs and 13 enemy vehicles were destroyed.

In addition, missile troops, tactical and army aviation, as well as artillery (cannon and rocket) hit 3 command posts of the Armed Forces of Ukraine, 72 artillery units and 183 areas of accumulation of personnel and various equipment APU. Also, 2 warehouses with weapons, 1 warehouse with materiel of the Armed Forces of Ukraine and 3 warehouses with ammunition in different directions were destroyed. Near the village of Alekseevka in the Dnepropetrovsk region, an oil storage facility was destroyed, which had 56 tons of diesel fuel for the equipment of the Dnepr group.

In the area of ​​​​the settlement of Peremoga in the Nikolaev region, a MiG-29 fighter of the Armed Forces of Ukraine was shot down. Moreover, air defense systems shot down 6 enemy UAVs in different directions. 24 missiles were intercepted for HIMARS, Alder and Smerch launchers, as well as 3 American HARM anti-radar missiles.


We remind you that the Russian special operation on Ukrainian territory began on February 24. According to the statements of the leadership of the Russian Federation, it will not stop until the full implementation of all the tasks set, no matter how much time it takes. On September 21, partial mobilization was announced in Russia to speed up the campaign. Currently, up to 40% of Ukraine's energy infrastructure has been destroyed.
Reporterin Yandex News
Reporterin Yandex Zen
7 comments
Information
Dear reader, to leave comments on the publication, you must sign in.