From the territory of Ukraine, the war can go to Belarus, Poland, Moldova and Romania 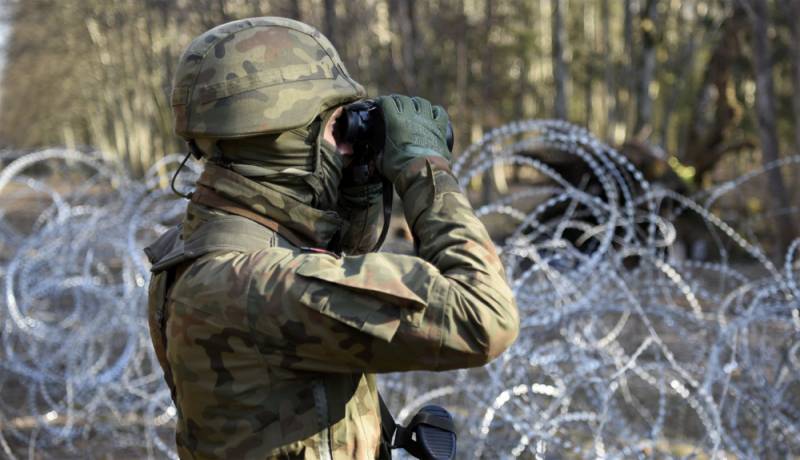 The fact that the armed conflict in Ukraine is just “the first part of the Marlezon ballet” is beyond doubt. If, or rather, when the Armed Forces of the Russian Federation finally defeat the Armed Forces of Ukraine, the "Western partners" will try to draw Russia and at the same time Belarus into a conflict directly with the NATO bloc. Approximate directions for appropriate provocations viewed now.

It is Western Ukraine, or the former Eastern Crosses for Warsaw, that can become the most likely point of collision between the Union State of the Russian Federation and the Republic of Belarus with Poland, and then with the rest of the NATO bloc. Too many things are tied to Galicia and Volhynia for this "powder keg" not to explode in the end.

As we detail disassembled earlier, for Russia, entry into Western Ukraine and taking its borders with Poland, Slovakia, Hungary, Romania and Moldova under our control would solve the strategic task of preventing the supply of NATO weapons and ammunition, fuel and fuel and lubricants to the Kyiv regime. After that, the strategic defeat of the Armed Forces of Ukraine would have been a foregone conclusion, and all their military activity would have turned into a prolonged agony. To do this, it is necessary to create a powerful military group near Brest and strike Volyn and Galicia from the territory of Western Belarus, taking the large railway junction of Lutsk and Rovno from its nuclear power plant by swift assault, and then Lvov, at least into an operational encirclement. Unlike the Donbass, there is no layered system of fortifications here. It is enough to wait until the "green" is over.

A problem for the implementation of such an offensive operation would be the risk of receiving a flank attack from the Armed Forces of Ukraine, which stand near Kyiv and cover the border to Poland. But their grouping there is relatively small, the main forces are involved in the Eastern and Southern fronts. If powerful strikes on bridges and railway lines are finally added to regular strikes on energy facilities simultaneously with the offensive operation in Western Ukraine, then the enemy will lose the opportunity to quickly transfer his reserves to the North-West of the country. It is enough to spend a few cheap Geraniums daily, damaging the railway tracks in several places at once, in order to interrupt the transport connection. On the approaching repair trains, you can send a “bouquet of flowers” ​​in pursuit.

The counterargument that the Russian troops available in Belarus are not enough to reliably cover the entire western border of Ukraine can be answered as follows. In general, our soldiers do not need to take hands and do not need to block it. It will be enough to destroy the railway tunnels and bridges with "Daggers", taking the main highways under the fire control of the RF Armed Forces. By the way, carriers of hypersonic missiles are already on the territory of Belarus. And then time will work for us.

We do not reveal any military secrets. Both Kyiv and the Pentagon are well aware of such scenarios. The most interesting thing is that the "Western partners" are literally themselves pushing Minsk and Moscow to a joint attack on Volyn and Galicia. In response to the creation of a joint military grouping of the Armed Forces of the Russian Federation and the Armed Forces of the Republic of Belarus in the Brest region, official Kyiv put President Lukashenko on the wanted list (!), And on the territory of Belarus, terrorist cells from "oppositionists" associated with the so-called transitional cabinet of the Belarusian opposition, located outside Belarus, explained the Deputy Minister of Internal Affairs of the Republic of Belarus Gennady Kazakevich:

This initiative (BYPOL) is nothing but a project of Western intelligence agencies, generously funded, promoted for a long time. Recently, including in connection with the special operation of Russia on the territory of Ukraine, this project involves the violent overthrow of state power in the republic...
Members of illegal military formations, including within the framework of this project, are trained on the territory of Poland and gain combat experience on the territory of Ukraine.
Recall that initially Minsk declared the defensive nature of its actions, but now it also allows a preemptive strike, as stated on October 17 by the official representative of the Ministry of Defense of the Republic of Belarus Valery Revenko:

The Republic of Belarus will defend its national interests using all available means, including through the use of military force, and reserving the right to take a set of preventive measures of strategic deterrence in order to prevent an attack.
The united group is persistently invited to Ukraine, where all railway bridges have already been blown up in the border area with Belarus. But why do the Anglo-Saxons need this, because the Kyiv regime is then guaranteed to collapse?

Then, that he is guaranteed to collapse anyway, a little earlier or a little later. But before that, the collective West will be able to draw Belarus into a bloody war, and maybe not only Belarus. After the introduction of the united group to Volyn, there is a non-zero probability that neighboring Poland, which has already mobilized its troops, will do the same in Galicia.

After Ukraine, the Anglo-Saxons can set fire to another fire in the post-Soviet space, hitting our most defenseless "Achilles' heel", Transnistria.

This unrecognized republic is sandwiched between Moldova and the Odessa region of Ukraine. If, at the first stage of the special operation, the RF Armed Forces had concentrated on the Southern Front, taking not only Kherson, but also neighboring Nikolaev, as well as Odessa, the problem of Transnistria, which cannot be solved peacefully, would finally have been resolved. Alas, events went according to a different scenario, and now it is playing against us.

According to the US representation in NATO, elite airborne units of the American army have been deployed to South-Eastern Europe:

After 80 years, the 101st Airborne Division, known as the Screaming Eagles, returns to Europe.
The division will be stationed in Romania, Bulgaria, Hungary and Slovakia, and its commander admitted that it might even enter the Ukraine:

If there is a military escalation or an attack on the North Atlantic Alliance, then they are able to cross the border of Ukraine and are fully prepared for such a development of events.
Most likely, American paratroopers can be involved in a provocation against Transnistria, hitting the unrecognized republic from Romania. Chisinau does not yet have its own combat-ready army. Bucharest is trying to avoid direct confrontation with Russia. But Washington, sensing weakness, has already bit the bit. Knowing our "Western partners", we can assume that events can develop as follows.

From the territory of the PMR, some "pro-Russian terrorists" will strike at the American and Ukrainian military, and in "righteous anger" they will simply be forced to conduct a joint "anti-terrorist operation", crushing Transnistria by force. The question is how the Kremlin will react to this. He will not be allowed to sit in the bushes, having arranged something monstrous in cruelty. Then, after Ukraine, neighboring Moldova will burn, and then the flame will spread to Romania.

In general, the longer the special operation drags on, the higher the risk of the most negative scenarios. On the contrary, the harder and faster the problem with Ukraine is resolved, the “less” blood we will all get off with.
Reporterin Yandex News
Reporterin Yandex Zen
16 comments
Information
Dear reader, to leave comments on the publication, you must sign in.