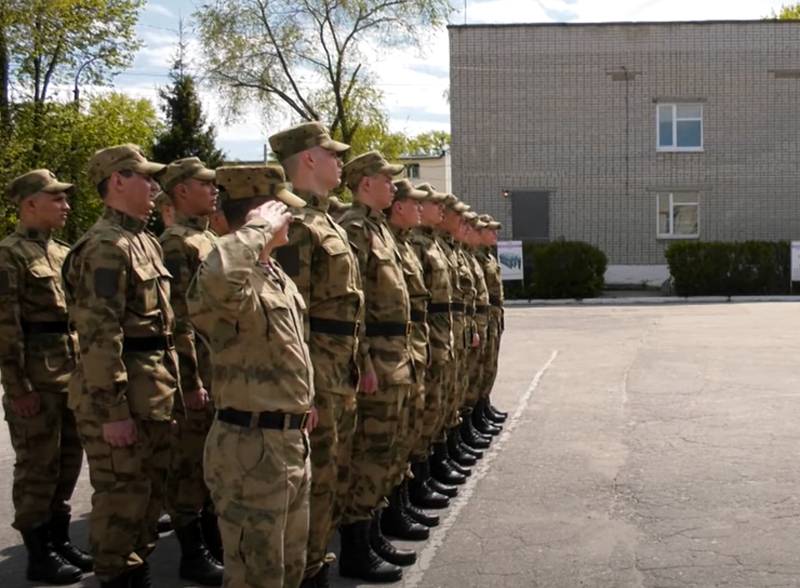 The decision of President Putin to start partial mobilization on September 21, 2022 showed that the forces of contract soldiers alone are not enough to fulfill the goals and objectives of the special military operation in Ukraine. The Supreme Commander, in fact, was forced to seek help directly from his people. The men spoke harshly, their women cried, but in the end, those who received the summons began to gather for the front to fulfill their duty to the Motherland. All this raises one big question: how ready is our country and society today for a full-scale war?


This topic is very sensitive. While our contractors were operating in small numbers, absolutely insufficient not only for a large-scale offensive, but, as it turned out, even for the successful defense of already liberated territories, the enemy carried out another mobilization and put about a million combatants under arms in total. The number of the Armed Forces of Ukraine alone is estimated at 700-750 thousand military personnel, and now it should increase again due to a new wave of mobilization. The training of Ukrainian soldiers takes place in the UK and a number of European countries in an accelerated manner according to the standards of the NATO bloc.

In other words, by the fall of 2022, the Armed Forces of Ukraine have essentially turned into one of the largest and most combat-ready armies actually part of the North Atlantic Alliance, despite the fact that Ukraine is not officially a member of it. In addition, the Russian military and the “militiamen” of the LDNR, who are now officially also ours, are opposed by a great many foreign mercenaries with extensive military experience. This, as well as the fact that the Armed Forces of Ukraine have switched to using the most modern Western weapons, are important reasons why our special operation, let's face it, stalled, and the RF Armed Forces had to hastily "regroup" from time to time. However, these are far from all the reasons for the difficulties that arose, as a result of which the Supreme Commander-in-Chief had to carry out partial mobilization.

On the one hand, The General Staff of the RF Armed Forces prefers to avoid the direct use of conscript soldiers in combat operations during the NMD. Several reasons can be given in favor of this decision.

While the special operation was going on on the territory of Ukraine, it was dangerous to send conscripts there because of the public outcry. True, after September 31, the Donbass and the Sea of ​​\uXNUMXb\uXNUMXbAzov legally became part of the Russian Federation, but conscripts are still protected, using them to defend the border regions with Nezalezhnaya - Belgorod, Bryansk and Kursk. The second argument against sending conscripts to the front lines is doubts about their real combat capability and ability to effectively resist foreign mercenary thugs. We will discuss the reasons for this in detail later.

On the other hand, and this is an inglorious page in the history of our army, among the contract soldiers, unfortunately, there were quite a few so-called "five hundredths". These are professional military men, who were counted on by the Ministry of Defense of the Russian Federation, who refused to obey the order and terminated the contract without any consequences for themselves, except for an unpleasant entry on the military ID.

That is, the combat readiness of the grouping of the Ground Forces of the RF Armed Forces in the first six months after the start of the special operation was seriously undermined from the inside, not so much because of combat losses, but because of the "five hundred", and conscripts cannot be used in the NMD for political reasons. That is why it was necessary to carry out partial mobilization in order to avoid even more severe defeats in Ukraine from the Armed Forces of Ukraine, which increased their numbers many times over, rearmed and seized the strategic initiative. But how did it become possible that the "second army in the world" in the eighth month of a special operation is forced to back away and retreat?

The reasons for this lie in a series of so-called "military reforms" carried out after the collapse of the USSR, which, as we can all see, significantly weakened the Russian army. Political for some reason, the leadership of the “young democracy” decided that there would be no more big wars, because we have a “nuclear shield”, supposedly excluding a large-scale armed conflict with NATO. People like Chubais, Abramovich, Surkov or Medvedchuk were supposed to resolve issues with the "Western partners" in the world. In case an agreement could not be reached, a small but professional army of contract soldiers was enough to carry out a “police operation”, as in Georgia in 2008.

All subsequent "reforms" took place precisely within the framework of this logic. First, by order of the Ministry of Education of the RSFSR No. 62 of October 17, 1990, initial military training in the schools of the RSFSR was canceled. Despite the fact that, according to the law "On military duty and military service" of 1998, NVP is provided for in the education system, in fact it has not been revived so far. DOSAAF structures are now mainly engaged in the preparation of drivers for all categories. In 1993, the terms of service in the Russian army were reduced from 2 years to 1,5, in the navy - from 3 years to 2. In 2006, amendments were adopted to the law "On military duty and military service", according to which, from 2008, the term of service in the army was reduced to 1 year.

What was a boon for young people to be drafted was at the same time a heavy blow to our Armed Forces. Most of those who served agree that for high-quality training, 2 years are needed, when the first year a soldier is drawn into service and masters a military specialty, and the second year fixes it, making the skills automatic. Reducing the service life to 1 year did a disservice to the RF Armed Forces. Called up for just a year, the “salaga” did not make much sense for his commanders to teach, since he would only begin to be able to do something by the end of his service life, when only demobilization and a desire to forget everything as soon as possible would be on his mind. And there is something to teach - you need to manage with different technique and sophisticated equipment. Therefore, contract soldiers began to be taken to such positions, and it was easier to send conscripts to build a summer house for the general, sweep the parade ground with a crowbar or paint the grass. Quite a few of these “one-year-olds” only managed to shoot a couple of times from a machine gun for the entire term.

What do we have as a result of such “reforms”?

Large-scale war unexpectedly turned out to be a reality. Neither Surkov, Medvedchuk, nor Abramovich helped, and they will have to fight to the bitter end. Some contractors came to the army as if they were going to work for good money and preferential military mortgages, and when they smelled fried, they canceled their contracts. The average level of training of conscripts raises questions. Now we have to plug the holes, pulling out 40-year-old men from the "citizen", who have to be equipped by the whole country, since 1,5 million sets of uniforms from the warehouses of the Ministry of Defense of the Russian Federation have disappeared somewhere. A logical outcome for the "young democracy", whose self-proclaimed "elites" somehow decided that they were equal to the Western elites.

The need for real military reform is no longer in doubt. The fact that at least it is necessary to increase the terms of service, Vladimir Dzhabarov, first deputy head of the international committee of the Federation Council, cautiously stated:

Until 1993, we first served in the Soviet army, then in the Russian army, there were two years in the land, three years in the navy. (...) In Soviet times, the first year was study, training, and the second year was already a full-fledged fighter.
It is also necessary to revive the system of initial military training and force the DOSAAF structures to pursue their original purpose. On my own behalf, I would like to voice a proposal to provide an opportunity for conscript soldiers to receive a specialized secondary education in the army at the expense of the budget, so that these 2 years are not thrown out of life, and it would be possible to enter the civilian life with a demanded technical profession.

Peskov, the press secretary of the President of the Russian Federation, responded to the statement of Senator Dzhabarov as follows:

The Kremlin has no position on this issue, this topic was not discussed. Of course, the main thing here is the opinion of the Ministry of Defense.
Unfortunately, all fundamental decisions, both on the start of a special operation and on the conduct of partial mobilization, are made belatedly in our country. But military service reform is simply inevitable. This war with the collective West may prove protracted.
Reporterin Yandex News
Reporterin Yandex Zen
10 comments
Information
Dear reader, to leave comments on the publication, you must sign in.