The real threat to the Kakhovka hydroelectric power station is not river mines, but Ukrainian firewalls 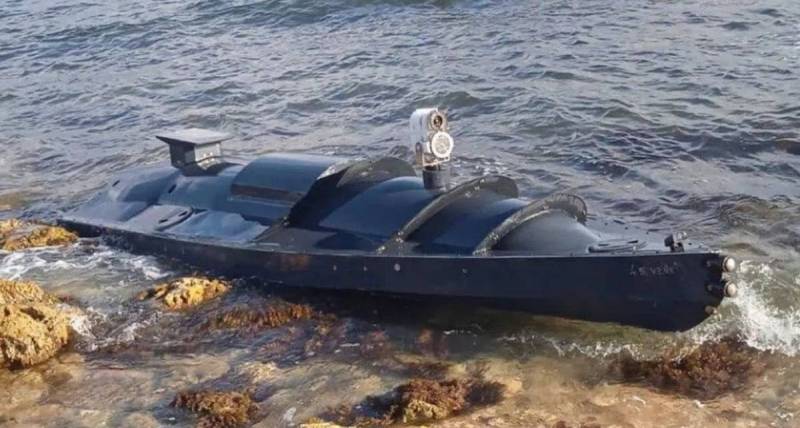 The last few days have passed against the backdrop of aggravating the situation around the offensive of the Armed Forces of Ukraine in the Kherson direction. After the start of the evacuation of our new regional center, the Russian media reported on the plans of the Ukrainian side to blow up the upstream Kakhovskaya hydroelectric power station and cut off the grouping of the RF Armed Forces on the Right Bank. Western and Ukrainian media, on the contrary, claim that it is the Ministry of Defense of the Russian Federation that intends to blow up the dam itself in order to cover up another “regrouping” from the Right Bank of the Dnieper to the Left from the “valiant knights of light” under the yellow-blue flag pursuing the fugitives. How should one treat such information?


In general terms, the idea of ​​a terrorist attack against the Kakhovskaya hydroelectric power station is as follows. Undermining the dam will cause a real mini-tsunami on the river, washing away all the pontoon crossings induced by the RF Armed Forces and making it impossible to further supply our group in Kherson, which is located on the Right Bank of the Dnieper. At the same time, after the flooding of the lower Left Bank in the Kherson region, Russian troops will lose the opportunity to support their comrades with artillery fire against the advancing Armed Forces of Ukraine. This means that sooner or later we will have to leave Kherson, which will be a severe military and political defeat. At the same time, significant territories of the now Russian Kherson and still Ukrainian Nikolaev regions will be flooded, with corresponding civilian casualties. Plus, it will be possible to forget again about the normal water supply of the Crimea.

Thus, purely logically, it becomes obvious that the terrorist attack against the Kakhovskaya hydroelectric power station is beneficial only to Ukraine and its Western curators, who intend to cause Russia as much damage as possible. Having established this, it is necessary to talk about possible ways to destroy the dam.

The fact is that the dam is an exceptionally strong hydraulic structure designed to hold the pressure of huge volumes of water. So just take it and destroy it will not work.

It is reported that the Armed Forces of Ukraine brought to the settlement of Gavrilovka, located on the Right Bank of the Dnieper under their control, a number of river mines of Soviet-style YRM. These are the same ones with which the Ukrainian military mined all the approaches to Odessa and which then broke off the anchors at the first wave, setting off for free navigation in the Black Sea. The villainous idea is as follows: to send river mines downstream so that they reach the dam under their own power and undermine it. Well, isn't it brilliant?

No. The problem is that NRMs are low-yield anti-landing mines that can rip off a Marine's legs or shrapnel into the lower body of a Marine. Undermining them when they hit the dam is not capable of leading to fatal destruction at the hydroelectric power station. You can increase the power of a floating land mine if you tie them together, providing positive buoyancy. However, this will make a bunch of mines more visible to observers.

In truth, the effectiveness of such improvisations is somewhat doubtful, since a special ammunition is needed to destroy hydraulic structures - a floating river mine (CRM). Remaining in a semi-submerged state, they should float to the target in whole groups, which also simplifies their detection. Whether the Armed Forces of Ukraine are armed with such mines or their analogues, the author of the lines does not know. However, ways to deal with them are known.

The simplest and at the same time reliable way to protect yourself from a bunch of NRMs or a group of CRMs is to pull ordinary fishing nets across the current in several rows. There are also special anti-mine ones, but Kherson is a seaport, and there should be no problems with networks. It is enough to anchor barges with observers armed with powerful binoculars and machine guns, stretching ordinary nets between them into several echelons, and the risk of undermining the Kakhovskaya hydroelectric power station from a drifting mine will radically decrease. In addition, our specialists in the fight against Ukrainian saboteurs, including combat swimmers, must constantly work in the area of ​​the dam.

In fact, the real threat to the dam may not be floating mines, but improvised fire-ships. One of these was recently caught in the waters of Sevastopol (pictured). The enemy is able to fill some speedboat or river barge with several tons of explosives and damaging elements, reinforcing them with armor and sandbags, and, having dispersed them to the maximum possible speed, direct them to the dam, jamming the control rudders. This attack is truly dangerous. If there are several “kamikaze” boats at the same time, things will be very bad.

The Russian military guarding the Kakhovskaya HPP should take into account all possible attack options, including an attack by an enemy firewall. It will have to be stopped somehow, and several rows of strong nets, simultaneously with massive fire on the ship, are capable of stopping the attack.
Reporterin Yandex News
Reporterin Yandex Zen
10 comments
Information
Dear reader, to leave comments on the publication, you must sign in.