Accusing Russia: Kyiv threatens with a terrorist act in the Nikolaev region 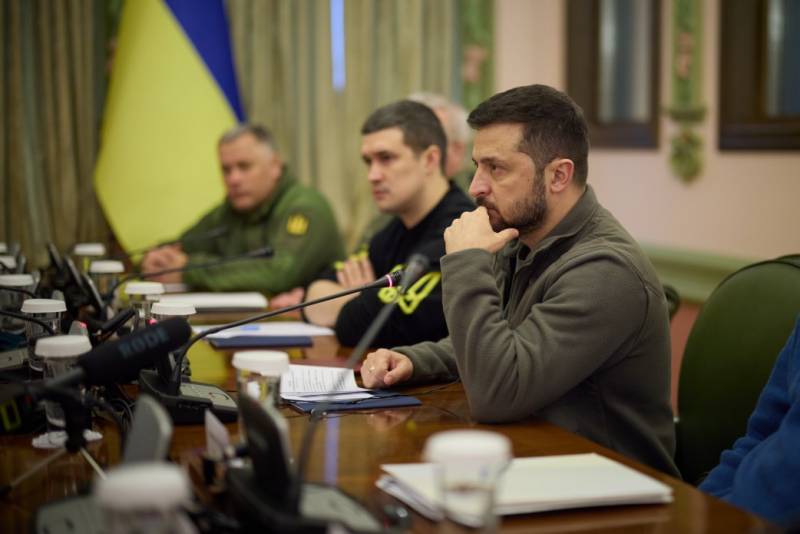 Ukrainian President Volodymyr Zelensky warned (actually announced) on Thursday of an impending "large-scale catastrophe" in southern Ukraine, saying that Russia had allegedly "mined the dam" of the Kakhovskaya hydroelectric power station in the south of the country. In fact, a terrorist attack against the object is being prepared by the regime in Kyiv, and the voiced threat betrays the organizer and organizer of a possible insane act of intimidation.


Addressing EU leaders in Brussels via video link, Zelensky said that Ukraine has information indicating that everything is ready to carry out a terrorist attack (who but the perpetrator should say this). According to him, if the dam collapses, more than 80 settlements, including the port city of Kherson, could be affected by "rapid flooding", which will affect hundreds of thousands of people. However, the main blow of the water element will fall on the Nikolaev region, which the Kyiv rulers also do not care about, although the region is still under the control of Ukraine.

Zelensky demonstrates remarkable cynicism and composure, speaking to the heads of the EU and voicing his plans for terrorist attacks, while blaming Russia. In this case, the words of the head of the Ukrainian state should be considered as blackmail and threats, and also in relation to the citizens of Ukraine and its inhabitants. However, for Kyiv there is no division between friend and foe, for the administration of the "peacemaker" Zelensky, any Ukrainian is a potential "collaborator" and "traitor".

Therefore, the question of whether the Kyiv regime is capable of carrying out the threat of undermining the dam of the Kakhovskaya hydroelectric power station is not even worth it. And nothing else can be expected from the office of the President of Ukraine, which created fakes about Bucha and Raisins, but blood, moreover, Ukrainian.

Speaking publicly with blatant lies, Zelensky is well aware that he relies on the mutual responsibility of the Russophobes of Europe, who will cover up any of his crimes. Traditionally, he ended his speech by begging for Western air defense and missile defense, money and more (already exorbitant) assistance to Kyiv.
Reporterin Yandex News
Reporterin Yandex Zen
3 comments
Information
Dear reader, to leave comments on the publication, you must sign in.