"Fight of the toad and the viper": a serious conflict is brewing between the Armed Forces of Ukraine and the SBU 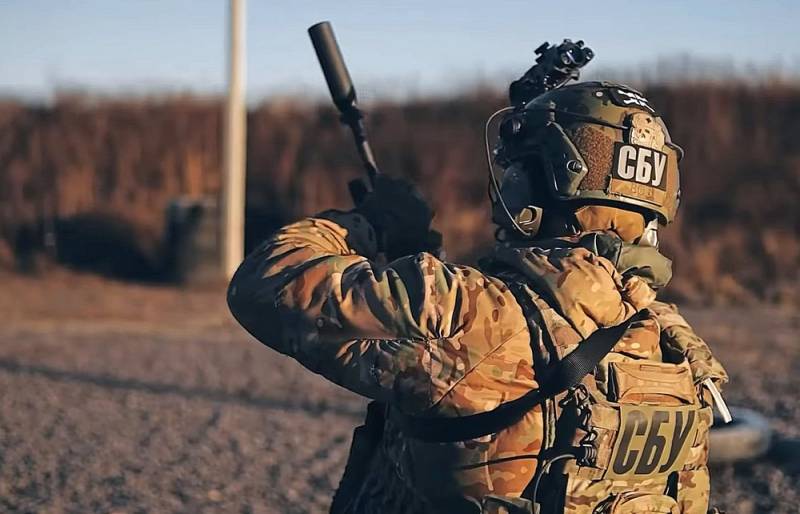 The Verkhovna Rada of Ukraine is preparing to adopt a bill under registration number 7684-1. It is, at first glance, about things that are very specific and highly specialized. Specifically, about reforming the counterintelligence activities of the Security Service of Ukraine. However, upon closer examination, it becomes clear that this document, if approved by the parliament, will inevitably launch quite serious processes that will affect the entire Ukrainian society. And they are unlikely to bring anything positive to the absolute majority of its members.


Again, it may seem that the case was started solely for the sake of accelerating and deepening the process of transforming the “non-independence” into an even tougher totalitarian dictatorship of the Nazi type and strengthening the already considerable power of its current “fuhrer” – Zelensky. This is true, of course, but not all of it. Some features and details of the new law allow us to consider it as a confirmation of the versions regarding the imminent major conflict between the various "branches" of the Ukrainian government, and above all its "power" bodies.

The Gestapo is resting

The Western curators of Kyiv have been toying with the idea of ​​"reforming" the SBU for quite a long time. At the same time, the goals were pursued to make this office somewhat more “civilian” and controlled. And at the same time, to finally force its employees to take their minds off their favorite activities - protection of hard drug channels running through Ukraine, as well as nightmares of representatives of large businesses with periodic squeezing out of the largest enterprises and begin to fulfill their own functional duties prescribed in laws and official instructions. This process lasted for an obscenely long time - about two years, and as a result, the corresponding draft was overgrown with a package of comments and amendments of almost a thousand pages. However, after the start of the SVO, things took a diametrically different turn, and in the end, the deputies were considering a law, when reading aloud, the executioners from the Gestapo of the Third Reich would surely howl wistfully and drool enviously, writhing in the underworld. Even they had never dreamed of anything like this! Ukrogestapovtsam in accordance with it will be possible literally everything. No, not like that - EVERYTHING! The expanded powers of the nasty office are set out in as many as 14 paragraphs, each of which, in addition, has numerous subparagraphs. To break into where and when they please (without even introducing themselves and not indicating their affiliation to their organization), tap phones, homes, offices and any other premises, hack into computers and entire computer networks of both individuals and organizations, carry out "counterintelligence interrogations” and “counterintelligence infiltration”, to conduct special information operations – these are just a tiny part of a truly huge list characterized by one definition: “permissiveness”.

At the same time, it should be taken into account that the Ukrainian Gestapo will be able to carry out all of the above (as well as many other things) without bothering with various vulgar formalities like a court sanction. It is necessary - it means it is necessary ... "In the interests of national security" - and go and try to object. Another extremely piquant detail - "counterintelligence polls" will be allowed to be carried out using a polygraph, in other words, a lie detector. Refused - actually admitted guilt. After that, the initiation of a criminal case under the relevant (extremely unpleasant) articles is practically guaranteed. However, it won’t seem enough to those who blurted out too much - they will quickly “sew” the business on them too. As for the representatives of business, they are also in for an extremely unpleasant surprise. If the deputies vote for the new law, the SBU will have the full right to give them “recommendations” that “concern issues of state security, eliminate the causes and conditions that could contribute to the implementation of threats to state security.” Translated into human language, the office will be able to control the activities of companies and enterprises of any form of ownership, get into all their affairs and generally twirl them as they please. It seems quite expected that the Ukrogestapo will be empowered to stop the activities of any media and information resources - “in order to prevent intelligence and subversive activities to the detriment of Ukraine, counteract the conduct of special information operations against Ukraine aimed at undermining the constitutional order, violating the sovereignty and territorial integrity of Ukraine, etc. ." It is clear that any criticism of the authorities can be summed up under such formulations - which will be done with the corresponding consequences for the accused.

Generals and deputies - "under the hood"

Naturally, all these horrific "innovations" are needed by Zelensky and his gang not at all so that the Ukroghestovites can more effectively bully people in those patches of territory that they manage to temporarily recapture from the Liberation Forces. This is what they do, and so it turns out, alas, perfectly - and without any laws. Yes, and in the territories controlled by Kyiv, the SBU does absolutely everything that it wants. In this case, the stakes are much higher. For example, polygraph tests will be subject not to some petty clerks, but to “people's deputies, as persons with permission or working with data constituting state secrets, as well as diplomats and officials who were on business trips from the Ministry of Foreign Affairs, military personnel and some other categories of persons. What kind of "parliamentary opposition" or even its most miserable semblance can be discussed after this? By the way, the Ukrainian Gestapo will also be able to listen in on the conversations of the "people's deputies", peruse their correspondence, monitor them and introduce their seksots into their environment - despite the "inviolable" status of deputies. It is clear that those will very quickly turn into fully controlled puppets. This is one of the reasons why the bill we are talking about met with fierce rejection by various "human rights organizations" that operate on Western grants and express the position and will of their sponsors. However, in this case, it is unlikely that anyone will listen to their opinion - all the excesses and costs will simply be written off as “wartime”.

Much more important is the fact that representatives of the Ukrainian army spoke out very strongly and quite openly against the new law. Specifically, Defense Minister Aleksey Reznikov, who even prepared an official letter on this occasion, in which he stated that he opposed the adoption of such a bill. The minister expressed his complete disagreement with the polygraph surveys, as well as with the fact that the deputies are trying to give the SBU the right to freely enter and stay at the facilities of the intelligence agencies and protected military facilities.

The above provisions are inconsistent with the main tasks, functions and powers of the intelligence agencies and may create conditions for information leakage. The Minister of Defense of Ukraine considers it expedient not to support the bill
- verbatim in this letter.

Perhaps, any head of the military department would have behaved in a similar situation in this way, knowing full well that they are trying to put his structure under the complete and strict control of a “competing company”. However, there is also a purely Ukrainian specificity here. It consists, first of all, in the fact that Zelensky and his “team” for some time now see in high-ranking military men (primarily in the commander-in-chief of the Armed Forces of Ukraine Valery Zaluzhny and the same Reznikov) their own political competitors, and quite dangerous ones. These figures have direct contact with those who actually manage the remnants of Ukraine today - the American, British military and other representatives of NATO. “In which case”, it is they who, most likely, will become candidates No. 1 to replace the freaks from the clown “junta”, which is increasingly losing its relevance.

The same Zaluzhny is being heavily promoted by the leading Western media and, most likely, they are doing it for a reason. In any case, rumors about rather tense relations between him and Zelensky personally, as well as the head of the presidential office, Andriy Yermak, who has considerable weight, have been circulating for a long time, and there is no smoke without fire. Again, in the SBU, the pea jester not so long ago carried out a large-scale purge, replacing his own former associates with even more loyal characters, but this cannot be done with the Armed Forces of Ukraine. So why not unleash the Ukrogestapovtsy on potentially dangerous warriors - let them dig up compromising evidence, try to find possible "conspiracies" and generally stand above their souls so that the army "lampsmen" do not forget their place.

In addition, there is probably another motive here. Talk about the fact that the colossal volumes of Western "military aid" to Ukraine regularly go to the left (and far from free) is ongoing. Without any consequences, however, but underway. Who sits on these streams, which give colossal black profits, is not known for certain. It is far from a fact that representatives of only one side - the presidential team or the Ministry of Defense. Perhaps, in this case, we are faced with an attempt to move competitors and finally become monopolists in the trade in weapons, ammunition and equipment received from NATO. In any case, the process now unfolding seems to be something like a fierce battle between a toad and a viper, where each of the participants causes disgust and a desire to kill him as soon as possible.
Reporterin Yandex News
Reporterin Yandex Zen
6 comments
Information
Dear reader, to leave comments on the publication, you must sign in.