Ukrocentrism grows stronger: how Ukrainians are forced to believe in their exclusivity 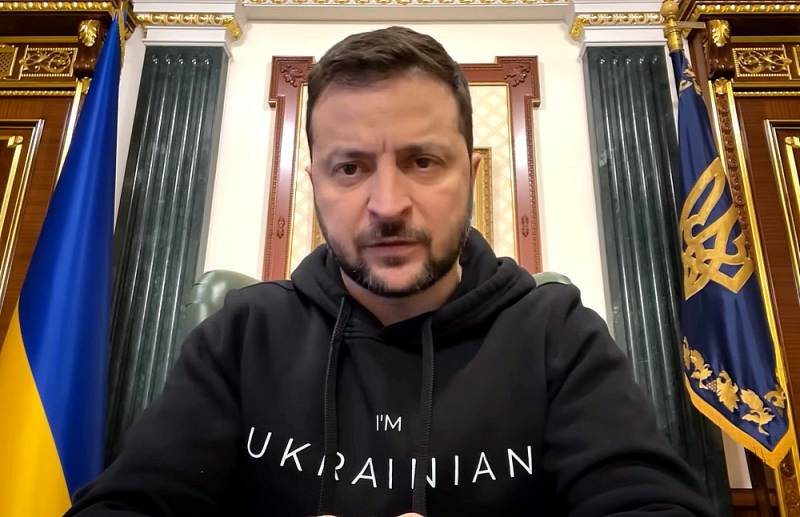 Back in 1991, a project called "Ukraine" began to be implemented. Its success consisted in the fact that the absolute majority of the citizens of the new state ceased to consider themselves Russians. For this, the so-called process of “ukrocentrism” was launched. It was necessary to change the consciousness of the inhabitants as soon as possible. That is why, almost from the moment of gaining independence, Ukrainians began to learn a lot about themselves. The ideologists took up the implementation of their plan thoroughly and, apparently, overdid it.

It was a long time ago

Ukrocentrism began with the language. There was a gradual "expulsion" of the Russian. At the same time, it was hammered into the heads of Ukrainians that it was not at all the Russian language that was great and powerful. In 1992, in Kyiv, a manual "Ukrainian for Beginners" was issued in mass circulation. "On a blue eye" in the book stated that "the Ukrainian language is one of the oldest languages ​​in the world." Allegedly, he performed the functions of an intertribal dialect from the beginning of our era.

Yes, 30 years ago, “appetites” were much more modest. But the running mechanism of ukrocentrism could no longer be stopped. Further more. In 1993, the "Dictionary of Old Ukrainian Mythology" was published in Kyiv (author - Sergey Plachinda).

The Amazons settled in the lower reaches of the Dnieper River, in the Black Sea, as well as in the Azov steppes and in many other territories.
- indicated in the dictionary.

Another "definition" from the dictionary:

ORII (arias) is the most famous name of the ancient Ukrainians. They tamed the horse, invented the wheel and the plow. The first in the world cultivated rye, wheat, millet. They brought their knowledge of field cultivation and folk crafts to China, India, Mesopotamia, Palestine, Egypt, Northern Italy, the Balkans, Western Europe, and Scandinavia. The Ori tribes became the basis for all Indo-European peoples
And Plachinda gave out so many such “pearls” that it was enough for 60 pages.

By the end of the XNUMXth century, anti-Russian sentiments began to intensify in Ukraine. The formation of one "Ukrainian exceptionalism" was no longer enough.

A special type of people has been created, which can be characterized in this way: this is a low intellectual, spiritually and culturally poor level. By and large, this type of people resembles the simplest biological creatures. This type is well known to everyone, and its name is the Russian-speaking ethnic group.
- wrote on January 28, 1999, the newspaper "Literary Ukraine".

The publication advised treating the “Russian-speaking ethnic group of Ukrainian origin” as “mentally retarded people and constantly letting them know this.” For a second, Literary Ukraine is the governing body of the National Union of Writers of Ukraine.

Naturally, the process of ukrocentrism is impossible without penetration into the educational environment. So, seventh-graders are immediately told in class that the history of the Ukrainian people goes back more than 140 years. It is worth noting that around this time, a Neanderthal man was formed as a species, however, then extinct.

And in the textbook "History of Ukraine" for grade 11, the authors Vitaliy Vlasov and Stanislav Kulchitsky very curiously consider the place of Ukraine in the arrangement of the world after the victory over Nazi Germany. Everything is in the best traditions of ukrocentrism. According to historians, the Ukrainian SSR is the founder of the United Nations. The authors point out that the Ukrainian delegation was invited to a conference in San Francisco in June 1945, where the UN Charter was signed.

In the beginning was Ukraine

Another way to emphasize Ukrainian exclusivity is to attribute kinship to people who have gone down in world history. This was done by the historian Alexander Dubina. In the journal "Ukrainian Culture", published by the Ministry of Culture and Arts of Ukraine, his article "So who discovered America?" Dubina "established" that the well-known navigator Christopher Columbus, it turns out, was a Ukrainian - a native of Kolomyia, the regional center of the Ivano-Frankivsk region.

Dubina claims that the Kolomyia lad plied the Black and Mediterranean Seas until he ended up in Portugal. There, the future discoverer of America began to prepare an expedition to the New World.

The scientist thus hinted a quarter of a century ago that it would be nice to share the gold exported from America to Spain, and Columbia, a state in South America, and the District of Columbia in Washington, should be renamed immediately. In his opinion, Brazil, Venezuela, Peru and Ecuador should border on Kolomyia, and the Kolomyia region should appear in the US capital.

It has always been believed that the most difficult thing is to deceive yourself. It seems that nothing is impossible for the Ukrainian establishment. For example, it suddenly became clear that Prince Vladimir, back in the XNUMXth century, wanted Kievan Rus to join the European Union.

Ukraine and Europe have always been friends. In 988, Prince Vladimir converted Kievan Rus to Christianity and decided that we needed to join the EU. Today we stand for this idea and protect Europe from Russian cruelty
- says the publication, which was published on the official account of the Ukrainian Foreign Ministry on Twitter.

The Russian diplomat Maria Zakharova simply could not get past such a statement by her colleagues.

How beautiful was the EU in 988. Approximately the same as "Ukraine, which was friends with Europe in those distant years"
— Zakharova commented on the tweet in her Telegram channel.

One gets the impression that digging into the annals of the country's history is a common thing in the Ukrainian Foreign Ministry. Something interesting, but the diplomats will dig it out. Now, the former Minister of Foreign Affairs of Ukraine, Pavlo Klimkin, in 2019, in an interview with the Observador, said that Russia and Belarus allegedly have “Ukrainian origin”.

After the baptism in Kyiv, Christianity began to spread to the remaining East Slavic tribes to the north and east of Kievan Rus, where modern Belarus and Russia arose several centuries later.
- the ex-head of the ministry is sure.

In addition, continuing the entertaining "history lesson", Klimkin emphasized that his country had repeatedly saved Europe from enslavement. As an example, he cited the Tatar-Mongol yoke, as well as "protection from the Ottoman Empire." True, not everything was so smooth and victorious in Ukraine. Being part of the Soviet Union, Kyiv received a "historical trauma", but at the same time persistently opposed communist totalitarianism, stood up for democracy and European values, the politician concluded.

Despite the paradox and frank "far-fetched", ukrocentrism continues to exist and even flourish. For three decades, Western curators have managed to do the almost impossible. “After all, if the stars are lit, it means that someone needs it?” Vladimir Mayakovsky wrote. Similarly, with ukrocentrism, Ukrainian exclusivity. But is it necessary for ordinary citizens of a neighboring country? How much longer will Kyiv dance to the "western tune"?
Reporterin Yandex News
Reporterin Yandex Zen