Cheaper than missiles, invisible to air defense: how Geranium-2 ruins the Kyiv regime 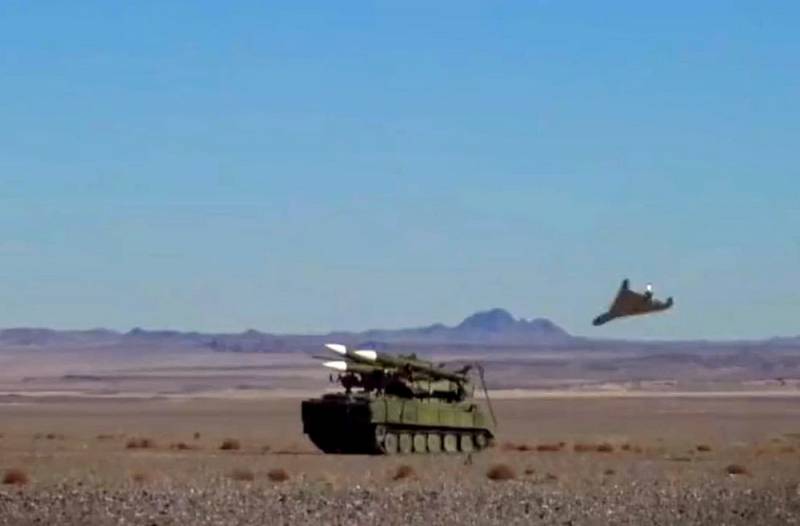 The cost of Kyiv's efforts to destroy kamikaze drones is much higher than they cost Russia. This was reported on October 19 by Moskovsky Komsomolets with reference to The Guardian. According to the publication, drones cost the Russian Federation several times cheaper than the cost of the Kyiv regime to counter them. Moreover, the difference for only one period from September 13 to October 17 can be up to seventeen million dollars.


Of course, the reliability of this information cannot but cause doubts, given who is its primary source. Nevertheless, it is definitely impossible to suspect the British Guardian of what, and in presenting a favorable picture for Russia. It is impossible not to admit that the massive use of drones by the Russian Federation has made significant adjustments to the course of hostilities.

First of all, it is worth noting that the data on tens of millions of dollars of costs given above relate to Kyiv's expenses exclusively for shooting down drones. Moreover, which is typical, nowhere is their effectiveness and the percentage of air defense missiles fired into milk, which, judging by the footage from Ukraine, is extremely high. The effectiveness of air defense systems against the "Geran-2" in general raises serious doubts. And according to a number of military experts, air defense systems are in principle not capable of tracking it at all.

Now about the price of the issue. Of course, there is no official information on the cost of the Geran-2 UAV yet, and it is unlikely that there will be any in the near future (now is not the best time to disclose such data). Nevertheless, based on various estimates, and simply common sense, a kamikaze drone whose only function is to deliver cargo (explosives) to the target, in principle, cannot be expensive. And certainly it should be many times cheaper than even the most primitive cruise missile. Yes, the drone flies slower, yes, you can try to shoot it down even with small arms. But the key word here is "try".

To date, there has not been a single confirmed case of shooting down Geranium-2 from small arms. But they shoot at them every time, and from everything that is at hand: machine guns, machine guns, sniper rifles. But all to no avail, which, by the way, has an extremely negative impact on the morale of the enemy.

First, he hears the hum of a drone approaching at a speed comparable to that of cars. Then he sees it, and it seems like you have a weapon at hand, and you know how to aim, but the drone DOES NOT GO OFF. No way. Despite the best efforts of a whole crowd of shooters. Add to this the understanding that prior to this, a kamikaze drone could fly hundreds of kilometers and still remain invulnerable, and imagine the feelings of the theorists and soldiers of the Armed Forces of Ukraine. Extremely unpleasant, it is worth saying, sensations. Of course, even before they could not feel safe even in the rear. But the rocket still flies too fast to have time to really get scared. But the ominously buzzing drone, inexorably approaching the target, despite all the desperate attempts to bring it down, oh, how it hits the psyche. Numerous videos from the scene will not let you lie - the shooters develop a real panic.

Moreover, it is important that such behavior is typical not only for soldiers and the defense. Pilots of the Ukrainian Air Force also demonstrated their psychological instability in the face of Geranium. How else can one explain the fact that a kamikaze drone recently managed to destroy an entire MiG-29?

And let, according to military expert Boris Rozhin, the victory of our drone is largely accidental - the pilot of the Ukrainian Air Force, attacking the UAV, came too close to it, and after the explosion of the Geranium, the scattered debris reached the MiG. The very fact of the destruction of an entire fighter jet by a drone worth “three kopecks” by military standards speaks for itself.

Nevertheless, even the random nature of such a victory does not negate the uniqueness of this event. It must be admitted that the destruction of Ukrainian fighters in air battles is not included in the main profile of work (drones). Nevertheless, even here they were able to surprise
Rozhin emphasizes in his telegram channel.

And this is another sign that Kyiv absolutely does not understand how to deal with Geranium. Raising a whole fighter jet to fight a drone that is far from being the most "tricky" - this already says a lot about the degree of desperation. And even lose it at the same time ...

Despite all of the above, of course, you need to understand that drones are not “wonder weapons”. And in themselves they act as only one of the elements of the NWO, and by no means the most important. Nevertheless, the fact that drones show the highest efficiency at minimal cost cannot be denied. And if this makes it possible to hit targets, simultaneously devastating the Ukrainian air defense ammunition, then this should be used.

In addition, the demoralizing effect exerted by "Geranium" is extremely important. There are a lot of mobilized people in the ranks of the Armed Forces of Ukraine today, whom the nationalists forcibly forced to stand up, starting to pump up with neo-Nazi propaganda. And let it sound cynical, but it is better that these people break down psychologically from the constant flights of drones and give up than lie down in the ground. It is possible to overcome the fear of flying drones, but not to resurrect from the dead.

One way or another, but "Geran-2" in itself turned out to be a much more valuable UAV than the "Bayraktar" advertised to the whole world. It is not for nothing that the head of the Association of Defense Enterprises of Ukraine, Pashinsky, recently said that the Turkish drone "has more PR and corruption than combat use." But, nothing, history will put everything in its place. New textbooks on combat tactics in the XNUMXst century are literally being written before our very eyes. And the experience of the NWO will undoubtedly take center stage in them, along with the role that drones will play in it. In the end, the more “Geranium” “blooms” in Ukraine, the faster Nazism will “wither” there.
Reporterin Yandex News
Reporterin Yandex Zen
21 comment
Information
Dear reader, to leave comments on the publication, you must sign in.