October 16 2018
2
When US President Donald Trump started the World Trade War (in the form of many sanctions, duties and other measures), he understood that the “boomerang” could return and strike at the most painful place. To prevent this and to play it safe, he tried to “lay straws” in the form of elimination from the oil market of Iran, but his plan did not work, and China dealt a blow to US exports. 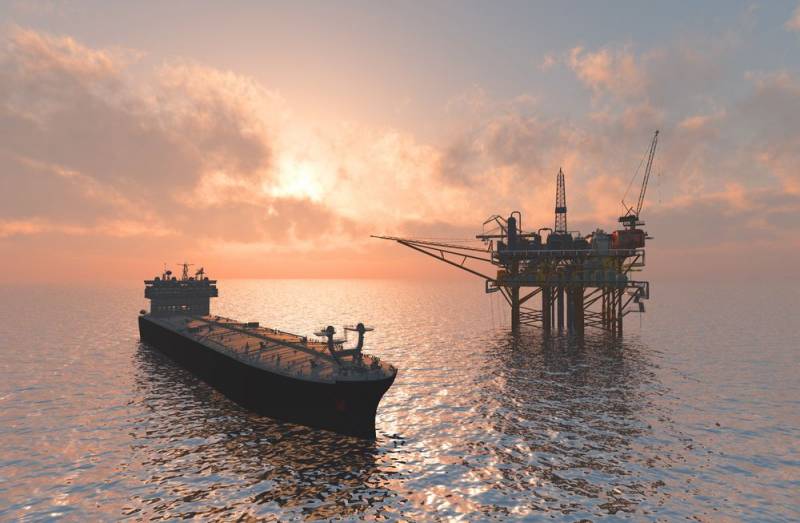 Now, American oil exporters, the "democratic" public and the media are sounding the alarm. In the third quarter of 2018, US crude oil supplies to China fell catastrophically. They, in the literal sense of the word, were the victims of a trade war unleashed by the Donald Trump administration against China and other countries of the world. Although in the first half of the year, it was China that was the largest importer.

The Wall Street Journal was not too lazy to even question traders and calculate the number of tankers. And it turned out that in August, China did not buy oil in the United States at all, and in September it bought only 31 thousand bpd.

For comparison, in the month of June, China was “packed” with a record 510,4 thousand b / s, and on average for the first six months of 2018, 350 thousand b / s. And this is officially confirmed by the statistics of the US Department of Energy. Now, oil exporters from the United States are in a light shock and this is putting it mildly. After all, there are not so many large buyers on the planet.

In this case, China is easier. He quite easily replaced oil supplies from the United States, reorienting purchases to Russia and Saudi Arabia, which they no doubt rejoiced at. For example, in August, Riyadh increased oil exports to the Celestial Empire by 258 thousand bpd. In turn, Russia, in the same month, sold almost 200 thousand b / s more oil to China. And if this goes on, then Trump will erect a monument during his lifetime.

It should be noted that until 2015, the United States had a 40-year ban (embargo) on oil exports from the country. This is Barack Obama, before vacating the president’s chair, heeded the arguments of American oilmen. But when Donald Trump was placed in the Oval Office, he began to struggle with the legacy of the previous administration on all fronts. And now the American oil industry has something to lose. For example, if in December 2015 they exported 500 thousand bpd, then in September 2018 it was already 2,6 million bpd.

But in September, US oil exports were still moving by inertia, and then it will be more difficult. After all, it reduces oil purchases from the USA and India. But Georgia cannot be replaced. And this will certainly affect the trade balance, the budget, and the US government debt. But that is not all.

So far, the White House is pondering over the unpleasant situation in the oil market and the looming “prospects”. The vindictive Beijing has opened a second front and is about to strike another sensitive spot in Washington. Export of reduced natural gas (LNG) from the USA. It will be even more painful. Since very expensive plants are being built in the United States, they will not be able to “eat” everything that they produce in Japan and South Korea, and China and the European Union no longer need this LNG.
Ctrl Enter
Noticed oshЫbku Highlight text and press. Ctrl + Enter
We are
Russia will run out of oil: Prince Saud made a “prediction”
Why India will not give up Iranian oil?
Reporterin Yandex News
Read Reporterin Google News
Ad
We are open to cooperation with authors in the news and analytical departments. A prerequisite is the ability to quickly analyze the text and check the facts, to write concisely and interestingly on political and economic topics. We offer flexible working hours and regular payments. Please send your responses with examples of work to [email protected]
2 comments
Information
Dear reader, to leave comments on the publication, you must sign in.