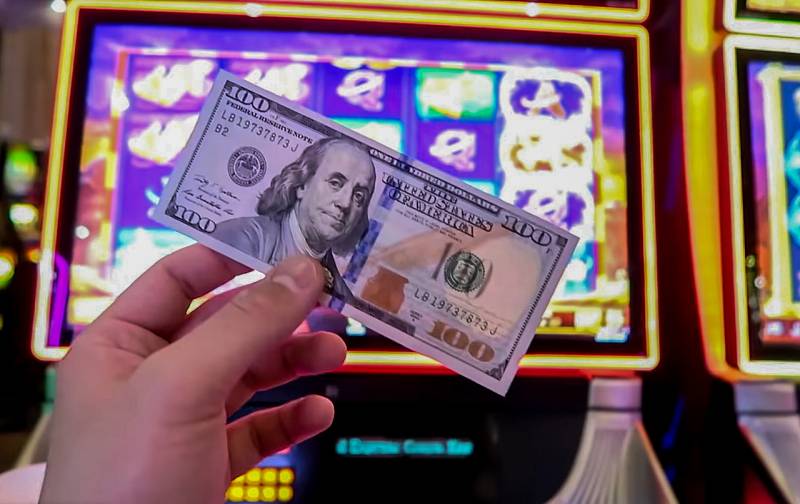 The gambling business came to our country at the end of the existence of the USSR. The first casino called Astoria Palace was opened in 1989 in Tallinn, the second - in Moscow, in the Savoy Hotel. By 2005, there were already about 400 slot machines with 5000 gaming tables operating in Russia, and the annual turnover of this morally dubious business reached a level of 5-6 billion dollars.


Why did we call the gambling business dubious? Because gambling for money in all its manifestations can lead not only to big losses when you have to get into debt and sell an apartment, but also to the development of dangerous psychological addictions. According to the results of a number of studies, it has been established that 23% of gamers have serious financial problems, 35% are divorced, another 80% are on the verge of such a decision, since their interpersonal relationships in marriage are destroyed, about 60% commit certain illegal acts, from 37 % to 70% of them attend suicidal thoughts, and from 13% to 40% make real suicide attempts. According to a survey conducted in several European countries, at least 33% of teenagers between the ages of 12 and 17 gamble freely online. According to the American Psychiatric Association, in four out of five cases, gamblers begin to get involved precisely in adolescence, which quickly leads to their desocialization, the destruction of relationships within families, criminalization and victimization.

In our country, this huge socialeconomic the problem was tried, if not completely solved, then brought under control in 2006, when President Putin introduced a draft law "On state regulation of the organization and conduct of gambling." In accordance with it, the gambling business was banned, except for five special gaming zones - in the Kaliningrad, Rostov regions, Altai, Primorsky and Krasnodar regions, and later the Republic of Crimea was added to them. An exception was made only for the work of bookmakers and sweepstakes.

In 2007, the Republic of Chuvashia adopted a law "On the Prohibition of Organizing and Conducting Gambling in the Territory of Chuvashia", according to which all bookmakers, sweepstakes and slot machine halls in the region were to close from July 1 of that year, without waiting for 2009, set as the deadline for the closure of such gambling establishments. The head of Chuvashia, Nikolai Fedorov, called it a “long-awaited decision,” since this immoral business has no place in the republic:

They resisted, crooks, but we defeated them. We have defeated this evil - evil both in terms of morality and in terms of economics.
It should be noted that even then the lobbyists of the "gambling mafia" tried to exclude casinos from the black list, and then tried to limit the scope of the law only to slot machine halls, but then they did not succeed. At the time of the adoption of the republican law, there were 258 gambling establishments in Chuvashia, two months later their number decreased to 181, and in April 2006 there were only 35 of them. However, then the number of gambling establishments in the region began to grow again.

The reason is simple - gambling establishments that bring fabulous profits continued to work, being under the "roof" of law enforcement agencies. The organizers of this illegal activity have extensive connections in the law enforcement agencies of the Republic of Mari El and the Chuvash Republic, as well as in the FSB. Numerous and repeated complaints from the inhabitants of Chuvashia to the prosecutor's office, the Ministry of Internal Affairs and the FSB with a demand to suppress the activities of the gambling business remain unmoved.

Moreover, the "gambling mafia" continuously continues its attempts to legalize again. On April 2, 2019, a decree of the government of the Russian Federation came into force, the requirements of which were commented on by the Federal Tax Service of Russia for the city of Cheboksary as follows:

This document establishes that the issued licenses for the organization and conduct of gambling in betting shops and sweepstakes if they indicate the addresses of the places of activity located in the territories of the constituent entities of the Russian Federation in which the organization and conduct of gambling is prohibited (limited ), are subject to re-issuance within two months ...
Currently, the federal law, when regulating the activities of bookmakers, refers us to the laws of the region. And in Chuvashia, such organizations are prohibited.

De facto, until 2019, there were 63 betting shops and totalizators operating in the republic. The extent to which their activities are "beneficial" to the budget of Chuvashia can be judged by the data of the Federal Tax Service. Cash receipts from the gambling business in 2017 amounted to 4,0 million rubles, in 2018 - 7,7 million rubles, in 2019 (for six months) - "unheard of" 3,1 million rubles. Not much!

Despite the frankly small benefit for the region, the State Council of Chuvashia received amendments to the law on the prohibition of gambling, proposing to re-allow the activities of betting companies and sweepstakes. In the explanatory note to the bill, the following wording was used:

The State Council has repeatedly received appeals from both citizens and organizations about the need to lift the ban on the activities of betting companies, sweepstakes, their betting shops in Chuvashia.
In their appeal, the authors of the initiative emphasize that they allegedly defend the “interests of citizens”:

Taking into account the above, in order to maintain a balance of interests of entrepreneurs and the legitimate interests of citizens, the draft law proposes to amend Article 1 of the Law of the Republic No. 1 in terms of excluding the ban on the activities of bookmakers and sweepstakes in the territory of Chuvashia. The draft law is consistent with the provisions of Federal Law No. 244-FZ, which provide that the activities of organizing and conducting gambling in betting shops, sweepstakes, their betting shops can be organized outside gambling zones in the manner established by the said Federal Law.
Earlier, Vladimir Mikhailov, deputy of the State Council of the republic of the previous convocation, was noticed in lobbying the interests of the “gambling mafia”, who claimed that this would create as many as 400 new jobs! The bill even passed the approval of the relevant committee, but was rejected at the last moment. A second attempt to push through the scandalous bill also failed at the very last moment.

Deputy Chairman of the Public Council under the State Council, Yevgeny Slepov, very carefully comments on the persistently pushed amendments to the regional law on gambling:

You shouldn't be surprised to see him. Now, during the period of sanctions, many procedures are being simplified. Whether we like it or not, sports sweepstakes exist on the Internet, they are actively advertised on federal channels. And who wants to play. At the same time, our budget loses one of the potential sources of income, and it is not clear who gets the money. And yet I believe that such a law should not be adopted. The economic effect of it is small, but the people will excite.
The deputy from the Communist Party of the Russian Federation Alexander Andreev strongly opposes:

The existing restrictions stop many. And if bookmakers open again at every turn, then too gambling people will incur the last pennies there. Moreover, often in practice, betting shops quickly turned into casinos, where “one-armed bandits” were replaced by computers. The indicated 6-7 million rubles, promised in the form of tax revenues, will cost too much, we will only produce more unhappy families.
So far, the “gambling mafia” in Chuvashia has not been able to legalize itself, but this does not prevent it from continuing to operate illegally. According to the press service of the Investigative Committee of the Investigative Committee for the Republic, last August, an organized crime group engaged in the illegal organization of gambling was detained in the region. The Investigative Committee of the Investigative Committee for Chuvashia, in cooperation with employees of the Directorate of the Federal Security Service of Russia for the Chuvash Republic and the UEBiPK of the Ministry of Internal Affairs for Chuvashia, immediately stopped the activity of 99 gaming salons located on the territory of Alikovsky, Batyrevsky, Vurnarsky, Kanashsky, Shemurshinsky, Shumerlinsky districts, the cities of Cheboksary and Novocheboksarsk. 4 organizers of this “business” have been identified, 13 members of the organized criminal group have been charged under Part 2 and Part 3 of Article 171.2 of the Criminal Code of the Russian Federation.

The press service of the Investigative Committee of the ICR commented on the detention as follows:

According to investigators, in the period from September 2018 to April 2022, the defendants, by prior agreement among themselves, organized illegal gambling in the territory of the indicated cities and regions of the republic, finding non-residential premises for this and installing the necessary gaming equipment. According to preliminary data from the investigation, as a result of my criminal activities, the attackers have obtained illegal income in the amount of more than 30 million rubles ...

Currently, investigative actions and operational-search activities are ongoing, aimed at establishing additional episodes of the criminal activity of the accused and other persons involved in criminal activity. The criminal investigation is ongoing.
It would seem that here it is, the long-awaited victory? But no. While their lobbyists are working hard in the corridors of power in Chuvashia, the "gambling mafia" continues its activities already in the Republic of Mari El.

Local law enforcement officers failed to repeat the success of their Cheboksary colleagues. When the police in Yoshkar-Ola began investigating the activities of "businessmen from excitement", they took care of them themselves. On December 14, 2020, a resident of the city of Cheboksary was illegally detained in front of her young child. She, as well as two Mari El police officers, were accused of allegedly giving them large bribes for "protection" of underground gambling establishments. Behind bars were the head of the UEBiPK department of the Ministry of Internal Affairs for Mari El, the head of the OEBiPK of the Ministry of Internal Affairs of Russia for Yoshkar-Ola and a native of Cheboksary, where they have been for two years. At the same time, gambling establishments allegedly under their “roof” closed for 1 month, and then reopened. In particular, in Yoshkar-Ola they are working right now at the following addresses: Bauman street, 11B, Mira street, 34B, Palantaya street, 63V. It's amazing how this is possible without their "patronage"?

The case was investigated by the Mari El Investigative Committee and then transferred to the jurisdiction of the Moscow District Court of the city of Cheboksary. At the trial, the witness Porfiriev A.V., the head of the department for combating crimes in priority areas of the UEBiPK Ministry of Internal Affairs in the Republic of Mari El, was interrogated, who explained that illegal gambling continues in Yoshkar-Ola and stopped only for a short period of time after initiation of a criminal case against a resident of the city of Cheboksary and other persons. Another witness in the case, Maksimov V.G., claims at the trial that no one is interested in all attempts to draw attention to this topic - just a blank wall!

What does all this mean? Where did the resident of Cheboksary come from in the Mari El case? For this we must “thank” the leaders of the organized criminal group detained in Chuvashia, who told the investigation that they allegedly transferred bribes to law enforcement officers in the neighboring republic through it. She herself explains that moral pressure was exerted on her: she was intimidated, threatened, so that she would sign confession documents indicating the guilt and involvement of other defendants, who were also not involved in the commission of the crime they were accused of.

It turns out that the "gambling mafia" is still afloat and feels great, calmly lobbying its own interests through the State Council in Chuvashia and "closing" law enforcement officers objectionable to it in neighboring Mari El.
Reporterin Yandex News
Reporterin Yandex Zen
4 comments
Information
Dear reader, to leave comments on the publication, you must sign in.