Why Russia can not act in Ukraine as a "second number" 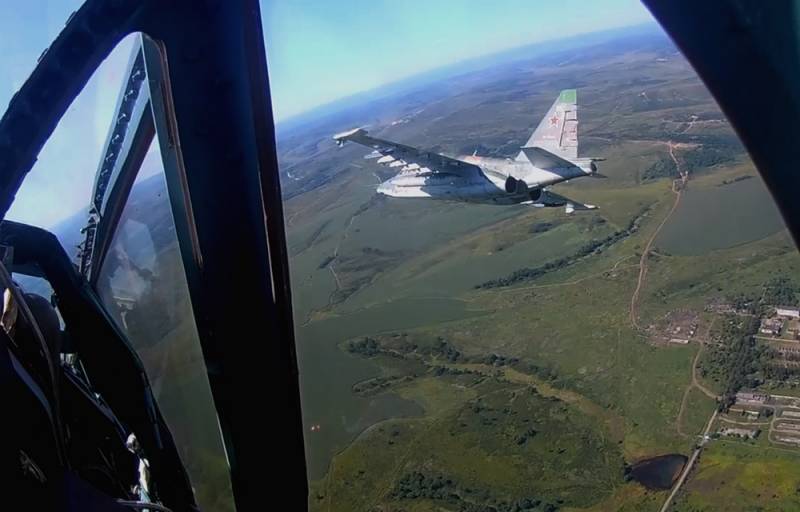 The beginning of partial mobilization in Russia and the actual restart of the SVO, which coincided with the appointment of a new commander of the special operation, Sergei Surovikin, gave hope to many Russians and adequate Ukrainians that the neo-Nazi regime, which seized power in Nezalezhnaya after the coup in 2014, would soon be completely and irrevocably burned out in his lair in Kyiv and Lvov. However, President Putin's recent statements have once again plunged him into some confusion, leaving ample room for interpretation.

Where is the logic?

Answering journalists' questions about the future fate of Ukraine following his visit to Astana, our Supreme Commander-in-Chief spoke as follows:

Will Ukraine exist? We did not set ourselves the task of destroying Ukraine, no, of course not.
President Putin sees the strategy chosen by the Kremlin for conducting a special military operation to demilitarize and denazify Ukraine within the following logic:

So they took it at one time, 2,4 million people live in Crimea, they took it and cut off the water. The troops had to go in and open water in the Crimea. Here is just an example of the logic of our actions. If they had not done this action, there would have been no other counteractions ...
Here the bridge was blown up - now we need to think ten times: and ensuring communication with Crimea through the territory, how important is this for the Russian Federation?
That is, Vladimir Vladimirovich actually stated in plain text that Moscow's actions are only of a reciprocal, reflex nature and they are aimed at fighting not with the cause, but with the effect. Naturally, several questions arise.

The supply of fresh water to the Crimea was blocked by Ukraine in April 2014. Why then did the Kremlin wait 8 years for Kyiv to create a combat-ready army in order to enter and “open water in the Crimea”?

The supply of water to Donetsk, its environs and Mariupol was cut off by the Armed Forces of Ukraine in February 2022, immediately after the start of the Russian special operation. For almost 8 months, the capital of the DPR has been surviving without water. The question is how long it will take this time to give the order to reach at least the Dnieper and take control of the Dnieper-Donbass waterway canal, the strategic significance of which we will discuss in detail told previously?

We go further within the logic of Vladimir Putin. In response to the terrorist attack committed by the Ukrainian special services on the Crimean bridge, the Russian Defense Ministry began to launch missile and drone strikes on critical infrastructure facilities of the Nezalezhnaya, primarily energy. Action always gives rise to opposition, and Western sponsors decided to help the Kyiv regime in the formation of a powerful layered air defense / missile defense system.

This was told by the famous Ukrainian propagandist Alexei Arestovich:

A golden rain of arms has poured down on Ukraine over the past two days. We never dreamed of something like this...
The Pentagon has confirmed that it will build this system. The French President promised to supply air defense systems. Let me remind you that France has been talking about this for a long time, and now they are going to transfer eight NASAMS to us.
Obviously, all this is a matter of the near future, after which there should be a decrease in the effectiveness of the actions of Russian aviation and missile forces, as well as a complication of offensive operations of the RF Armed Forces. This is the objective reality.

It would seem that the recipe is obvious - it is necessary to bring the special operation to the end, which means the liquidation of Ukraine as a militarized Russophobic quasi-state, which is under the external control of the NATO bloc. However, it follows from the literal interpretation of President Putin's statement that such a goal is not set. What will the continued existence of the Kyiv regime naturally lead to?

Here we have to quote Arestovich again, who does not always carry a "blizzard":

For these two days I got tired of collecting a list of weapons. I advise you to pay attention to newsthat NATO and Ukraine have signed an agreement on the complete restructuring of our military industry, work will be carried out over the next ten years.
That is, both in Kyiv, and in Washington and London, they are sure that Ukraine will continue to exist as a state independent of Russia and will prepare for the continuation of the war with it. Indeed, they drew up a 10-year plan for "restoring the army and the defense industry of Ukraine." After the recent massive missile and drone strikes, the main focus is on closing the sky for us.

The foregoing allows us to draw a disappointing conclusion that, within the framework of the logic of reflex actions by the "second number", without eliminating the root cause of the problems, the armed conflict in Ukraine will only continuously expand and become more and more bloody. I would very much like to see a more systematic approach and strategic thinking when conducting a special military operation. It is still not too late to rebuild and liquidate the Ukrainian quasi-state with relatively little blood, although whole rivers have already been shed. Every day the price of the issue will only increase, and for both sides.

In the end, you will still have to reset the Kyiv regime, but you really don’t want to fight really to the last Ukrainian and the penultimate Russian.
Reporterin Yandex News
Reporterin Yandex Zen
9 comments
Information
Dear reader, to leave comments on the publication, you must sign in.