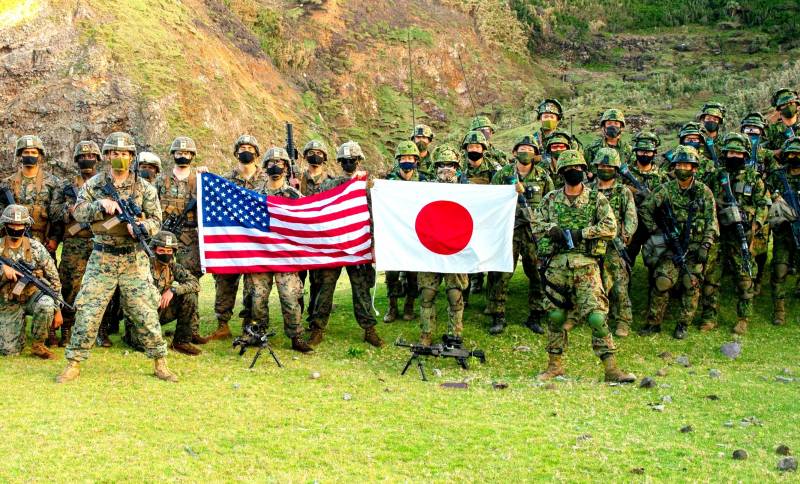 A new military power may appear in the world, the Army Technology resource writes. It's about Japan. The Land of the Rising Sun has long sought to redefine its role in the world, and now, apparently, there is another attempt.

According to data from GlobalData, Japan's defense spending will rise from $53,1 billion next year to $70,4 billion in 2027, i.e. by 7,3% per year. After the Cold War, Japan maintained "duality" with both China and the United States in order to preserve its autonomy. In accordance with the post-war doctrine of Shigeru Yoshida, Japan relied primarily on the United States for defense and economic support with a limited focus on growing their own military power, keeping their own military spending at 1% of the country's GDP
writes Army Technology.

But now the Japanese policy no longer accept Yoshida's doctrine of "economic diplomacy" and defense dependence on the United States as an acceptable strategy for responding to security challenges.

Nevertheless, Yoshida did not expect Japan to remain a power forever, but gave priority to economic development, and military power was to return later. In the modern era, the anti-war movements in Japan have already lost the support of the masses, the resource claims.

It is noted that already now, within the framework of an alliance with Washington, Tokyo is striving for much greater independence than it was before.

In particular, this is expressed in political and military projects with a large number of countries. In addition, the Land of the Rising Sun wants to increase its own defense power through the massive modernization of the army, navy and aviation.

Japan introduced its Kawasaki P-1 anti-submarine aircraft in 2013, and now there are 33 such machines in operation and 60 more units are on the way to replace the P-3 Orion. Also in 2013, Japan agreed with Lockheed Martin, acquiring a total of 105 F-35A and 42 F-35B units. Most recently, in 2020, an agreement was signed with Mitsubishi Heavy Industries as the lead developer of almost 100 units of the sixth generation FX stealth fighter. In the naval field, Japan is expanding its capabilities on the high seas by converting Izumo-class helicopter carriers into full-fledged aircraft carriers capable of carrying F-35B fighters.
- the article says.

Shigeru Yoshida is the first Prime Minister of Japan (1948-1954) since the end of the Allied occupation in 1952. Known for his fiercely pro-American views.
Reporterin Yandex News
Reporterin Yandex Zen
1 comment
Information
Dear reader, to leave comments on the publication, you must sign in.