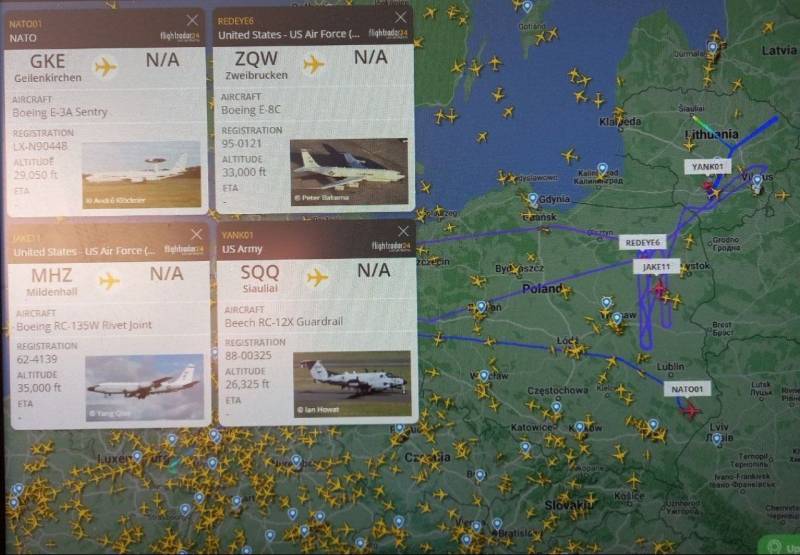 The strengthening of the joint Russian-Belarusian grouping of troops aroused genuine interest among the countries of the North Atlantic Alliance. A day after the arrival of military echelons in Belarus with technique and overflights of Russian MiG-31s ​​over Minsk, reconnaissance aircraft immediately took off from four NATO military airfields.

According to the statements of the Ministry of Defense of Belarus, overflights of foreign reconnaissance aircraft are recorded regularly.

Every day, military aviation around the Republic of Belarus in the adjacent territory performs from 60 to 100 sorties. Every day, every day, we record reconnaissance aircraft flying along the state border

- said the commander of the Air Force and Air Defense of the Armed Forces of Belarus Igor Golub.
Reporterin Yandex News
Reporterin Yandex Zen
Information
Dear reader, to leave comments on the publication, you must sign in.