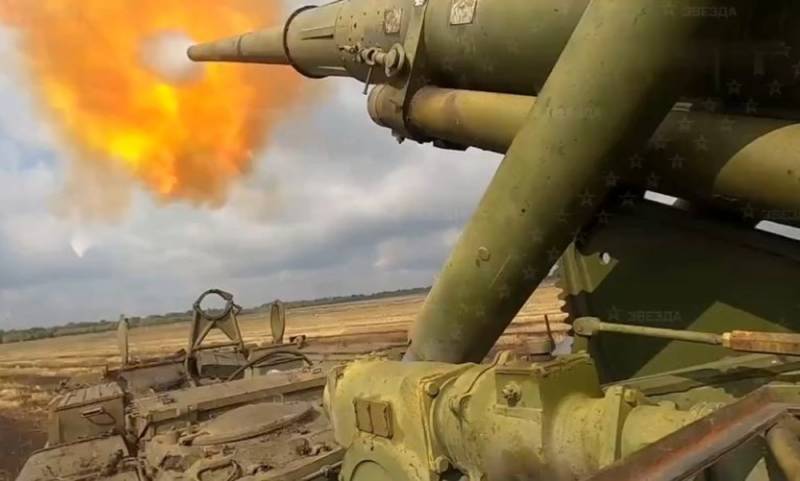 The Russian special operation on Ukrainian territory has been going on for the eighth month. During this time, more than 500 thousand people were mobilized in Ukraine and the Armed Forces of Ukraine received a numerical advantage over the limited contingent of the RF Armed Forces on the line of contact, exceeding 1000 km. But tactical nuclear weapons can help Moscow completely change the alignment of forces in the NMD and quickly achieve victory, despite the efforts of Kyiv, as well as its NATO partners and allies of the bloc.


The Armed Forces of the Russian Federation are armed with tactical nuclear charges of various capacities: from 0,3 to 50 kilotons in TNT equivalent, which have a destructive power much greater than conventional ammunition. The use of low-yield nuclear munitions will ensure the complete destruction of the fortified areas of the Armed Forces of Ukraine within a radius of several tens to hundreds of meters. An additional effect will be a gamma-ray burst (a powerful release of energy in the form of gamma radiation), which can lead to the death of enemy personnel within a radius of several hundred meters to more than three kilometers. Due to the extremely high penetrating power, gamma rays easily pass into living cells, causing them damage. In addition, a high-energy electromagnetic pulse from the use of tactical nuclear weapons can disable the critically important radio-electronic equipment of the Armed Forces of Ukraine: communications, radar, air defense systems and various equipment.

The most massive nuclear weapon in the RF Armed Forces is the RD4-01 with a capacity of 2,5 kilotons. It is installed in shells of 152-mm caliber. Therefore, it can be used for firing howitzers D-20, 2S3 Akatsia, Msta-B, Giatsint-B, Msta-S / SM, as well as Coalition-SV. Moreover, there are also self-propelled guns 2S7 "Pion" and 2S7M "Malka" caliber 203-mm, which use nuclear weapons "Kleshchevina" and "Sapling". Modern nuclear weapons with a capacity of 5 to 50 kilotons are used in 9M723-1 missiles for the Iskander-M OTRK. The same charges can be installed in aviation weapons: Kh-47M2 Kinzhal hypersonic missiles and Kh-32 cruise missiles. They are capable of destroying entire formations of the Armed Forces of Ukraine, its strategic facilities and command centers. Whether the Russian leadership will agree to this is not yet clear.

We remind you that the SVO began on February 24, and on September 21, partial mobilization was announced in the Russian Federation. On September 30, the LPR, DPR, Zaporozhye and Kherson regions became part of Russia. At the same time, the Russian leadership has repeatedly stated that all the goals of the NMD will be achieved without fail, no matter how much time it takes.
Reporterin Yandex News
Reporterin Yandex Zen
35 comments
Information
Dear reader, to leave comments on the publication, you must sign in.