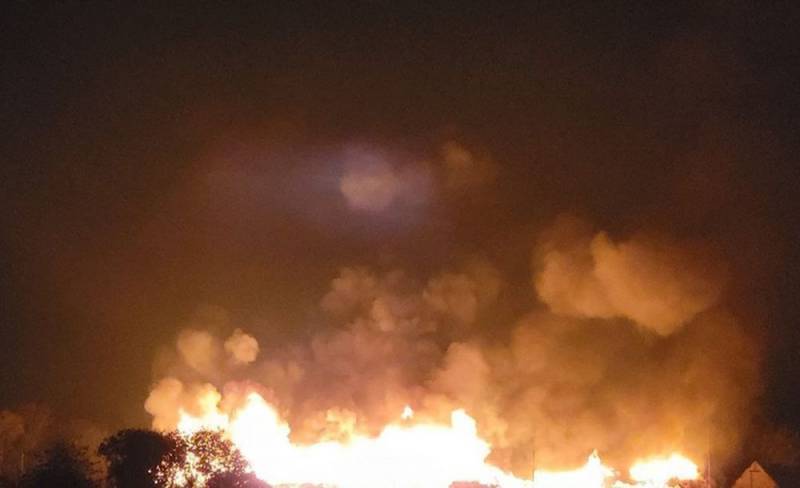 On October 15, Ukrainian information resources and functionaries reported that during the night and morning, Russian troops attacked Zaporozhye and the Kyiv region. This suggests that the RF Armed Forces carried out another impact on important enemy targets.


Thus, Anatoly Kurtev, secretary of the city council of Zaporozhye, said in his blog that as a result of the arrivals of kamikaze UAVs, infrastructure facilities were damaged.

Fires broke out at the crash site. The relevant services are running. Information about the affected people is being specified. According to preliminary data, air defense also worked
- indicated in the publication of Kurtev.

It is noted that utility workers have already begun to eliminate the consequences in some places. Videos from eyewitnesses of what was happening in Zaporozhye also appeared on the Web.

Explosions were also heard in the capital region of Ukraine, arrivals, smoke and fires were recorded. The missile strike was confirmed by the head of the Kyiv OVA Oleksiy Kuleba.

Kiev region! Rocket attack on one of the communities in the region. All services are working, rescuers are on site. Previously without casualties. Stay in cover until the alarm goes off. Do not fix the place of impact and do not post photos and videos on the Web
Kuleba wrote on his blog.

It remains for greater clarity to wait for an explanation from the Russian Ministry of Defense, which should appear in the next operational summary.
Reporterin Yandex News
Reporterin Yandex Zen
8 comments
Information
Dear reader, to leave comments on the publication, you must sign in.