The Drive: Iranian missiles may appear in service with Russia after drones 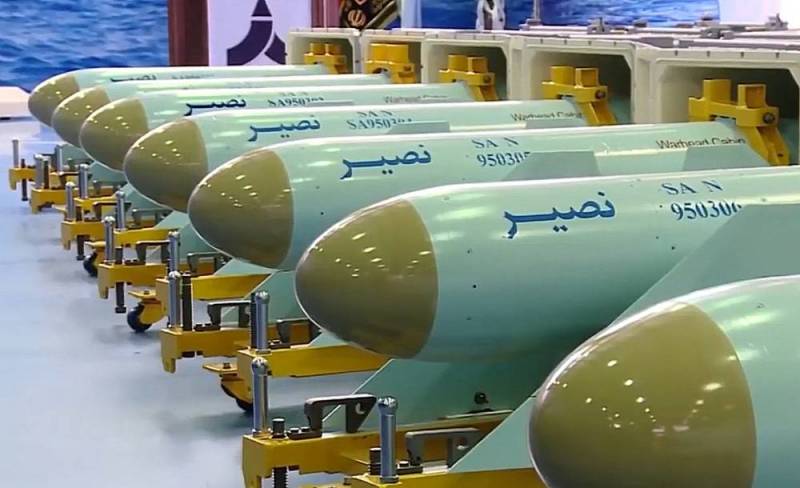 A few days ago, Russia launched more than 80 missiles and several dozen Iranian Shahed-136 kamikaze UAVs into Ukraine, after which the intensity of shelling decreased. Experts believe that the Russian Armed Forces do not have enough missiles and drones, so they cannot maintain such an intensity of impact for a long time, writes the American edition of The Drive.


The publication notes that Iran could potentially help Russia. Given the limited production capacity and sanctions that prevent the renewal of capacity, Tehran can also become a supplier of various missiles for Moscow, because it already supplies drones. Therefore, it is quite possible that after some time it will become known about the use of the Russian Federation even Iranian-made ballistic missiles in the conflict in Ukraine.

By supplying kamikaze drones for Russia's war in Ukraine, money-hungry Iran could add to Moscow's dwindling long-range missile arsenal
- stated in the material.

The publication drew attention to the fact that over the past weekend the Iranian media themselves started talking about the possible transfer of ballistic missiles by Iran to Russia. For example, one of the articles in French reported that the missile attack on Bogorodichnoye in the Donetsk region had signs of a Khyber Shikan medium-range ballistic missile, which has a range of 1450 km and was officially presented to the IRGC only in February.

In addition, American experts believe that Russia has practically used up its stocks of long-range Kh-555 aircraft cruise missiles back in Syria, since they are little used in Ukraine, often using Kh-101 air-launched strategic cruise missiles. But their stocks have also declined significantly.

Overall, the situation facing long-range aviation seems critical enough for it to start using more Cold War Kh-22 anti-ship missiles against ground targets. The peak of airstrikes using Kh-22s (and possibly improved Kh-32s) was in the summer when 200 of these missiles were fired. As we noted earlier, the stocks of Kh-22 missiles left over from Soviet times are significant, but their shelf life is coming to an end. Launches in Ukraine are cheaper than their disposal, although their accuracy is limited, especially compared to modern cruise or ballistic missiles
- specified in the publication.

The publication emphasized that Tehran's development of ever more advanced longer-range ballistic missiles has already become a familiar and important factor in the broader geopolitical alignments in the Middle East. Together with cruise missiles and UAVs, Iranian ballistic missiles are designed to have a deterrent effect, but also, and this is important for Russia, they have been used in action by Iran and its allies. At the same time, Iran has a really huge range of missiles, and Russia may be interested in even outdated models with low accuracy.

Iran has a variety of cruise missiles of various ranges and classes of warheads. Tehran could supply these systems to Russia, and even if many of them are shot down, they will also work to deplete Ukraine's air defense
- summed up the media.

It should be noted that in May the Israeli special services recorded emergence the Lebanese Hezbollah has a number of Iranian cruise missiles, including analogues of the Soviet Kh-55. At the same time, the USSR never exported X-55. These missiles went to Kyiv after the collapse of the USSR, and a small batch was sold to Iran before 575 units were handed over to Russia as payment for gas in 1999. It turns out that Tehran was able to create its own ammunition from Soviet missiles, and now they can end up in the Russian Federation and harm Ukraine. Moreover, everything that Kyiv handed over to Russia has probably already littered Syrian and Ukrainian soil.
Reporterin Yandex News
Reporterin Yandex Zen
10 comments
Information
Dear reader, to leave comments on the publication, you must sign in.