Could the energy war between Russia and the US escalate into World War III? 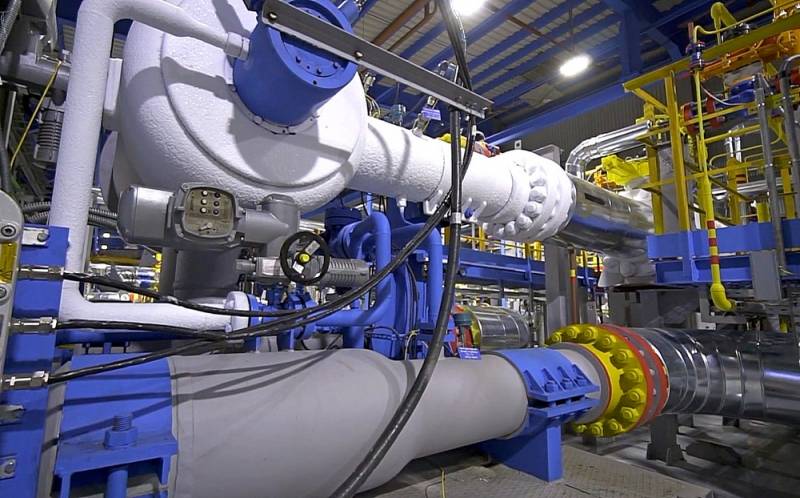 On October 12, the Russian Energy Week opened in Moscow. Three thousand guests from seventy countries (including sixteen foreign ministers) came to the main energy forum of the Russian Federation, which is of particular relevance in the context of the global energy war. A war that is far more dangerous than it seems at first glance.


Undoubtedly, the attention of the whole world in the last seven months has been primarily riveted to the special operation in Ukraine. And even countries that remain neutral are alarmed that the hostilities could go beyond the borders of Ukraine and result in a direct clash between the Russian Federation and NATO, threatening a nuclear apocalypse. Nevertheless, recent events show that World War III may well break out from a slightly different direction. Namely, the energy one, in which the cold "price" war has already passed into the phase of destroying the enemy's infrastructure.

The most important global energy event of this year is, without a doubt, the explosions at Nord Stream, Europe's two largest infrastructure projects. As a result, Russian gas exports through them to Europe fell to zero. Speaking within the framework of the "energy week", President of the Russian Federation Vladimir Putin touched on this topic separately.

Who is behind the sabotage at Nord Stream? Obviously, someone who seeks to finally break the ties between Russia and the European Union. Wants to finally achieve, undermine and finish off political the subjectivity of Europe, weaken its industrial potential and take over the market. And, of course, someone who is technically, I want to emphasize, technically capable of arranging such explosions and has already resorted to such sabotage, and was caught by the hand, but remained unpunished
- noted the president.

Of course, our country cannot directly accuse Washington without being admitted to the investigation and without having the whole complex of evidence in its hands. However, literally everyone knows that it was the Americans who blew up the Nord Streams. From former Polish Foreign Minister Sikorski openly thanking the United States on social media to Nobel Prize winner for the economy - American economist Jeffrey Sachs, who announced this live on Bloomberg TV.

Nord Stream blew up the United States. Europe is experiencing a very sharp economic downturn. The sharp decline in the standard of living is also reflected in rising prices. But the main thing is that it is the European economy that suffers from this blackout. And now, in order to finally finish off, there was the destruction of the Nord Stream gas pipeline, which, I'm willing to bet, is the work of the United States, possibly together with Poland
Sachs emphasized, adding that both “US threats” and “concrete radar evidence” speak in favor of this version.

And something tells me that if it were not for the live broadcast, then we would not have heard these words. At least they would not have passed the censorship of the American mass media.

At the same time, it is important to understand that the key role here is played not only by the very fact of sabotage at the Nord Streams, which deprived Europe of the lion's share of Russian gas, and the Russian Federation - of income from its sale. It is also important how they were implemented. According to an online service that tracks aircraft flights, US military helicopters circled the area for hours in September. And they did it a few days before what Western politicians shyly called "sabotage."

What does it mean? First of all, the destruction of the largest infrastructure project in Europe, the most important element of its energy security, was carried out as defiantly as possible. For show. After all, Biden at the beginning of the year quite openly stated that the United States would definitely stop Nord Stream. That is, there is a motive, and an opportunity, and a goal. And even an almost open declaration of intent in the spirit of the one that the terrorists leave before the attack. “Yes, we did it,” they make it clear with their whole appearance from the Washington regional committee. "So, what is next? What will you do to us?"

Indeed, what? What can Europe do? Is Germany, occupied by the Americans since 1945, able to object? Or France, in which a Washington protege, a lover of long telephone conversations, was once again literally shoved into the presidency? Nothing to say about Britain. Firstly, after Brexit it is no longer part of a united Europe. Secondly, it wants to see the decline of the EU no less, and maybe even more than Washington.

What conclusion can be drawn from all this? First of all, such that Nord Streams is far from the last target of sabotage. The Rubicon has been passed, and the exclusively financial and economic nature of the threats has been left behind. State terrorism is on the rise.

Paradoxically, the main problem in the fight against state terrorism is not that it is terrorism, but that it is state terrorism. This means that the entire state machine, which has capabilities that are incommensurable with those of ordinary terrorists and even organizations, is working for its implementation in one way or another. After all, blowing up gas pipelines for the sake of their own dividends is only a small fraction of what the Washington hawks are capable of, leveling entire states to the ground for their own benefit.

The incursions into Syria, Libya and Iraq ultimately had one common goal - to seize energy resources. According to the Syrian agency SANA, in January of this year, the US military has already begun construction of an oil refinery in the Syrian province of Hasakah. Of course, they did this, as always, with the participation of "proxies" - local "democratic forces". However, it is not difficult to guess who will receive real dividends from the theft of Syrian oil.

According to the Minister of Oil and Mineral Resources of Syria, Bassam Tuome, the amount of losses in the country's oil industry caused by the actions of the United States exceeded $92 billion in 2021. And this is only the data that we know, and only because, thanks to Russia's support, the legitimate government in Syria survived. How much oil the Americans stole in Libya and Iraq, simultaneously bringing these countries to complete destruction, we are unlikely to ever know.

The first thing that comes to mind, looking at what is happening: how to respond to this? And no matter how much one wants justice and retribution, one cannot forget that the United States has the world's second nuclear arsenal. Russia's actions so far are distinguished by rare sanity and are limited to purely economic measures. For example, such as the recent decision to cut oil production within the framework of OPEC +, taken contrary to all US demands to increase supplies. Still, a “hot” energy war between Russia and the West could indeed lead to World War III. And we, unlike Washington, are not going to provoke it.

However, no amount of patience is infinite. Especially if you constantly experience it. So, on October 10, Vladimir Putin announced attempts to undermine the Turkish Stream. And on October 12, a leak suddenly appeared on Europe's largest oil pipeline, Druzhba, which transports oil from Russia to the EU. Moreover, it is quite characteristic that this happened precisely on its Polish section, and the Prime Minister of Poland, Morawiecki, immediately blamed Russia for everything.

Of course, it is unlikely that any of the experts has the necessary competence and awareness to talk about response actions. Too unique. However, purely theoretically, a mirror response, not creating a threat of nuclear war, could take place if three conditions were met. First, by analogy with the Nord Streams, everything should take place on neutral territory (the exclusive economic zone is still not the territory of the state). Second, as part of the response, the impact is exclusively on the infrastructure. And third, the response must clearly demonstrate that no hostile act against Russian projects will go unpunished. Although, of course, all this is only a purely theoretical fabrication, in no way connected with reality. The US didn't blow up Nord Stream, did it? This means that we will not have any relation to any “answers”.
Reporterin Yandex News
Reporterin Yandex Zen
8 comments
Information
Dear reader, to leave comments on the publication, you must sign in.