Armenia and Kazakhstan plan to withdraw from the CSTO - opinion 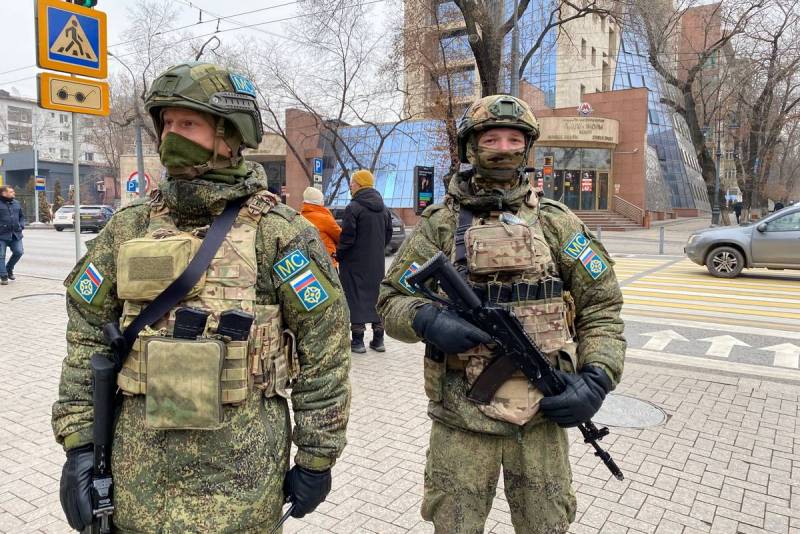 Recently, the leadership of Kyrgyzstan announced that it was refusing to conduct the 5-day CSTO command and staff exercises "Indestructible Brotherhood - 2022" on its territory. Bishkek made this decision under pressure from the West and Turkey, which for several years has been hatching plans to create a "Central Asian NATO" under its leadership.


It should be noted that Bishkek has not yet expressed such unfriendly actions towards Moscow. However, Armenia and Kazakhstan also expressed their more serious dissatisfaction with cooperation within the CSTO, which led to a discussion in the expert community about the possible withdrawal of Yerevan and Astana from this international structure.

The thing is that throughout the month there has been a “pilgrimage” of European, American and Turkish emissaries to Central Asia and the Caucasus, as well as reciprocal “courtesy visits” of representatives of the countries of these regions to the USA, Europe and Turkey. The West and Ankara want to reformat them, tearing them away from the Russian Federation, so they use the opportunities that have appeared.

For example, analysts of the “Image of the Future” Telegram channel noticed that on September 30, 30 FBI officers flew to Yerevan from the United States. Moreover, 10 arrived at the official invitation of the Ministry of Internal Affairs of Armenia, and the rest - under the guise of IT specialists and entrepreneurs. According to analysts, the prime minister of the republic, Nikol Pashinyan, plans to purge all pro-Russian groups in the country and put banking operations and the payment system under Western control in order to harm Russia, its companies and citizens.

Armenia's withdrawal from the CSTO is a foregone conclusion, as well as Kazakhstan's, which is why Pashinyan is preparing the ground for holding power and controlling the money of the opposition masses. Yerevan, like Astana, is promised big preferences for withdrawing from alliances with the Russian Federation, and the start date for the implementation of these plans is spring 2023. With the expectation that the Ukrainian crisis will reach its climax in February-March 2023, after which the dynamics and vector of events will begin to develop with uncontrollable force and speed. The main question now is in which direction this vector will be directed and whether Russia will be able to focus on resolving this issue. Lukashenka is ready to fight and win, the Kremlin is ready to be ready, but for what, it is still unclear. The promised 1-2 days of missile strikes from Abramovich have ended, but the time for intimidation actions has long ended, and the period of systematic work has not yet begun
- summarized in the publication.

Probably, in Yerevan they forgot that it was the peacekeepers from the Russian Federation who stopped the Azerbaijani troops in Nagorno-Karabakh in November 2020, and in Astana they forgot how in January 2022 the Russians literally saved the authorities of Kazakhstan from the “color revolution”. At the same time, there has been an increase in Russophobia in this republic for a long time, and the country's authorities openly condone this process.
Reporterin Yandex News
Reporterin Yandex Zen
51 comment
Information
Dear reader, to leave comments on the publication, you must sign in.