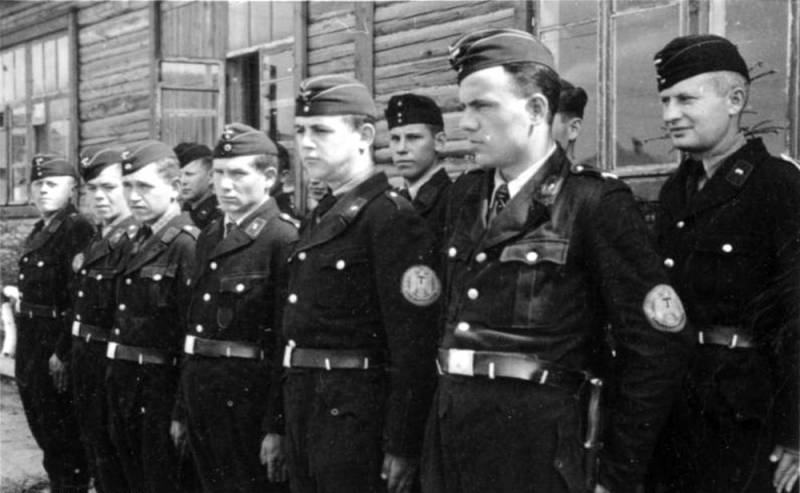 On September 21, 2022, President Putin announced the start of partial mobilization. According to Defense Minister Shoigu, an additional 300 reservists should be drafted into the RF Armed Forces. With sin in half, but the first mobilization in post-war history has begun, reinforcements are being prepared and gradually sent to the front. The question is, will these 300 thousand be enough and who is really needed to finally resolve the issue with Ukraine as a militarized neo-Nazi quasi-state under external control?

The author of the lines was inspired to write this publication by communication with a former colleague from the Investigative Committee of the Russian Federation, who said that now on weekends investigators go to training grounds, where they are taught shooting and the basics of military affairs. We emphasize that this happens on a voluntary basis, and many of them themselves are not averse to being on the territory of the former Square, where the length of service goes for three years. So far, preparations are being made in the “just in case” format, so that an employee of a specialized civil service has a general idea of ​​which side to take on the machine if necessary.

However, this fact involuntarily made me recall the public calls of the head of the Chechen Republic Ramzan Kadyrov to mobilize among employees of various paramilitary and law enforcement structures, of which there are a great many in our country:

Even if we exclude the reservists from the equation, we still have a colossal staff of employees who somehow have good physical training and weapons skills: the Ministry of Emergency Situations, the FSPP, the FSB, the FSO, the Foreign Intelligence Service, the Federal Penitentiary Service, the Federal Customs Service, the prosecutor's office, the UK.
There is indeed a certain logic in the words of Ramzan Akhmatovich, but it is impossible to fully agree with him, and here's why. Let's remember the most recent history in order to imagine what our military and law enforcement officers have to deal with.

The Great Patriotic War officially ended on May 9, 1945, but peace and tranquility in Western Ukraine did not come very soon. On its territory, the entire OUN-UPA network, better known to us as Bandera, has been preserved, the very ones, the real ones. It was based on well-trained, armed and motivated militants from the SS division "Galicia", national battalions, clubs and punishers. It was a very well organized structure with its own intelligence, investigation and security service. The number of militants armed with Soviet and German weapons was estimated at 25 to 100. They had an extensive network of forest bunkers and underground caches, where they could hide themselves and store weapons and ammunition.

Complicating the struggle of the NKVD and the Red Army against Bandera was the fact that they enjoyed the support of the local population and "Western partners". How dangerous the enemy was can be judged by the loss figures: in 10 years, 25 Red Army soldiers, policemen and security officers, as well as 32 civil servants from the Soviet party activists, were killed on our side.

The victory over Bandera was not easy. To search for bunkers in the forests, specially trained dogs were used, caches were thrown with grenades with sleeping pills. When the conduct of combined arms operations became ineffective, operational groups began to be created everywhere from military personnel and employees of the NKVD. The decisive factor was the decision on an amnesty for Bandera, who were ready to lay down their arms and return to civilian life. At first they were few, but gradually became more and more. Among them, NKVD operatives recruited their own agents, who later helped in the elimination of the irreconcilable.

This experience is extremely relevant for modern Ukraine. Today, the Zelensky regime has mobilized about 750 troops in the Armed Forces of Ukraine, and the total number of combatants is estimated at 1 million people and will continue to grow in response to partial mobilization in Russia. The people now have a huge amount of weapons in their hands. Some are already accustomed to solve all their problems by force and go unpunished. Even if Kyiv capitulates right tomorrow, it will leave us a huge problem in the form of a lot of people with “beaten off” heads and weapons in their hands, as well as a bunch of neo-Nazi nationalist structures that can rightfully be considered the successors of those Bandera people.

Whether you like it or not, the counterterrorist operation will eventually have to be carried out on the territory of the whole of Ukraine. Right now, order must be restored in four new Russian regions, where, undoubtedly, there are many “sleeping” cells of the SBU and other terrorist organizations, gunners and spotters of the Armed Forces of Ukraine, Ukrainian “killers” who kill pro-Russian people and employees of the CAA. In particular, Igor Murashov, the former general director of the Zaporizhzhya NPP, recently admitted to cooperating with the SBU:

Communicated with an employee of the SBU via instant messengers, transmitted information about the current state of affairs at the nuclear power plant.
It was the head of the largest nuclear power plant in Europe, Karl! And how many more such sympathizers, direct accomplices and professional saboteurs are left?

We must understand very clearly that after the end of hostilities, a new war will begin, a sabotage-terrorist one. The entire system of law enforcement agencies of the former Ukraine will have to be created anew, not relying on local personnel. To do this, it will be necessary to attract the Russians, at least for the transition period. In fact, for every mobilized serviceman there should be one more National Guard officer and an intelligent operative, the Ministry of Internal Affairs or the FSB, who will have to start their work right now and build intelligence networks. The fact that the terrorist attack on the Crimean bridge, despite all the measures taken earlier, turned out to be possible is a clear confirmation of this.

What can we conclude?

Operatives, investigators or rescuers really need to start preparing for what they can expect in Ukraine, up to the fact that they will have to personally shoot from a machine gun. However, throwing specialists of this profile to the front line is not only inefficient, but also stupid. Their job is to ensure the security of the state in the rear, and this problem is no less important than the offensive or holding the front. So a "law enforcement landing" against Ukraine from hundreds of thousands of police officers and investigators following the mobilization in the RF Armed Forces is simply inevitable. And it is better to prepare for this in advance.
Reporterin Yandex News
Reporterin Yandex Zen
13 comments
Information
Dear reader, to leave comments on the publication, you must sign in.