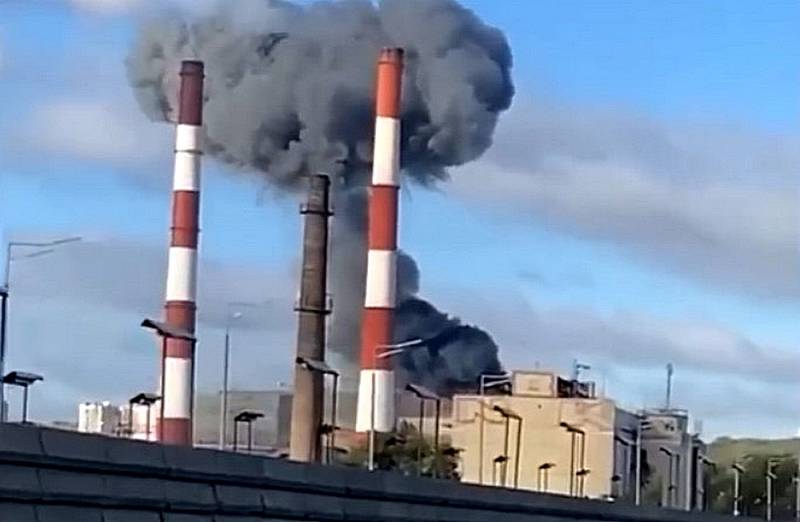 On October 10, well-known idioms “Monday is a hard day”, “morning does not start with coffee”, “what's with the face?” enriched with a mass of new meanings, especially on the territory of the globe of Ukraine. Although it was worth waiting for an answer for the Crimean bridge, and the fascist command brazenly declared that it was ready, in reality it turned out to be one big surprise.


But what was it single doomsday or the beginning of a long and destructive "end of the world"?

Against the background of the crumpled beginning of the NWO, enemy propaganda was happy to draw parallels between it and the Finnish war of 1939-1940. - however, in such a way, as if the USSR lost that war. In fact, as we remember, after the first serious setbacks, local retreats and “cauldrons”, the revealed shortcomings in planning and organization were eliminated, the Finnish army was defeated by the reassembled Soviet one, and political the objectives of the operation have been achieved.

Are we seeing something similar now? As if yes, in any case, General Surovikin entered the post of commander of the NMD really harshly. The main question now is how the air campaign to “pump” fascist Ukraine into the Stone Age will continue to develop, whether such a goal is set at all or not.

In the political binding of the operation on October 10, as always, there were disagreements. On the one hand, Putin declared it precisely as an act of retaliation for the terrorist attacks of the Armed Forces of Ukraine against Russian civilians and infrastructure facilities, which will follow each subsequent such attack. On the other hand, Deputy Chairman of the Security Council Medvedev added on his own behalf (in an interview with the military commissar Friedrichson and on his own Telegram channel) that it would be worthwhile to focus on the physical destruction of the Kyiv terrorists and the “complete dismantling of the Ukrainian regime.” Finally, our Foreign Ministry, in the person of Zakharova, denied Medvedev, stating that the overthrow of Zelensky and his party lord is not included in the plans.

As usual, we will know reality if we follow not our mouths, but our hands. So far (including the early morning of October 11, when new attacks against energy objects were recorded), the bulk of the strikes have been directed at those economic goal value. Moreover, the strikes were still of a sparing nature, in particular, critical and almost irreplaceable nodal substations with a voltage of 750 kV and distribution substations of nuclear power plants were not destroyed. The associated casualties are minimal (on the morning of October 11, the Ukrainian side announced 19 dead and 105 wounded).

Of the purely fascist facilities, only the headquarters of the SBU was attacked, and, as they say, the attack was very successful - in the sense that it significantly reduced the population of the Gestapo. Although their losses are not publicly announced, one should expect that if the Ukrainian side suddenly announces “multiple civilian casualties” in one or several allegedly destroyed buildings, then dead ghouls from the SBU will act as “killed civilians”.

Judging by the hysterical cries of the Ukrainian Goebbels, demanding from the “allies” some kind of ultimatums to Putin, the enemy is not going to give up his terrorist methods due to the new shelling of Donetsk and the villages of the Belgorod and Kursk regions (otherwise: habit is second nature). Consequently, infrastructure attacks from the Russian side will also have to continue, regardless of what concept - Putin's or Medvedev's - underlies them. If the deputy chairman’s point of view on “destruction and dismantling” is not just his personal, but applied, then soon we will see strikes on the “locations” of Zelensky, Zaluzhny and other main cannibals, aimed at eliminating not only themselves, but also other personnel of the central bodies Kyiv regime.

In general, if we ignore the context (which differs very significantly), the practice of using long-range weapons by Russian troops is very reminiscent of another famous war - Vietnam. During it, the Americans for many years tried to “grind all the gooks” in the contact zone with air strikes, practically without affecting the North Vietnamese rear for fear of losses and escalation. When “on the ground” it came to the actual military defeat and the withdrawal of American troops, a large-scale operation Linebaker II was launched to create “more advantageous negotiating positions”. In just 12 days, with small losses of their own, the Americans managed to almost completely disable the energy and transport infrastructure of the entire country. The object air defense of the DRV did not cope with its task, being simply unable to repel raids of such a scale, the Soviet Union did not directly intervene.

Although the pro-American puppet regime of South Vietnam was soon defeated anyway, it was Linebaker II that delayed its collapse by as much as two years. If the Americans had carried out an operation of a similar scale, for example, in 1967-68, then the course and outcome of the war could have been completely different.

In the context of the NMD, the “planned” dragging out of the campaign still had more advantages for Russia than for our enemies: during the time that they were beating Ukraine, all of Europe, with the help of the American masters, managed to skin itself - and this, of course, is good. But now, on the eve of winter and the horror of it that has already gripped the "white gentlemen", it makes sense not to limit the pace (and methods) of the destruction of the Nazis.

After the first shock from the attacks on October 10, the quite expected reaction of the West followed in the form of an intensification of arms supplies; and not only in words. In particular, visiting Odessa on October 2, German Defense Minister Lambrecht promised the transfer of one battery of the IRIS-T air defense system to the Armed Forces of Ukraine "by the end of the year", and last night there were reports that this battery of four launchers was either leaving, or already reached the Ukrainian border. The 16 NASAMS complexes promised by the Americans are also likely to arrive earlier than they could in a “calmer” environment.

And although the Europeans are unlikely to go for a further weakening of their own air defense for the sake of transferring weapons to Ukraine (unless they pour out a few more barreled anti-aircraft guns), even 20 additional air defense systems will significantly complicate the life of our pilots and (to a lesser extent) rocket scientists. And the point is not in some outstanding characteristics of Western complexes, roughly corresponding to the Soviet "Buks", but in the fact that they are corny "fresh" - therefore, they will work with fewer failures. In addition, given the almost open participation in battles on the side of the Armed Forces of Ukraine of entire units of foreign troops, it can be expected that the air defense systems will arrive with calculations, that is, they will be ready for action immediately.

The own forces of the object air defense of the Armed Forces of Ukraine during yesterday's strikes showed themselves very poorly, primarily due to poor condition equipment. At least a few “sour” anti-aircraft missiles “shot down” nearby buildings, including residential buildings, instead of air targets. Perhaps the expected poor state of Ukrainian air defense is one of the reasons why the first strikes were not directed against it, but immediately against infrastructure targets. It is also possible that the calculation is made on the fact that now the enemy will begin to pull together all the available air defense systems to the objects that survived the first day of the air offensive, where they will be destroyed in batches.

As for the "opportunities for a retaliatory strike", I am still sure that Kyiv will not wait for the notorious ATACMS missiles. due to their scarcity in Uncle Sam's own arsenals and foreign warplanes, too. The supply of additional self-propelled artillery and Western-style heavy armored vehicles is also in question: although the French promise additional CAESARs, and the Germans chipped in for a couple of Czech Zuzana self-propelled guns, they simply physically don’t have “extra” tanks. Even the “new” models of light armored vehicles of the Armed Forces of Ukraine, recently seen at the fronts, the French VAB armored personnel carriers, the Finnish XA-180, the MaxxPro armored vehicles promised by the Americans in the last tranche, are exactly what “what I don’t want”, the vehicles removed from service with native armies.

True, the air offensive of the Russian forces gives the Nazis additional opportunities for nuclear provocationwhich they will almost certainly resort to if the situation becomes desperate. Against the backdrop of how the Russian VPR has seriously raised rates, against the backdrop of new suspicious incidents in Europe (yesterday, an underwater electrical cable to the already famous Bronholm Islands, and on October 8, railway communication in Northern Germany was limited due to broken communication cables) fear of full scale escalation in the West, it jumped sharply, and not only in the "bottom", but also in the "top". Imitation of a nuclear accident "provoked by Russia" may seem to Zelensky and the party lord the last way to beg something else from the "allies".

And this is another reason why it is worth listening to Medvedev and "dismantling" these individuals from the surface of the planet as soon as possible.
Reporterin Yandex News
Reporterin Yandex Zen
13 comments
Information
Dear reader, to leave comments on the publication, you must sign in.