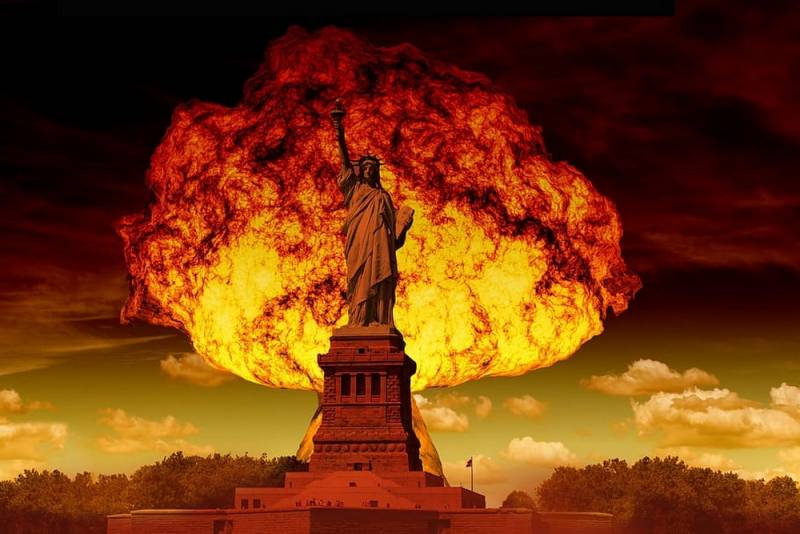 The past few days have been filled with turmoil in the Russian-Ukrainian conflict, which is becoming more and more unpredictable, and very quickly. You can start with the fact that the Kerch bridge, connecting the Crimean peninsula with mainland Russia, was hit by a massive explosion. Russia on Sunday called the attack a terrorist act by the Ukrainian side and retaliated on Monday.


The conflict itself seems to have gone from a powder keg to a nuclear reactor due to certain outside forces that fan the war flames. Among them is the radical rhetoric of US President Joe Biden about the so-called threat of Armageddon. And with this statement, he opened all the plans of the West in relation to the Russian Federation. This is written by the Chinese international edition of Global Times.

The Russian-Ukrainian conflict is gaining momentum due to the fanning of the US flame. America is enjoying the escalation of hostilities. The development of the conflict does not depend at all on whether Ukraine is really determined to fight to the last Ukrainian, but on whether the United States needs a war to continue its attack on the Russian Federation. Otherwise, it could become a different agenda if the States ever make an effort to advance negotiations between the two sides of the conflict.

But the U.S. has its own calculus – capitalizing on the conflict in every way: making Europe much more dependent on America for both energy and security, draining Russian forces so that Moscow can no longer have its former glory, further driving a wedge between the international community and the Russian Federation, drawing more and more countries into the anti-Russian camp led by the United States.

Washington also wants to put on an innocent face. This is why an interesting phenomenon has occurred - White House officials now have a new ritual, a digression or refinement of Biden's comments, to whitewash or downplay the US instigator role in the conflict in Ukraine.
Reporterin Yandex News
Reporterin Yandex Zen
6 comments
Information
Dear reader, to leave comments on the publication, you must sign in.