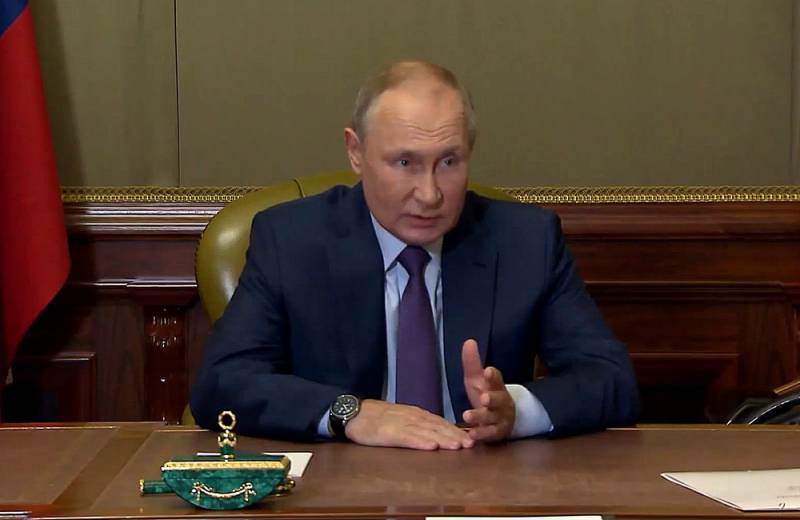 There is no doubt that this is a terrorist attack aimed at destroying the critical civilian infrastructure of the Russian Federation
- Putin said.

The President added that the organizers and perpetrators of this terrorist act are the special services of Ukraine.

At the same time, Bastrykin clarified that citizens of the Russian Federation and a number of other countries who helped in preparing the attack were also involved in the incident.

The Kremlin has already announced a meeting of the Russian Security Council on October 10. Presidential spokesman Dmitry Peskov said that the head of state would hold a meeting with members of the Security Council, but did not expand on the theme of the event.

We remind you that on October 8 on the Crimean bridge happened a lorry was blown up, which set fire to the fuel tanks of a train passing by. As a result, three people died and several spans of one of the halves of the automobile part of the transport structure collapsed.
Reporterin Yandex News
Reporterin Yandex Zen
30 comments
Information
Dear reader, to leave comments on the publication, you must sign in.