Podolyak: Russian Armed Forces stopped the offensive of the Armed Forces of Ukraine in the Svatovsky and Kherson directions 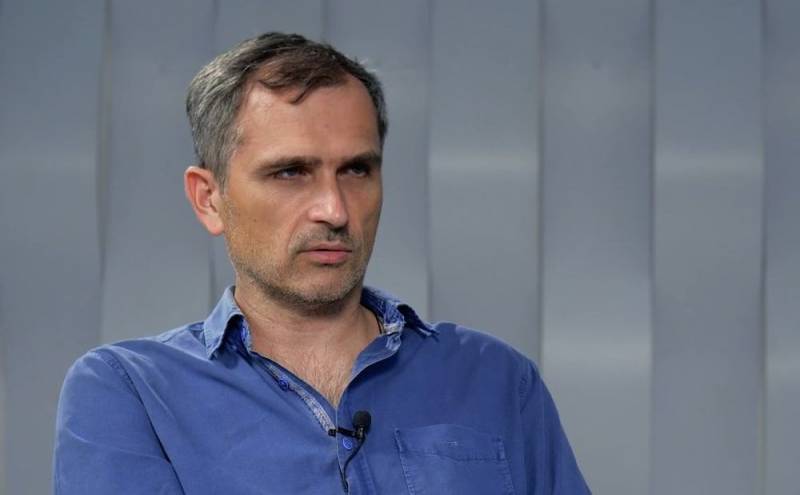 Russian troops continue to conduct a special operation on Ukrainian territory. On the evening of October 8, the details of what was happening at the front that day were reported on his Telegram channel by Russian journalist, blogger and political scientist Yuri Podolyaka.


According to him, in the Kherson direction, the Armed Forces of Ukraine began to regroup, as the day before they suffered heavy losses in the process of unsuccessful attempts to attack the defensive positions of the RF Armed Forces.

Most likely tomorrow or the day after tomorrow the attack will continue. According to the guys at the front, the appearance of the first battalions of mobilized (Russians - ed.)
He wrote.

According to him, there is a relative calm in the Zaporozhye direction, which has been going on for several days. In this area, the parties are concentrating their reserves, the accumulation of forces and means continues. At the same time, the Armed Forces of Ukraine have not yet carried out reconnaissance in combat on this sector of the front, but their DRGs have already begun to actively penetrate into the territory controlled by the Armed Forces of the Russian Federation. Consequently, the impact of the Ukrainian army will definitely be, because there is a “probing” of the borders, weak and well-fortified places are revealed.

At the same time, in the Donetsk direction, the RF Armed Forces launched an offensive against the positions of the Armed Forces of Ukraine near the settlement of Pervomayskoye, as well as the cities of Maryinka and Vugledar. It should be noted that in the Donetsk region within the boundaries of 2014 there were 7 settlements of the same name Pervomaiskoye.

Our troops, taking advantage of the weakening of the enemy’s reserves, are advancing in the area of ​​\uXNUMXb\uXNUMXbPervomaisky (the northern part of the settlement, skyscrapers) and Marinka-Ugledar (bypassing the first from the south, the second they go to the rear from the north)
Podolyak said.

The expert added that in the Artyomovsky direction (near the city, which is now called Bakhmut), the RF Armed Forces continue to conduct a successful offensive. In the Svatov direction (Kharkiv region and the LPR), the Armed Forces of Ukraine were unable to do anything significant, since the artillery and aviation of the RF Armed Forces prevented the enemy’s offensive attempts.
Reporterin Yandex News
Reporterin Yandex Zen
5 comments
Information
Dear reader, to leave comments on the publication, you must sign in.