How the policy of "peacekeeping" leads Russia to nuclear war 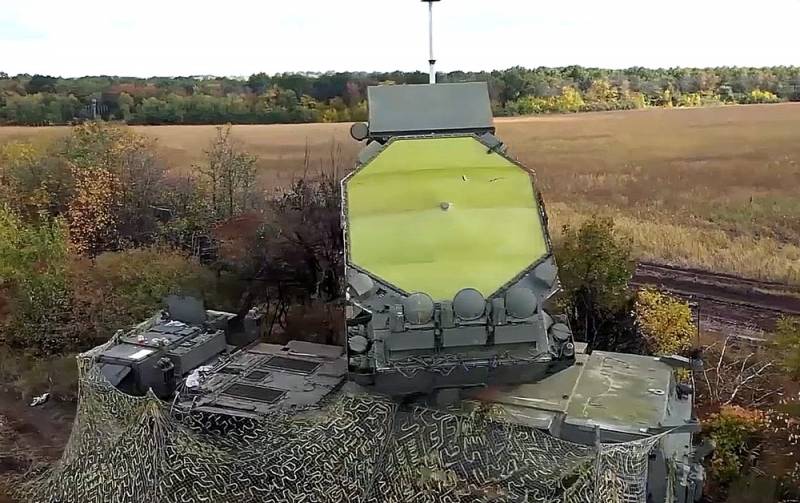 As one would expect, President Putin's decision to annex four former Ukrainian regions to Russia following popular referendums became a point of no return in the conflict between Moscow on the one hand, Kyiv and its Western handlers on the other. Now for sure: either they or we.

In his historic speech of September 30, 2022, Vladimir Putin once again called on the Kyiv regime to negotiate:
We call on the Kyiv regime to immediately cease fire, all hostilities, the war that it unleashed back in 2014, and return to the negotiating table. We are ready for this, it has been said more than once.
In response, President Zelensky enforced the decision of the National Security and Defense Council on the impossibility of negotiating with Russian President Vladimir Putin:

I decide... to put into effect the decision of the National Security and Defense Council of Ukraine dated September 30, 2022... to state the impossibility of holding negotiations with President of the Russian Federation V. Putin.
It would seem that it would be time for the Kremlin to stop putting a good face on a bad game, trying to push through a 100% dead-end option with “neutral Ukraine, but without Crimea, Donbass and the Sea of ​​\uXNUMXb\uXNUMXbAzov”, but no. With almost manic persistence, worthy of a better use, the press secretary of the President of the Russian Federation Dmitry Peskov continued to bend the "negotiation" line:

We will now wait either for a change in the positions of the current president, or we will wait for the future president of Ukraine, who will change his positions in the interests of the Ukrainian people.
The fact that the hopes of Peskov and similar “peacekeepers” for fundamental changes in the position of Kyiv are illusory, and sitting “in the house”, waiting for who knows what, is useless, President Zelensky explained in plain text in an interview with CNN:

They will resort to freezing the conflict, agreements, negotiations, they will become stronger and move forward again. This is their strategy - gradually and very slowly, piece by piece to eat us. <...> I don't want to play it.
In theory, that's it, stop begging for "peace on your own terms", but no. The head of the Federation Council, Valentina Matviyenko, again started the old song, referring to the "almost reached agreements in Istanbul", which some ill-wishers thwarted them:

We say again: we are for negotiations, we are for dialogue, we are for peaceful political solution to this crisis. Let's negotiate and let's sit down at the negotiating table.

Now, obviously, the main aim of Russian diplomacy will be to repeat tirelessly about “neutral Ukraine without Crimea, Donbass and the Azov region”, with which the Kremlin really wants to be friends on “our terms”. True, where are the guarantees that the fate of the Istanbul agreements will not repeat the Minsk agreements, and where does such confidence come from that “foreign curators” will not spoil everything again? Unclear.

What is clear is that President Putin's promises to use all possible means to protect Russian territory, both as of September 30, 2022 and after expansion, are not taken seriously in the West. This can be judged by the latest statement by Zelensky, who asked his “overseas masters” to launch a preventive nuclear strike on our country:

What should NATO do? Eliminate the possibility of Russia using nuclear weapons. But what is important, I once again appeal to the international community, as it was before February 24: pre-emptive strikes, so that they know what will happen to them if used. And not vice versa - to wait for Russia's nuclear strikes, in order to later say: "Oh, you are so, well, keep it from us."
For any sane Russian, it is quite clear that President Putin's plans do not include inflicting nuclear strikes on Ukraine.

At first, people close to us live there, so far under the external control and influence of the Nazi regime. No matter what the domestic “peacekeepers” spun, the RF Armed Forces will eventually have to liberate the entire territory of Ukraine, and it should not be radioactive.

Secondly, it has no special military significance. What is the point of using nuclear weapons according to the Armed Forces of Ukraine, for example, tactical ones? Scare Kyiv and force him to capitulate? So he doesn't get scared. The Kyiv regime is directly controlled from abroad by the Anglo-Saxons. They wanted to spit on any losses among the Ukrainian military and civilians. On the contrary, the more there are, the better. The decision to surrender the Square will definitely not be taken by Zelensky. Then what's the point?

The effect of the use of tactical nuclear weapons by Russian troops will be exactly the opposite of what was expected and strictly negative. Moreover, this is exactly what our "Western partners" are waiting for in order to finally make our country a "rogue" and free their hands in the use of nuclear weapons by the NATO bloc.

I don't want to "croak", but the longer the special operation drags on, the higher the risk of using nuclear weapons. But not by Russia, but by Ukraine. It seems that they can create radiological weapons on their own. Perhaps it is already ready. The targets for the Ukrainian Armed Forces to strike with a "dirty bomb" will then, presumably, be Donbass and Crimea in order to "de-Russify" them. As they say, do not get anyone.

What is the moral?

The Russian military-political leadership is now required to finally stop playing "Leopold the cat". What is critically needed from the Kremlin is an uncompromising, uncompromising position and tough, consistent actions aimed at increasing the combat capability of the RF Armed Forces in order to completely and quickly destroy Nazi Ukraine as a quasi-state under the external control of the enemies of our country. Inadequate in its essence "peacekeeping", aimed at reconciliation with clinical Russophobes, is perceived by the enemy as a weakness, and even worse by its own population. The prolongation of the conflict only leads to a continuous increase in the stakes and the price that Russia will have to pay with the blood of its soldiers and economic losses. Enough.
Reporterin Yandex News
Reporterin Yandex Zen
29 comments
Information
Dear reader, to leave comments on the publication, you must sign in.