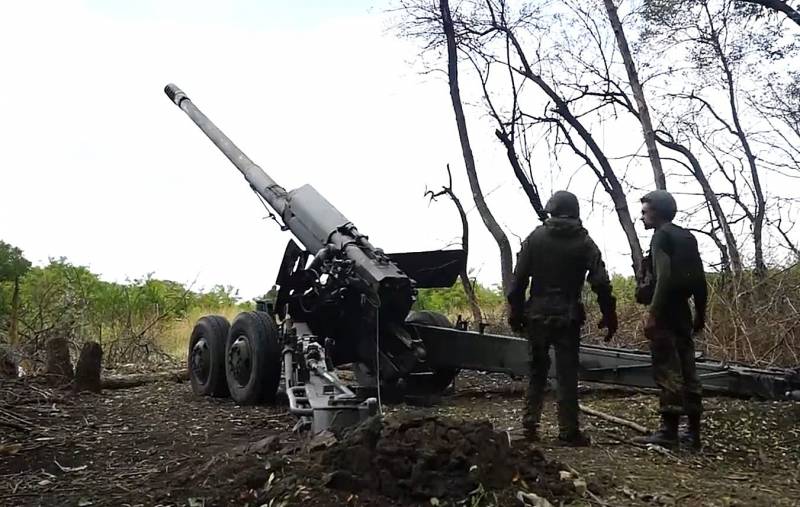 The special operation of the Russian Federation in Ukraine began in the form of assistance to the people of Donbass in the civil war unleashed by the pro-American Maidan authorities in 2014. The purpose of the operation was the liberation of the territory of the LDNR, the demilitarization of Ukraine due to the fact that the United States turned it into a stronghold of military pressure on the Russian Federation, as well as denazification, since the core of the conductors of the anti-Russian policy there were fascist gangs incorporated into the Ukrainian state.

The opponent was the Ukrainian state itself as an institution of power and violence, formed with the participation of the West after the 2014 coup. State power was then taken by pro-Western oligarchs and agents of influence, who gradually changed the face of the country. This Ukraine no longer had anything in common with the Soviet one and continued all those nationalistic and Western tendencies that actively developed during the period of independence. Roughly speaking, it turned out Bandera Ukraine with an extremely radical version of the comprador ruling class. If until 2014 the government in Ukraine walked from hand to hand and was “neither fish nor fowl”, but at least somehow reckoned with the people, then after 2014 it became completely anti-people and controlled by the United States. Ukraine, as a country, was destined for the role of a shock detachment of American imperialism in the strategic European direction.

The Ukrainian authorities not only dutifully, at the behest of Washington, turned their state into a weapon against the Russian Federation, and the Ukrainian people into cannon fodder, but also actively promoted American interests in relation to European countries. Ukrainian politicians, for example, have harshly criticized Europe for allegedly not consistently self-destructing itself enough to fight the Russian Federation. Thus, they, for their part, supported the American course of economic and political subjugation of Europe. Lavrov drew a true parallel about the essence of this course:

The United States subjugated almost the entire collective West, mobilizing it to turn Ukraine into an instrument of struggle against Russia, just as in his time Hitler put under arms most of the countries of Europe to attack the Soviet Union.
In general, the subjugation of Europe at this stage of the Cold War is the main strategic acquisition of the United States, because until recently the EU could become no less dangerous competitor to American hegemony than China, and even more so the Russian Federation. But the Americans quite skillfully managed to return Germany and France to the fairway of their policy, and behind them the entire EU.

The armed formations of Ukraine have been preparing for a military confrontation with the Russian Federation for a long time, they were saturated with NATO military experts, and the fascist battalions were trained in the countries of the alliance. Until September 2022, the AFU received extensive assistance from Western countries in all areas: money, mercenaries, technique, fuel, intelligence and in the form of political, informational and diplomatic support. However, the extent of NATO involvement in the conflict was limited by this assistance. Bandera Ukraine was a means of implementing US policy.

On the part of the Russian Federation, the initial plan of the special operation was to provoke a crisis and a change in the political regime in Ukraine by blocking the main large cities with lightning speed and creating a danger of encirclement of the main AFU grouping in the Donbass, which was chained by battles. Therefore, Putin offered the Ukrainian military to overthrow Zelensky.

This idea was outstanding in its audacity and complexity of assessments of factors, but it turned out to be based on an erroneous analysis of the state of the Ukrainian state and society, and therefore did not work. There were two options for the development of events: reaching a certain compromise in the negotiations or reorienting the tasks of the military operation to defeat the Armed Forces of Ukraine and other armed formations of Ukraine. The first option was absolutely unrealistic, since the Washington patrons thwarted all attempts at negotiations, and Zelensky and his team managed to quickly and decisively suppress any opposition, unleash terror, establishing outright tyranny. The second option became plan B, which, by the way, was originally prepared for.

The further course of the special operation demonstrated a fairly successful use of the potential of the troops involved, despite its obvious numerical insufficiency.

In September 2022, the VFU organized a series of offensive actions, seizing the initiative in the Kharkiv direction. The Ukrainian offensive revealed the changing nature of US and Western influence on the conflict. The decisive contribution to the offensive potential was provided by a significant proportion of mercenaries from NATO countries and operational leadership by Western generals.

Now the United States and NATO countries have become full participants in the conflict, and the territory of Ukraine has become a field of collision between American imperialism and the Russian Federation. The absence of NATO troops under their own flags in Ukraine is explained solely by the attempt of the governments of these countries to avoid the discontent of their own citizens, who are propagandized to support Ukraine, but not to direct war with Russia.

According to the statements of Western politicians of the Euro-Atlantic orientation, one can trace how the process of forming a decision on direct participation in the conflict was reflected in the information space. First, back in April 2022, British Foreign Secretary Liz Truss, on behalf of the entire West, quite unexpectedly launched the installation: “The war in Ukraine is our war” - and advocated the speedy expansion of NATO at the expense of Sweden and Finland. Although Britain was no longer part of the EU, this message in European politics went through a bureaucratic run-in from April to September. Almost all political forces that tried to maintain at least some neutrality and adherence to the logic of de-escalation were suppressed, first of all, informationally. For this, numerous fakes about war crimes of the Russian army were used.

In addition, between February and September 2022, Europe fell into economic dependence on the United States due to the redistribution of the gas market and the imposed sanctions policy. The Americans began to lure European capital overseas because of the energy crisis. And the hysteria of the military threat pushed the EU into the political embrace of the United States due to the fact that Russia's nuclear potential is many times greater than that of the EU, which has only one nuclear power left - France.

All this ended with the fact that German Defense Minister Lambrecht, quite frankly on September 12, 2022, said that the United States would focus on countering China, and Germany, at the head of Europe, would deal with the fight against Russia. This is a new configuration of forces in the cold war, which is no longer so cold. The Bundeswehr received 100 billion euros and will soon begin deliveries of German armored vehicles to Ukraine.

Let's be perfectly honest: there is a lot at stake. Not only for Ukraine, but for the whole of Europe and the world as a whole. And we will be tested. We will be tested by those who want to exploit any division between us. This is not just a war unleashed by Russia against Ukraine. It is a war against our energy, a war against our economy, a war against our values, and a war against our future. This is autocracy versus democracy. And I am here in the belief that through courage and solidarity, Europe will win and Putin will lose.
Less than a week later, so that no one had any doubts about the “general line”, the United States undermined the Nord Streams, thus putting an end to the question of at least some kind of European independence. Zelensky, in turn, on orders from above, signed an official piece of paper with the phrase: "To state the impossibility of holding negotiations with President of the Russian Federation V. Putin." In short, in every sense there is no going back.

The military-political leadership of the Russian Federation, in response to a change in the nature of the enemy and failures at the front, announced a partial mobilization. Modest by the standards of the situation, Putin's statements about the essence of Western imperialism (neo-colonial system) and American hegemony informed the position of the Russian Federation.

Thus, NATO forces are currently acting as an adversary, which will continue to strengthen and build up the potential of the Ukrainian armed formations. There is a further militarization of the territory of Ukraine as a springboard for the hot spot of the new cold war. At this stage of the special operation, its goals have changed, now we are talking about taking control of the territories recorded as part of the Russian Federation.

What about the demilitarization and denazification of Ukraine?

A return to the original motivation for the special operation is possible if the NATO countries weaken their participation in the conflict, for example, due to insurmountable economic problems of the EU during the approaching winter or the emergence of a new point of tension in Asia that will draw off US resources.

As you can see, the situation and the international situation are changing quite rapidly. Not only is the European economy cracking at the seams, the French neo-colonial influence is fading, but there is also a government crisis in Britain. North Korea is increasingly asserting itself with missile tests. All parties and participants in the great process of breaking up the former world order have brought contradictions to an extreme degree, when retreat and delay are practically impossible. Everything in each individual country rests on the strength of the economic and political system, and the decisive factor is the coordination of the actions of forces on both sides of the barricades.
Reporterin Yandex News
Reporterin Yandex Zen
19 comments
Information
Dear reader, to leave comments on the publication, you must sign in.