Direct participation of Belarus in the NWO - does Russia need it? 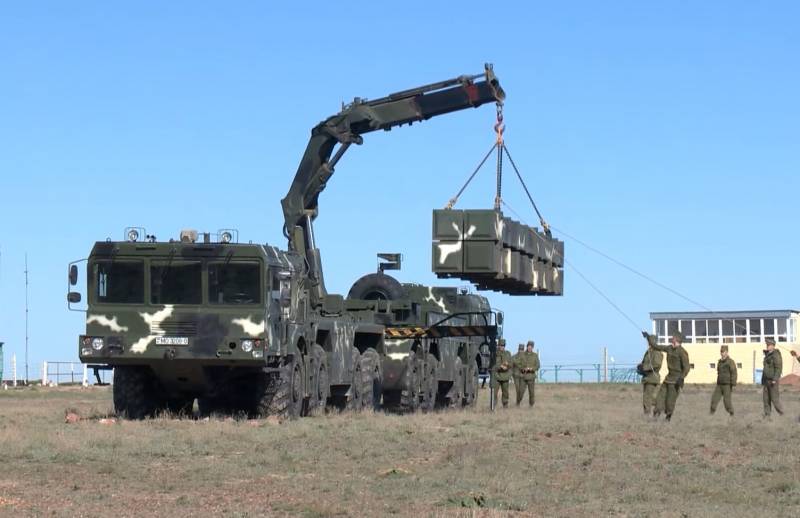 This week, Belarusian President Alexander Lukashenko made a number of rather characteristic statements about the role and place of his country in the special military operation being carried out on the territory of Ukraine. Since his statements were made not just anywhere, but during a meeting that the head of state held with the top leadership of the Ministry of Defense, they should be taken seriously. Everything seems to be said clearly, specifically and to the point, but... Questions for Minsk still remain.


Opinions that the state that is today the closest (and, let's be objective, almost the only real) ally of Russia, including in a purely military sense, could make a much more significant contribution to the conduct of the NMD than is happening now, have been expressed repeatedly. Again, the rhetoric of both the Kyiv regime and the increasingly aggressive Belarusian “zmagars” suggests that sooner or later Minsk will have to directly enter into direct conflict with violent “neighbors”, whether he wants it or not. Another question is whether Russia needs it?

Speaking on October 4 to the Belarusian generals, the head of state said very important and, by and large, significant things. First of all, he de facto admitted that Belarus (albeit in a rather peculiar way), but still participates in the NWO. Already something... On the other hand, Alexander Grigoryevich described this very participation in a rather peculiar way. It consists, in his opinion, first of all, in the fact that "no one from the territory of Belarus shoots Russians in the back." This is ensured by two points: firstly, “measures to prevent the spread of the ongoing conflict in Ukraine to Belarusian territory”, and, secondly, “preventing the possibility of a strike against Belarus under the cover of the NMD.” In this case, Lukashenka named Latvia, Lithuania, and, of course, Poland as potential aggressors. In fact, Old Man is afraid of intervention by NATO, because the “warriors” he voiced, with the exception of Warsaw, without the participation of “senior partners” in the bloc, can only deliver any “strike” on headquarters maps. Having firmly gone over before that ... It sounds, you see, somehow not very inspiring: "Let's go there - demilitarize and denazify, and I'll cover your back here." Again, if, God forbid, it comes to a war with the direct participation of the North Atlantic Alliance (let's call a spade a spade - to the Third World War), then the Armed Forces of Belarus are unlikely to play a decisive role in this Armageddon. Well, at least in terms of its size. Let me remind you that the same Lukashenka, who this summer threatened NATO with a crushing strike of the Belarusian Su-24s “in response to the escalation”, had in mind Russian nuclear weapons, for the use of which they, in his words, “have already been converted”. Well, what about the direct participation of Minsk in the NWO in its current format? Upon closer examination, this issue also turns out to be quite controversial.

Yes, Belarus, without a doubt, is an extremely attractive springboard for organizing that very “last and decisive” offensive against the Ukronazis, after which the question of some kind of “negotiations” will disappear by itself. It borders on as many as five “nezalezhnoy” regions, including the capital - Kyiv. However, I repeat, it will make sense to conduct an offensive in this direction only if absolutely all reserves are really brought into action, and, most importantly, political decision on the complete defeat of all the forces of the Kyiv regime. So far, there is no need to talk about anything like that. However, there is another option, moderate and much more realistic. This is a decisive blow through the Volyn region, the purpose of which will be to completely cut off Kyiv from the western borders of the country, and, as a result, almost the final cessation of the supply of weapons and equipment for the APU. Ideally, such actions should have been accompanied by a counter-attack from the south in order to block the "nezalezhny" cordons with Moldova and Romania. However, here everything rests on the same moment - the political will of the top leadership, without which such escapades can result in another "amazingly fruitless victories" followed by shameful "gestures of goodwill" and completely useless victims. At the current stage, it’s enough that the constant fear of opening a “second front” on the part of Belarus forces Kyiv to keep a certain amount of manpower and equipment in this direction, without transferring them to the South-East of the country. On the other hand, Lukashenka has absolutely no guarantees that, by “covering” the Western direction, he will not receive a sudden and vile blow from the East, from the Ukronazis. Believe me, this is not such an incredible scenario as it might seem.

Militant and even outright provocative statements by Kyiv against its neighbors are heard quite regularly. Perhaps the most disturbing of them can be considered the words of the Secretary of the National Security and Defense Council of Ukraine Aleksey Danilov, who, no later than at the end of September, directly threatened Minsk with “retaliation” not even for the entry into the conflict of the Belarusian army, but for “strike” from its territory:

We understand that Putin puts pressure on Lukashenka every day to start armed aggression from Belarus. We know everything. Even a recent meeting in Sochi was on this topic. But if troops come from Belarus, as it was on February 24, they will receive such an answer that they did not count on!

Let's leave aside the ridiculous "vanging" of the crazy veterinarian about the communication between Alexander Grigorievich and Vladimir Vladimirovich. But to his words regarding the readiness to “give an answer” to what seems “inappropriate” to Kyiv, it would really be worth listening to. The number of the same "Haymars" in service with the Armed Forces of Ukraine is growing steadily and it should not be ruled out that some of them can be transferred to the Belarusian border (or have already been transferred and are just waiting for the appropriate commands). To provoke an appropriate incident as a pretext is, as they say, a matter of technique. Well, then ... One "exemplary" shelling or some number of them, carried out with "educational purposes", the matter may not be limited. Ask: “What the hell is Ukraine for?!” So after all, the whole point lies precisely in the fact that in this case it will not be her puppet "leaders" who will decide at all. If Washington comes to the conclusion that the time has come for a “final solution to the Belarusian issue,” then the corresponding plan will most likely be realized through drawing Minsk into a military conflict with Kyiv.

Unfortunately, at the present stage, the West has great illusions about the potential of the Armed Forces of Ukraine, supported by a fair amount of skepticism about the combat capabilities of the Russian army. As for the Armed Forces of Belarus, the attitude towards them is even more frivolous. The Ukrainian and Western media are full of arguments that “Lukashenko's army” is nothing but pure “fiction” and “decoration”. In it, they say, there are 50 thousand personnel, but in reality a maximum, a tenth of this number, is capable of fighting. More realistic "experts" talk about the presence of 10-15 thousand combat-ready troops in Minsk, however, the "hatted" moods are also fairly fueled by "insider information" from the zealous "zmagars" who fled across Europe (and partially settled in Ukraine), singing the praises of the Armed Forces of Ukraine and those who claim that they will easily “take Minsk in just three days.” Or even in a day... Again, in the event of the outbreak of hostilities in the country, they are strenuously trying to form a "fifth column" for the immediate establishment of a new "Belomaidan" in the rear. But this time it will not be a game of "peaceful demonstrations" and "civilized protest", but a completely open attempt to seize power in the country through an armed coup, without stopping at any bloodshed. By the way, the fact that militants are being trained and trained in Belarus to organize terror and chaos in Belarus was repeatedly said by Lukashenka himself. And the characterization of Ukrainian leaders as “Natsiks who sniff, drink and smoke”, after which they blather a lot – these are also his words. Consequently, Alexander Grigoryevich has a correct idea about the degree of "adequacy" of Zelensky and his entourage.

Will the flames of an armed conflict flare up on the Belarusian-Ukrainian border? Today, the answer to this question depends on such a huge number of variables and "unknowns" that it is simply impossible to give it unambiguously. In any case, under the current conditions, such a development of the situation would be rather unfavorable for Russia, since it would force Moscow to once again disperse its forces and means, using them to stabilize the situation also in this direction. It would be better if Minsk really “covers its back” in the West for the time being. And there you will see.
Reporterin Yandex News
Reporterin Yandex Zen
3 comments
Information
Dear reader, to leave comments on the publication, you must sign in.