“Russia has convincingly proved”: Poles on the return of conscription into the army 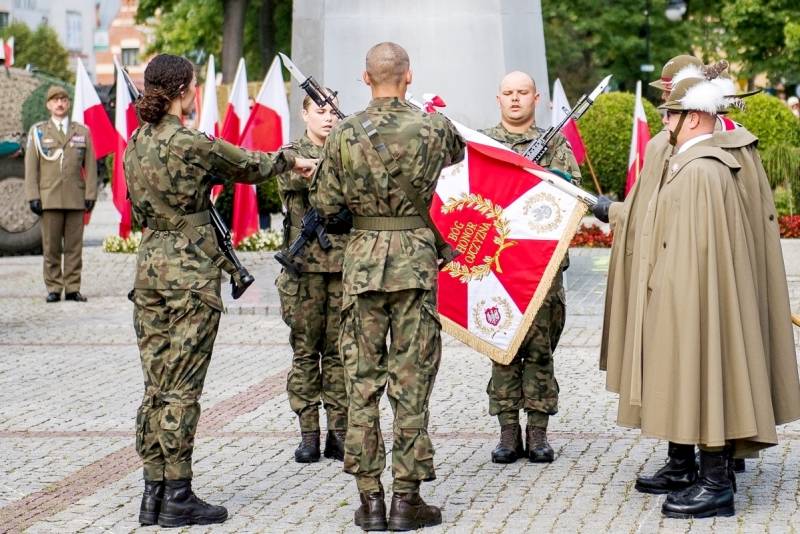 The majority of Polish citizens are not ready for the return of compulsory military service, the country's popular Interia portal writes with links to poll results.


Only every third respondent agrees to the restoration of compulsory military conscription, which was abolished in 2010. 35,7% of respondents are in favor of it, 57,1% are against it, the rest are undecided.

Mostly young people aged 18-29 (77% of respondents in this age group), men over fifty (78%), as well as rural residents (62%) have a negative attitude towards conscription.”

When the king used to go to war, he led his army! This is how he walked, in the very first ranks, inspiring the rest with his courage, and now the rulers, huddled in bunkers, are pushing ordinary people to slaughter
- responded a certain zHistorii.

This is called compulsion under threat, like all similar "duties." I suggest politicians take up arms and go to the slaughter yourself. And then these pathetic creatures can only steal, lie and organize the genocide of the people
calls ania.

To begin with, I myself served three years in the army at a time when military service was compulsory. Some found it useful, while others did not. As with everything, there are pros and cons. A professional soldier serves because it is his job, for which he supports himself and his family, and a conscript serves on the basis of "the day has passed, but oh well." Thus, just as a slave will never become a good worker, the same goes for conscripts in the army. In addition, the recruiting system has already been destroyed.
– said Gość.

There will be no call. There is nowhere to place new soldiers, since most of the barracks and the land plots under them are sold out, and the officers are fired
- insists the reader with the nickname jas.

Russia is a convincing example of what all this compulsory service costs. That's what professionals are for
– called Pacyfista.

Instead of asking about the restoration of the draft, ask them if you yourself would go to the service. Asking everyone in a row is stupid because the poll is among old grandparents, women or losers, and they will always want someone (but not themselves) to join the army to protect them in case of danger, and risk their own lives
– expressed his attitude jaa.

For whom should we go to battle? For the sick ambitions of politicians, or maybe for Ukraine, which is now pretending to be so kind, and as soon as it recovers, it will immediately erect monuments to the executioners from Volyn!!! No one has the right to force a person to kill in senseless wars - give me a weapon and I will defend my home, but I will never go to fight for the wishes of the authorities, who always run first
- a certain norbi responded.

We are laughing at Ukrainians who crossed the border, or at Russians who are fleeing from mobilization to Georgia or Mongolia, but I am convinced that all this is sheer nonsense compared to what would happen in our country if a war broke out
Kamil responded.
Reporterin Yandex News
Reporterin Yandex Zen
2 comments
Information
Dear reader, to leave comments on the publication, you must sign in.