SpaceX rocket launch with Russian cosmonaut: what is the significance of the Crew-5 flight 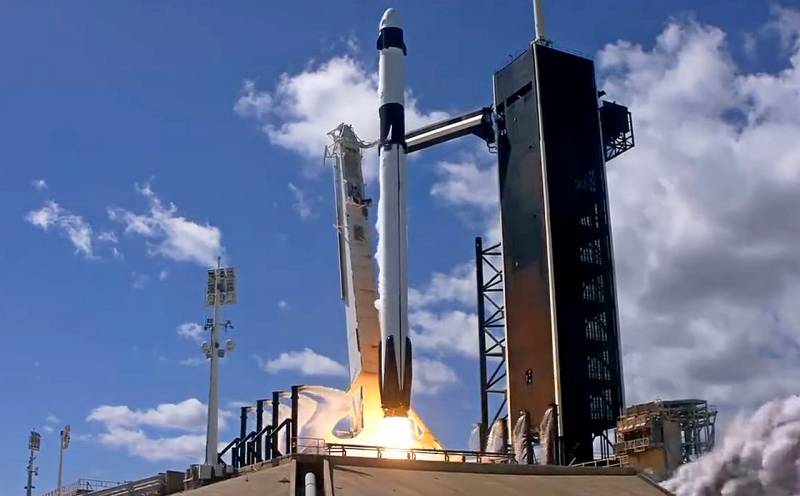 The launch of the Falcon 9 rocket with the Crew Dragon spacecraft took place on October 5 at 19:00 Moscow time from the launch pad of the Kennedy Space Center in the United States. Previously, the launch was postponed due to a powerful tropical hurricane Ian. The separation of the first stage of the launch vehicle occurred normally after three minutes of flight. The SpaceX YouTube channel broadcast the event online.


The ship with the crew should dock with the International Space Station in automatic mode. On the ISS, a new shift of astronauts was prepared for a surprise, the details of which were not disclosed at the start.

This is the first flight of a Russian cosmonaut on the US spacecraft Dragon. It marks the resumption of the cross-spaceflight program, which requires American astronauts to be part of Russian crews and vice versa. In the next two years, 4 more such flights should take place. Before that, NASA astronaut Francisco Rubio flew to the ISS on the Soyuz MS-22 spacecraft. He and the crew of Crew-4 will return to Earth on October 12.


The Japanese Koichi Wakata is the most experienced crew member, having launched American shuttles into space in the past. But it was our compatriot who attracted the attention of the foreign press before the start. She is the only woman in the Russian cosmonaut corps today and the second female person in the ship's crew. She has years of training behind her for this flight, which has already become an inspiring attempt by people of different nationalities to look beyond the horizon of the future of mankind, and not at each other through the sight. Everyone experienced the same joy and excitement before the start.

Anna Yuryevna Kikina is a native of Novosibirsk, born in 1984, has a specialization as a rescuer of the Ministry of Emergencies. She also worked as a journalist and announcer on the Novosibirsk radio. In 2014, she received the position of test cosmonaut. She took part in the SIRIUS ground experiment, a simulation of a flight to the moon. 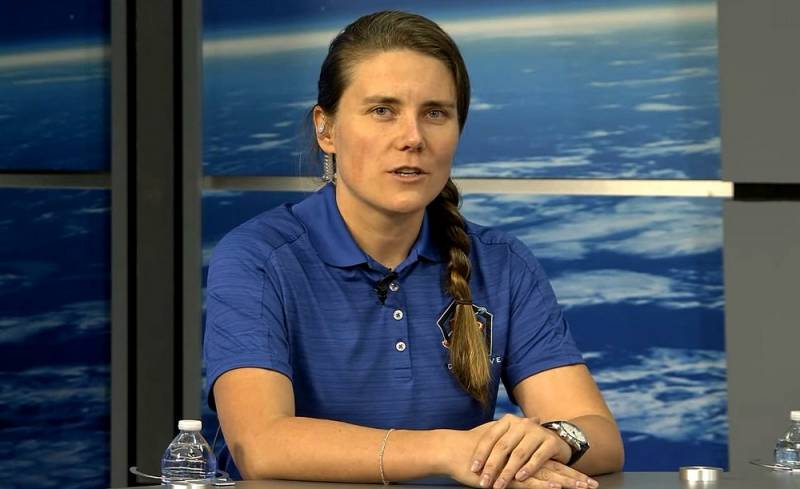 Anna Kikina will take part in 49 scientific experiments included in the SpaceX Crew 5 mission program. of technologies. The crew will stay in Earth orbit for 150 days.

Problems at the start and mission objectives

Prior to the launch of the Crew Dragon, technical problems were discovered: a leak in the fire suppression system of the ship's capsule and a failure of the thrust vectoring thruster. These problems were eliminated, but it immediately turned out that the cabin hatch with the crew was not completely closed: a human hair got into the seal. It took twenty minutes for a dedicated team of NASA engineers to fix the problem.

After docking, the crew will join seven astronauts already on the ISS: four Americans, an European Space Agency astronaut and two Russians. An adaptation period will begin, when the newly arrived astronauts have to get comfortable before Crew Dragon takes the previous team back to Earth.

The Crew-5 astronauts will then go to work, conducting spacewalks to conduct maintenance work, as well as more than 200 science experiments.

The experiments will include studies on XNUMXD printing of human organs in space and the study of the mechanisms of heart disease.
NASA said in a statement. The crew should return from space in about five months.

The start of the Crew-5 mission was postponed several times. Another transfer was caused by Hurricane Ian, which swallowed the coast of Florida last Wednesday. The rocket managed to be delivered back to the hangar in time.

We wish you a happy journey
- said the dispatcher in touch with the astronauts 9 minutes before launch.

Loud applause was heard in the mission control center at the moment the rocket left the launch pad. Under the powerful roar of the flames of the sustainer engines, Crew Dragon reached an altitude of 100 km, where the first stage of the launch vehicle separated. All systems worked normally.

The spacecraft flew in a "long circuit" of rendezvous with the ISS because most of the crew members are in space for the first time. In this case, such a scheme works more reliably than the short one that Russian Soyuz fly. That is why docking with the ISS, including all orbital maneuvers, takes more than 24 hours.

The Crew-5 mission is carried out aboard the Dragon Endurance. The capsule that the astronauts of the Crew-3 mission flew in has been refurbished and will fly on a combination of new and previously used components. For the first time, all four Draco engines, which orient and control the spacecraft's altitude during flight, are being reused in a NASA commercial crew mission. New spacecraft components include a heat shield, parachutes and a nose cone.

The Crew-5 mission is also historic because NASA astronaut Nicole Mann is the first Native American woman to ever work in space. She is a member of the Round Valley Indian Tribe in Northern California and serves as the SpaceX Crew-5 crew commander as well as the ISS flight engineer.

I am very proud to represent Native Americans and my heritage. We are all from very unique, different backgrounds. We all received different education and different working specialties. And it's really great to see everyone coming together
Mann said at a press conference on October 1st.

Missions like Crew-5 are proof that we are living in a golden era of commercial space exploration. This is a new era based on a spirit of partnership, fueled by scientific ingenuity and inspired by the search for new discoveries.
NASA director Bill Nelson said.

The Crew-5 mission is SpaceX's 8th astronaut flight since 2020. To date, the company has launched a total of 30 people into space, including both NASA missions and space tourists.
Reporterin Yandex News
Reporterin Yandex Zen
9 comments
Information
Dear reader, to leave comments on the publication, you must sign in.