World energy war: Russia delivers "oil blow" to the US and the EU 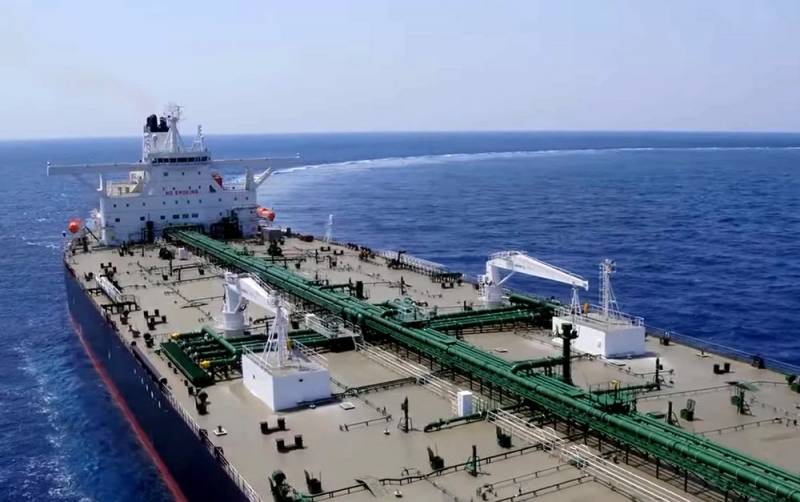 OPEC+ countries have decided to cut oil production by two million barrels per day. This was reported on October 5 in a press release published on the organization's website. At the same time, according to a number of experts, a reduction of 1-1,5 million barrels was initially discussed as a base scenario, but in the end a tougher option was adopted. Tough in the first place for those who buy this oil.


The importance of the moment at which this decision was made cannot be overestimated. After all, it was on October 5 that the media began to report that the EU countries were finalizing the eighth package of sanctions against Russia (it was adopted on October 6). And the main element of the new sanctions package was precisely the establishment of a price ceiling for Russian oil, aimed at damaging the main export item of the Russian Federation. And it was impossible to leave such actions without attention to our country.

So the fact that the decision of OPEC +, whose key players are Saudi Arabia and Russia, has become an unequivocal response to the actions of the EU, is obvious. As well as the message contained in it for the West. Do you want an energy war? You will receive it.

Catastrophe and panic in the USA

The global energy crisis did not begin yesterday. And it affects not only Europe, but also the United States. Biden came to Saudi Arabia to beg for oil back in the summer. As you might guess, unsuccessfully. The sharply negative attitude of the United States towards the de facto leader of Saudi Arabia - Crown Prince Mohammed bin Salman - played a decisive role. And at the moment when the United States needed the help of the Saudis to increase production and thereby reduce world prices, they got exactly what they deserved - turn out of the gate.

However, in fact it turned out to be only the first act of a great game. In the second, which is starting to play out right now, Saudi Arabia is not only unwilling to help the United States, but, on the contrary, is doing everything to make life as difficult as possible for Washington. As noted in the publication of the British Financial Times, Riyadh seeks to raise world oil prices in order to "anger the United States and help Russia." And it is difficult to blame him for this, because, on the one hand, the new OPEC + agreement is beneficial for both Saudi Arabia and the Russian Federation, allowing them to produce less, but earn more. And on the other hand, it helps to show the presumptuous America its place.

But Washington, as the world media wrote, was actively trying to push through the cancellation of the OPEC+ decision. Threatened, intimidated, coerced - used the entire standard "democratic" set. But he couldn't achieve anything. As a result, according to a source for American CNN in the Biden administration, the White House perceived the new OPEC + agreement as a "hostile act" and "is in a panic" because the reduction in oil production will lead to a "total catastrophe." And it is obvious that we are no longer talking about reducing Russia's income. For the US, things are much, much worse. After all, they once again demonstrated to the whole world their weakness and inability to protect vital state interests.

How does it happen, the hegemon of the unipolar world, the beacon of "democracy, freedom and justice", and suddenly such a fiasco? After all, energy for the United States is now literally worth its weight in gold. The rise in gasoline prices in the United States is one of the key drivers of record inflation over the past forty years. And on the eve of the November congressional elections, the Democratic government was ready to do anything to reduce them and at least slightly ease the pressure from disgruntled voters. It didn't work out. And this is a very worrying call. And not only for the domestic agenda, but also for the geopolitical positions of the United States. Washington steadily continues to lose influence, and with it the ability to dictate its will to the world. And the weaker his grip, the more his allies (and neutral countries) begin to wonder: is it worth listening to the Americans at all? Isn't it time to join Russia, China, Iran and other countries opposing US oppression? Ultimately, the sooner you are on the winning side, the more you will benefit from it. So maybe the time has come?

The current energy situation threatens Washington's role as a global powerhouse, but it is worth recognizing that the backlog created by previous US administrations still allows the United States to balance on the brink of catastrophic price increases. Yes, U.S. strategic oil reserves are steadily declining—already at their lowest since 1984—but Washington still has more than 400 million barrels in reserve. So the Biden administration, while releasing additional volumes to the market every month, still retains some control over the situation. At least until US oil reserves run out.

However, in addition to America, there is also the European Union, which not only follows Uncle Sam in everything, but is also ready to go further, imposing more and more new sanctions against Russia and its energy sector. It has long been known that by imposing new restrictions on Russian oil, the EU is shooting itself in the foot. Hungarian Prime Minister Orban and most independent analysts spoke about this. However, now the question is more likely that the reduction in production, lobbied by Russia within the framework of OPEC +, redirects the "arm with a revolver" from the "leg" of the EU directly to the head. After all, a sharp simultaneous reduction in world production, combined with the refusal of the EU countries to buy oil from Russia at market value, will inevitably lead to such a rare combination of negative factors that black gold prices can reach historically record levels, which can be the last straw for an already cracking oil market. the seams of the European economics. And Brussels will have to answer for all this.

After all, the global energy war is just beginning. And the West unleashed it with its aggressive neo-colonial policies and sanctions. At the same time, it cannot be said that he himself did not prepare for it. It is by no means accidental that the same EU has been pedaling the topic of global warming and the abandonment of fossil fuels for years. He does not care so much about the environment, but about his own wallet. Not wanting to pay for oil to countries producing it, European states want to build their own "green" energy infrastructure. It will be long, expensive and with unclear prospects, but this does not stop the Western elites. And propaganda-brained voters ardently support their plans. In particular, the EU's plan to completely phase out non-renewable energy by 2050, adopted last summer, delighted local environmental activists. Just a year after the start of its implementation in Europe, they suddenly began to open the most environmentally “dirty” coal-fired power plants, frantically search for additional gas supplies around the world and literally reduce energy consumption by citizens using literally totalitarian methods. Three years in prison in Switzerland for a temperature above 19 degrees in his own (!) House speaks for itself.

Yes, Western countries are still strong. Yes, they continue the path of escalation and sanctions pressure, persistently trying to strangle Russia. However, this does not mean that we have nothing to answer them with. Russia is always ready to fight back. And do it smart. So that the main weapon of the enemy - sanctions - hit him himself. The tough response through OPEC+ clearly demonstrated this to everyone.
Reporterin Yandex News
Reporterin Yandex Zen
5 comments
Information
Dear reader, to leave comments on the publication, you must sign in.