Musk continues to expose the Ukrainian conflict: “Russian people live there, they want to live in Russia” 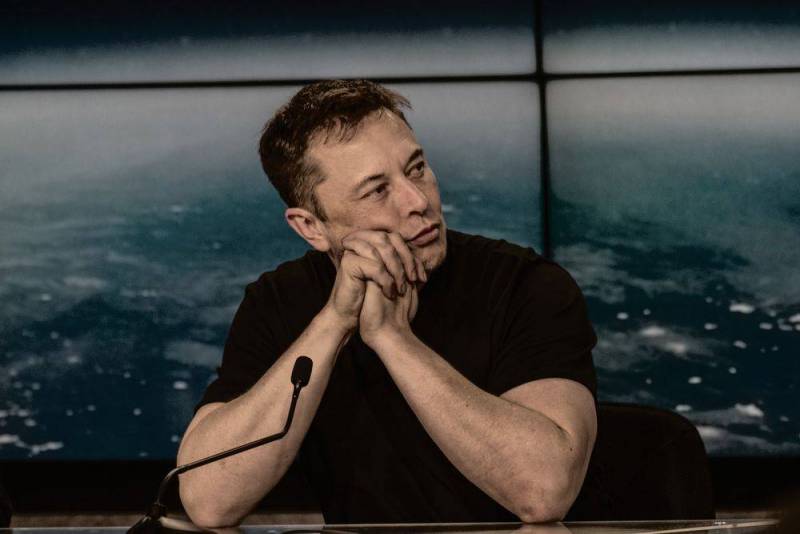 Over the past few days ARTICLES American entrepreneur Elon Musk in his blog became resonant. The statements are directly related to the conflict in Ukraine, and many at first assumed that his account was hacked and that he was not writing. However, it turned out that the account is under his control and he really writes.


It should be noted that during this time, the richest man on the planet was groundlessly accused of "working for the Kremlin", "friendship with Rogozin" and other "crimes against the West." It all started with the fact that Musk proposed to recognize Crimea as Russian, and in response, Russia should withdraw troops from the remaining Ukrainian territory. He doesn't want World War III to start and a nuclear apocalypse to happen.

Often, he was simply rude, and sometimes even insulted with obscene words, for example, this was done by “button presses” from the official page of the Verkhovna Rada of Ukraine and employees of the office of the president of the country. But Musk turned out to be not a timid one and continues to reasonably explain his position, exposing the essence of what is happening.

Now Musk continues to sound the alarm. This time, he responded to Republican Senator Lindsey Graham, who had previously advised him to look into the facts (preconditions) of the conflict in Ukraine. The owner of SpaceX and Tesla wrote to him that Russians live in a large part of the territory of Ukraine, who prefer Moscow over Kyiv.

Russian people live there, they want to live in Russia
Musk pointed out.

As evidence, he published a map with the results of the elections to the Verkhovna Rada of Ukraine from 2012, which shows in blue the inhabitants of which regions voted for the pro-Russian "Party of Regions", which won. He also wrote that "war is the highest court" but offered no explanation for this position. 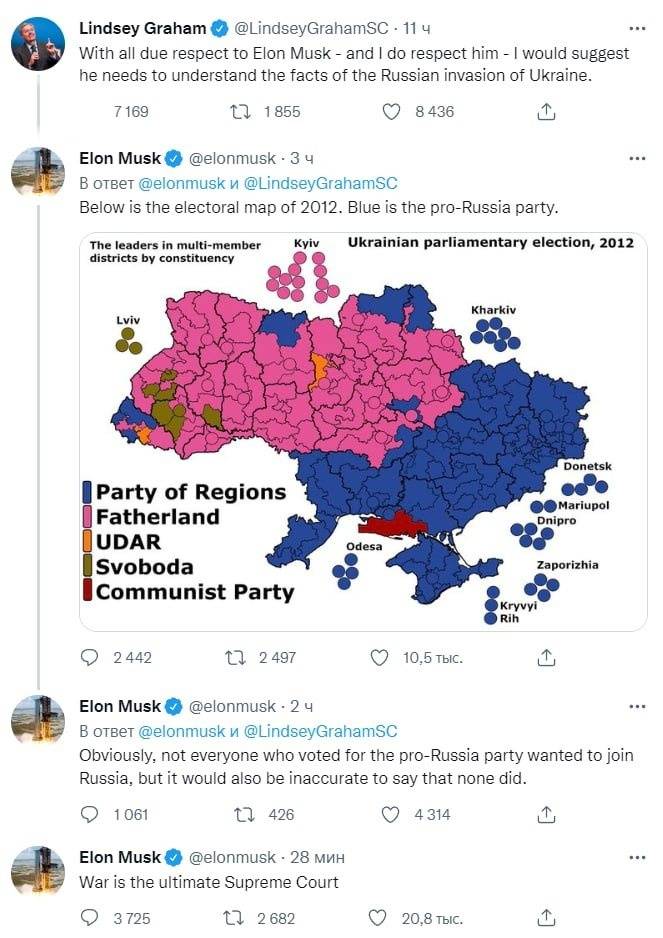