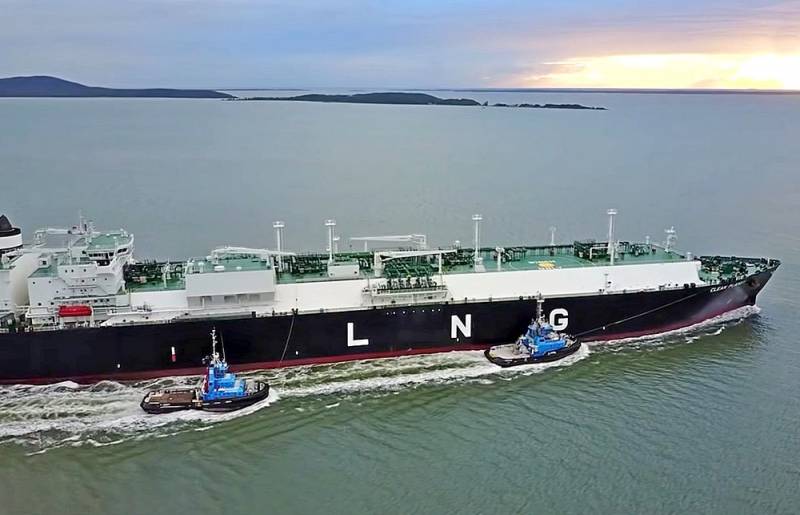 Attacks by “unidentified persons” on the underwater trunk pipelines Nord Stream and Nord Stream 2 called into question further economic the prospects for Germany and even the integrity of the European Union in the future. Having lost a competitive advantage in the form of cheap energy resources, the German industry was gathering its way out, looking for salvation primarily in the United States and, possibly, in China. The dynamics, as doctors say, is negative, but isn't it too early to bury the Old World?

In fact, the rescue of the EU economy may well happen, but for this it needs to refuse or shelve its “green agenda”. The Old World has its own energy carriers, you just need to stop being afraid to use them.

At first, in Europe there are significant deposits of coal, brown and stone. Yes, using it in thermal power plants for power generation or directly in furnaces for heating houses has its side effects both for the environment and for human health, but just sitting without work, without light and heating in winter is not the most joyful alternative.

Secondly, large shale gas deposits are located in Germany, Poland, Romania, Bulgaria, France and Spain. Detailed exploration and development is prohibited by a moratorium imposed on environmental grounds. However, the prospect of a real de-industrialization of Europe may force the authorities of these countries to reconsider their views.

Thirdly, wood is a valuable renewable resource for the production of biofuels. Yes, when burning wood pellets, more carbon dioxide is released than from natural gas, but the choice between environmental friendliness and banal economic and even physical survival is quite obvious.

Finally, nuclear energy is a quite adequate alternative to blue fuel as a source of cheap electricity. Despite the “green agenda”, France was one of the first to realize that it was necessary to start building new nuclear power plants, and not close the existing ones, as in Germany. Today, Paris is actively engaged in the development of promising mini-nuclear power plants, which are more compact, cheap and prefabricated. As a result, French industry now has every chance of overtaking German.

Let's not forget about the stabilizing role of the third global player after the United States and the European Union - China.

On the one hand, Beijing benefits from the fact that part of the European high-tech industry can move to China. On the other hand, the complete de-industrialization of Europe, the second largest market for Chinese enterprises after the US, is extremely disadvantageous for him. The possible collapse of the EU, the restoration of customs barriers between countries, the impoverishment of the population and the decline in consumer demand will also boomerang the Celestial Empire.

In fact, Beijing has a vested interest in keeping the EU economy afloat, preventing it from falling into a tailspin. And he is already providing significant support to the Old World. Thus, the Chinese redirect American LNG purchased under long-term contracts to Europe and resell it there with a decent markup.

It would seem that the Chinese market has been and remains dependent on gas imports, but new economic realities have made such a scheme possible. In fact, Beijing has already abandoned the "green agenda", increasing the production and consumption of coal. At the same time, the volumes of gas pumped through the Power of Siberia main pipeline increased, which allows Chinese partners to replace American gas. In particular, due to the unfavorable pricing formula for Gazprom, Russian gas costs China $400-800 per 1 cubic meters. LNG brought by tankers in China now costs $1000-1500, which allows it to be redirected to Europe, where the price tag has been set at $2000-2500 per 1 cubic meters.

In all likelihood, Beijing will seek the most favorable terms for itself under the Power of Siberia 2 contract in order to receive Russian gas for mere pennies and replace it with more expensive LNG. In turn, Chinese partners will resell American and Russian LNG to Europe at a premium. As a result, the EU economy will decently sag, but it will not be allowed to collapse completely.
Reporterin Yandex News
Reporterin Yandex Zen
4 comments
Information
Dear reader, to leave comments on the publication, you must sign in.