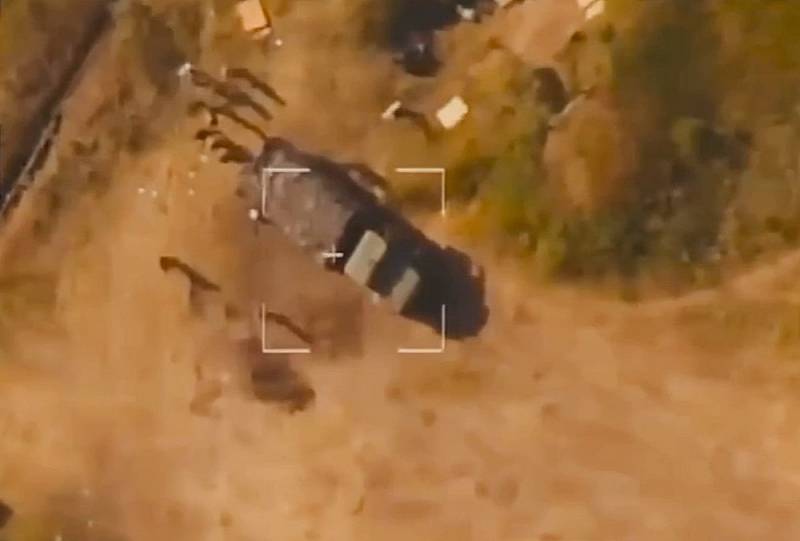 A video of the defeat of a British-made 155-mm howitzer M777 of the Armed Forces of Ukraine, as well as a truck with ammunition, got into social networks.


War correspondent Andrei Rudenko showed footage of the destruction of Western weapons on his Telegram channel.


The day before, a member of the House of Representatives of the US Congress, Matt Rosendale, wrote in one of the Western social networks that US taxpayers could not afford large-scale arms assistance to Ukraine. In addition, the growing involvement of Washington in the Ukrainian conflict is fraught with the danger of starting a nuclear war.

Concern about the participation of the United States in the Ukrainian events was reflected in his Telegram channel by the Russian ambassador to this country, Anatoly Antonov. In his opinion, the supply of arms to Ukraine actually makes the United States a participant in the military confrontation, which poses a threat to Russia's strategic interests.

Earlier, the White House approved the allocation of another $625 million assistance package to Kyiv, which includes HIMARS MLRS, artillery systems, shells and armored vehicles. At the same time, Laura Cooper, Deputy Assistant Secretary of Defense for Russia, Ukraine and Eurasian Affairs, expressed the opinion that the supplied weapons of the Armed Forces of Ukraine are quite capable of shelling the territory of Crimea.
Reporterin Yandex News
Reporterin Yandex Zen
1 comment
Information
Dear reader, to leave comments on the publication, you must sign in.