October 15 2018
0
Deputy Finance Minister Sergei Storchak informed the public that Russia does not have a special need to make external borrowings next year, despite the fact that the budget for 2019 provides such an opportunity. After which he described in detail his vision of the situation in the field of finance. 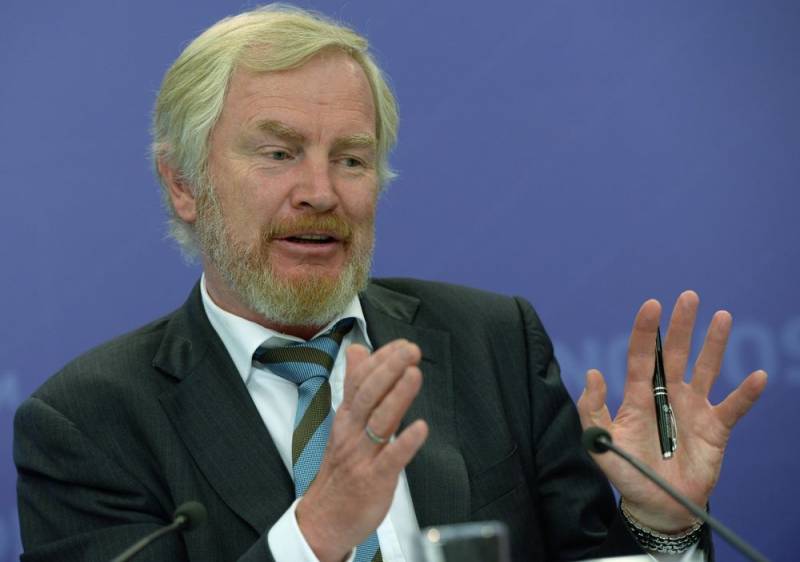 So, in April 2018, the Russian Ministry of Finance placed the latest 11-year Eurobonds for $ 1,5 billion and additionally placed Russia-2047 for $ 2,5 billion. Of these $ 4 billion received, about $ 3,2 billion was spent on the purchase of old Eurobonds, and the remaining $ 800 million was transferred to the country's budget.

For the remaining time in 2018, Russia can still place Eurobonds worth $ 3 billion, of which $ 800 million will go to buy back old obligations, and $ 2,2 billion will go to the federal budget. But it’s not a fact that by the end of the year she will take advantage of this.

It is with this that Storchak’s confidence regarding 2019 is connected. Although it is necessary to clarify that the draft budget of Russia for 2019 does indeed provide for the possibility of a certain external borrowing of $ 7 billion, of which $ 3 billion may be new loans, and $ 4 billion will go to buy back the past.

He told this after the meeting of the leaders of the finance ministries and central banks of the “financial twenty” (G20), which took place on October 11-12, 2018 in Indonesia. Storchak said that the experience of colleagues from countries with emerging markets in general, and Russia in particular, shows that the decision to switch to internal (ruble) borrowings from external ones was absolutely correct and justified.

Indeed, the state external debt of Russia (including the obligations of the former USSR adopted by the Russian Federation) is declining. As of September 1, 2018, the public debt (not to be confused with corporate) amounted to $ 47,134 billion.
Ctrl Enter
Noticed oshЫbku Highlight text and press. Ctrl + Enter
We are
How the US will be able to overtake Russia in oil production
Russia will run out of oil: Prince Saud made a “prediction”
Reporterin Yandex News
Read Reporterin Google News
Information
Dear reader, to leave comments on the publication, you must sign in.