The Drive: BPM-97 Shot deployed by Russia may be linked to nuclear weapons 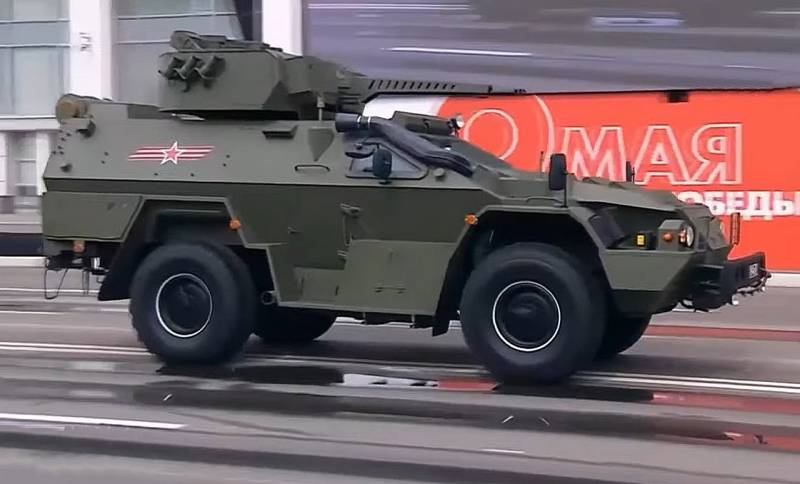 The other day, footage appeared on social networks showing one of the military trains moving around Russia. It transported, among other things, a number of armored vehicles KamAZ-43269 "Shot" (BPM-97) with a 4x4 wheel formula and a combat module "Spoke", which aroused great interest among the public, writes the American edition of The Drive.


The publication notes that some have linked the transfer of these armored vehicles with nuclear weapons, since they may be related to the 12th Main Directorate of the Ministry of Defense of the Russian Federation, which is responsible for nucleartechnical security and safety and oversees the nuclear arsenal. It includes special counter-sabotage units armed with BPM-97.

The observations come amid growing threats from Russian President Vladimir Putin and other Russian officials about the potential use of nuclear weapons as Ukrainian forces continue to retake territory. As such they seem to have led to some startling headlines that seem unfounded. The point is that while such a deployment may well indicate a more sinister nuclear operation in the works, there are plenty of other reasons.
- says the publication.


The video shown was probably taken in Sergiev Posad, northeast of Moscow. At the same time, the train itself was moving in a southwesterly direction, and the question of when the video was made remains open.

The original version of the BPM-97 was developed in the 1990s for units of the border service of the FSB of Russia. Since then, various versions of this armored car have been supplied to other Russian departments: the Ministry of Defense, the National Guard, the Ministry of Emergency Situations and even the Federal Penitentiary Service.

The lightly armored BPM-97, equipped with a BM-30D remote-controlled turret with a 7,62x54a mm PKTM coaxial machine gun and a top-mounted AG-30 30mm automatic grenade launcher in addition to the 30A2 42mm automatic cannon, was first seen at the Victory Parade in 2021 year. The BM-30D provides an additional firepower boost that the crew can use without exposing themselves to enemy fire.

However, the video does not clearly indicate which unit these armored vehicles belong to, but the 12th Main Directorate of the Russian Ministry of Defense definitely has a presence in Sergiev Posad, including a security unit that can be equipped with BPM-97. Likewise, it is not clear what their final destination might be.

It is assumed that this may be due to the upcoming demonstration of Russian readiness to use nuclear weapons in or near Ukraine in the Black Sea. But this is still in the area of ​​heated discussions and there is no reliable information. For example, the Russians can hold scheduled or unscheduled exercises and include live firing of nuclear weapons systems, but without warheads, to send a signal to Kyiv and the West.

At the same time, there is no clear indication that the appearance of the BPM-97 in transit or any other potentially nuclear-weapon-related developments is directly related to the wider coordinated movement of Russian strategic forces due to the ongoing war in Ukraine or tensions with the West as a result of this.
- emphasized in the publication.

It is quite possible that the echelon with BPM-97 is connected with the search by the Russian command for new methods of conducting combat operations on Ukrainian territory. The RF Armed Forces are in need of highly mobile platforms and additional armored vehicles to continue the campaign. Over the course of seven months, a lot of equipment has broken down and needs to be replaced. At the same time, it is hard to believe that Moscow will redeploy the personnel and equipment of the nuclear security units of the Strategic Missile Forces to the front line in Ukraine. The Strategic Missile Forces operate strategic intercontinental ballistic missiles, and they simply have nothing to do there, summed up the media.

We remind you that over the past 6 years, BPM-97 have been repeatedly seen in Syria.