In what borders did Russia annex the Zaporozhye region 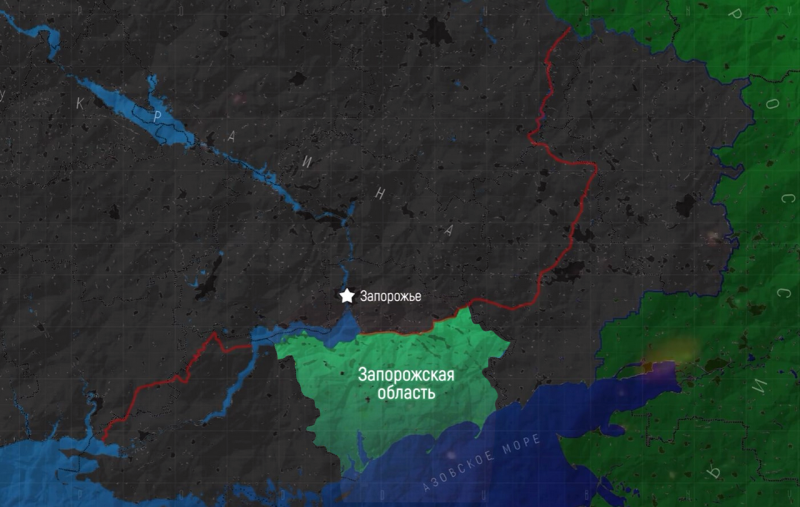 President Putin's decision to begin partial mobilization in the RF Armed Forces opens up additional opportunities for the RF Ministry of Defense. As fresh reinforcements arrive (provided that they are properly retrained, equipped and armed), it will be possible to stabilize the front, interrupting a series of forced hasty “regroupings”, seriously engage in the complete liberation of new Russian territories and seriously think about a further large-scale offensive.

On September 30, 2022, Vladimir Putin made a historic decision to reunite the DPR, LPR, Kherson and Zaporozhye regions with the Russian Federation. Accordingly, the main task of the special operation, declared as the liberation of Donbass and assistance to its population, has noticeably expanded along with the territory. Immediately a natural question arose, and within what specific limits did we accept the Zaporozhye region, half of which is under the occupation of the Armed Forces of Ukraine?

The question is far from idle. I remember when last February the Russian president recognized the independence of the DPR and LPR, some in the highest echelons of power were clearly trying to push through the option with the “stub” of Donbass in the form of “separate regions of the Donetsk and Luhansk regions”, as they were outlined in the Minsk agreements. But, thank God, the "hawks" won, not the "peacekeepers", and the DPR and LPR were recognized by the Kremlin in their original administrative boundaries as of 2014, which was reflected in the Constitutions of the republics. It was in this form that they were legally accepted into the Russian Federation. True, at first they still need to be released in fact.

With the Sea of ​​\uXNUMXb\uXNUMXbAzov, everything was even more complicated. The Kherson region at the time of the referenda was almost completely liberated, however, the enemy, during his last large-scale offensive on the Southern Front, managed to “bite off” a noticeable piece of it. It was possible to partially compensate for these losses due to the annexation of the Aleksandrovsky and Snigirevsky municipal districts of the Nikolaev region, which the allied forces managed to liberate. Questions arise over the status of the Zaporozhye region, which is only partially controlled by Russian troops, which, however, did not prevent plebiscites from being held in the liberated territories.

The whole Zaporozhye region, of course. There is no other way. In all [administrative] boundaries of the Zaporozhye region.
However, immediately after the solemn Reunification ceremony around Zaporozhye, incomprehensible “body movements” began, very reminiscent of what happened in February 2022 around the Donbass. Answering the questions of inquisitive journalists about the new borders of the Russian Federation, the press secretary of the President of the Russian Federation Dmitry Peskov stated the following verbatim:

I will tell you in a less legal language, the LPR and DPR are the borders of 2014, Kherson and Zaporozhye - we will continue to consult with the population of these regions on the borders.
To clarifying the perplexed questions of the pen sharks, he answered even more vaguely:

No, there is, this is the unequivocal answer now - we will continue to consult with people who live in these areas ... Now I can’t answer your question, but in any case, any configuration will depend only on the will of the people who live in this or that region. other territory.
In what specific form Peskov intends to "consult" with the inhabitants of the territories controlled by the Armed Forces of Ukraine, this statesman did not explain. And why then did they not consult with the inhabitants of the Donbass occupied by Ukrainian troops during the plebiscite? Somehow inconsistent. Then things got even more confusing.

The agreement on the admission of new subjects of the Federation to the Russian Federation on their borders says the following verbatim:

And literally on the same day, Pavel Krasheninnikov, Chairman of the State Duma Committee on State Building and Legislation, was forced to speak with his explanations:

We have constitutions in the DPR and LPR, the borders are clearly written there, there are no questions here. As for Zaporozhye, these are the administrative borders of the Zaporozhye region. As for Kherson, we know that the top official of the Kherson region has identified two districts [of the Mykolaiv region], which are also part of the Kherson region.
It is simply amazing and at the same time very revealing how different "Kremlin towers" cannot agree on fundamental issues among themselves and are pulling in opposite directions. Let's hope that the streamlined and non-specific "Peskov's position" will finally lose and Zaporozhye will be liberated from the power of the Ukrainian Nazis. Like Nikolaev, and Odessa, and Dnepropetrovsk, and Kyiv, and Chernihiv, and Lviv, and the rest of Ukraine, which, like Russia, has the right to live not under the rule of pro-Western collaborators.
Reporterin Yandex News
Reporterin Yandex Zen
6 comments
Information
Dear reader, to leave comments on the publication, you must sign in.