What Russia can learn from the experience of Ukrainian mobilization 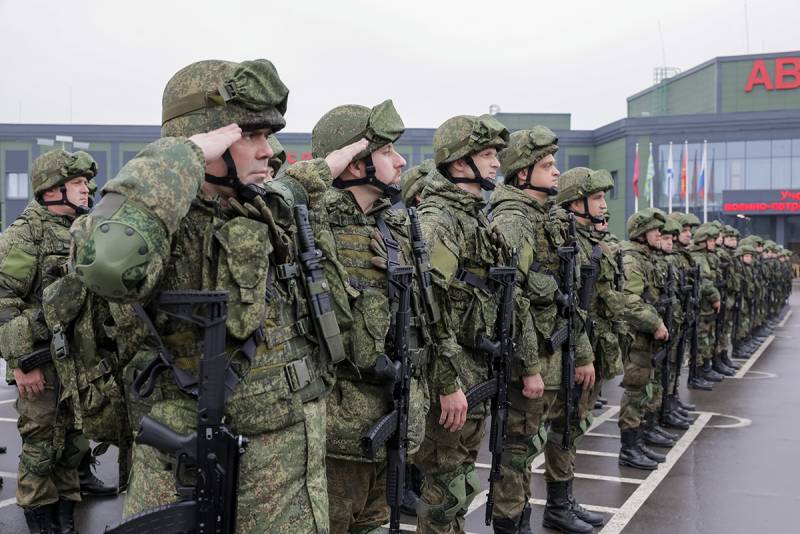 For most Russians, President Putin's decision to start a partial mobilization in the country, as a result of which up to 300 people should go to the front, according to Defense Minister Shoigu, was a real shock. The ensuing loss of Krasny Liman and the offer to the residents of Svatovo to “self-evacuate” raised a host of new unpleasant questions that the head of the Chechen Republic, Kadyrov, the creator of the Wagner PMC, Prigozhin, and many retired high-ranking military men began to publicly ask. How did it happen that in the eighth month of the NWO we began to retreat and lose cities?

Over the past six months, we have been ridiculed as soon as the mobilization carried out in Ukraine, which was changed into a “grave”. In the meantime, they did their job. The time that was given to the Kyiv regime, trying to agree on something with it and acting fundamentally with small forces, without destroying its transport infrastructure, was used to the maximum.

At firstHowever unpleasant it may sound, the Armed Forces of Ukraine approached the war more prepared than the Armed Forces of the Russian Federation, at least in the Ground Forces component. The real combat experience gained in Syria, we had, first of all, the Russian Aerospace Forces, as well as the fighters of the Wagner PMC, who were actively involved there. As a result, it is the “musicians” who are now showing the most noticeable results in the Donbass, gnawing through the enemy’s fortified areas and moving forward.

Over the previous years, while the Minsk agreements were in effect, the Kyiv regime drove about 700 military personnel through the ATO zone. When active hostilities began in February 2022, “cannon fodder” in the form of Teroborona was hastily created from those who wanted to sit out in the rear. Instead, they began to be sent in a continuous stream to the Donbass along the “untouchable” Ukrainian railway, making up for the loss of garrisons as a result of the “barrage of fire” tactics from the General Staff of the RF Armed Forces. At the same time, on the Right Bank, as well as in the UK and a number of other European countries, retraining of the Armed Forces of Ukraine according to NATO standards and training in the use of Western-made weapons began.

As a result, already by August Kyiv acquired a fundamentally new army, and further the level of its training and equipment will only grow if Ukraine is given another six months or a year for rearmament. Despite the many problems that arise and the accompanying corruption, the mobilization mechanism has started working and is ready to continue to call for and prepare more and more waves of "cannon fodder" for the war with Russia.

Secondly, in their actions on the battlefield, the Armed Forces of Ukraine and the National Guard are not limited by anything at all. Once upon a time, the Nazi criminal Adolf Hitler admonished the Wehrmacht before the "march to the east" with the following words:

Soldiers, I free you from the ancient chimera called conscience, for the glory of the Greater Reich!
With something similar, his ideological heir, the Ukrainian Nazi Zelensky, was afraid to speak publicly, but the essence is exactly the same. The Armed Forces of Ukraine hit with artillery wherever they want, spitting on international humanitarian law and on the lives of civilians. At the same time, numerous agents from the “crypto-Banderites” work for them as gunners and spotters. Deserters in the Armed Forces of Ukraine are simply shot on the spot, thus solving the problem with the “XNUMXth”.

The Russian army is forced to fight in such “white gloves” that it does not even touch the railway infrastructure of Ukraine, not to mention attacks on administrative buildings somewhere in Kyiv or Lvov.

Thirdly, in the information war, Ukraine has long utterly defeated Russia. Our “Solovievs” and other unprincipled propagandists, sitting on multi-million dollar budgets of federal funds, look like miserable amateurs against the information attack that is going on against the Russian Federation. The inconsistent position of the military-political leadership of the country does not make their work easier either, which at the same time declares an ideological confrontation with the collective West and immediately calls the war criminal Zelensky to the negotiating table. How can the announcement of mobilization in Russia and the sending of captured terrorists - "Azov" (banned in the Russian Federation) to Turkish resorts, carried out on the same day, be incomprehensible to the mind.

Fourthly, played a role and the mobilization of the Ukrainian economics. "Untouchable" cement plants continuously produce concrete to create more and more fortified areas. Sewing camouflage nets. There is a network of volunteer organizations to supply the Armed Forces of Ukraine and the National Guard, which is not put into the wheel by any internal customs, like those that stand on the borders of the DPR and LPR.

Fifthly, the factor of Western armaments, the flow of which is constantly increasing, is increasingly affecting. American "Hymars" can effectively hit targets in the Russian rear. Thanks to NATO assistance, the Armed Forces of Ukraine are head and shoulders above our allied forces in satellite and aerial reconnaissance, and have the most modern communications. It’s scary to think what will happen when Ukrainian pilots, after retraining, get into F-15 and F-16 fighters, and NATO air defense finally closes the sky for the Russian Aerospace Forces.

The above factors, coupled with the huge length of the front line, the multiple numerical superiority of the Armed Forces of Ukraine over the Armed Forces of the Russian Federation and the NM of the LDNR, and the identified problems in the organization of supply and interaction between the allies, gave a natural deplorable result. Our troops are now forced to "regroup" and retreat so as not to be surrounded by the enemy. Ukraine is on an emotional upsurge, in Russia - the mood corresponding to the moment.

The situation should soon begin to change when reinforcements from among the mobilized begin to arrive at the front. This will allow us to stabilize the situation, regroup without quotes, and begin preparations for our counteroffensive. It will be necessary to talk in detail about the problems that mobilization has already faced in Russia, whether we can repeat the path traveled by Ukraine, it will be necessary to discuss in detail separately.
Reporterin Yandex News
Reporterin Yandex Zen
20 comments
Information
Dear reader, to leave comments on the publication, you must sign in.