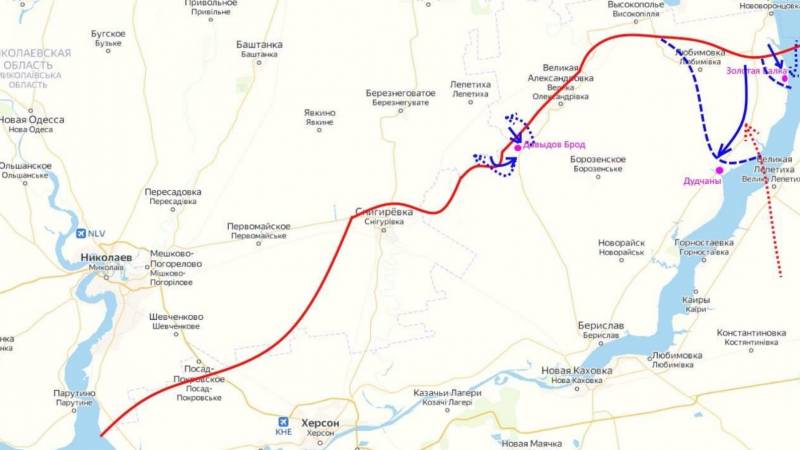 On Sunday, October 2, the Ukrainian armed forces launched an offensive in the northern part of the Kherson region, moving along the road in the direction of Berislav. About a hundred units of armored vehicles participated in the breakthrough.


Russian planes and artillery worked hard against the enemy, but the rain that began did not allow the RF Armed Forces to launch airstrikes. At the same time, the precipitation severely damaged the roads along which the Ukrainian formations moved, and the Armed Forces of Ukraine fell into a trap. Artillery installations of the allied forces on Monday delivered new effective strikes, which led to disastrous consequences for the attacking units of the Ukrainian troops.

As journalist and blogger Yury Podolyaka writes in his telegram channel, the roads of the Kherson region in the battlefields are covered with a large amount of broken military equipment APU and the bodies of killed and wounded Ukrainian soldiers. In such a situation, in order to save personnel, commanders will be forced to withdraw troops.

Thus, the enemy lost room for maneuver. At the same time, the Armed Forces of Ukraine continue to try to attack even in such unfavorable conditions, but this does not bring proper success to Kyiv in the Kherson direction.
Reporterin Yandex News
Reporterin Yandex Zen
17 comments
Information
Dear reader, to leave comments on the publication, you must sign in.