In the United States, they called the plane, which Russia really lacks during the NWO 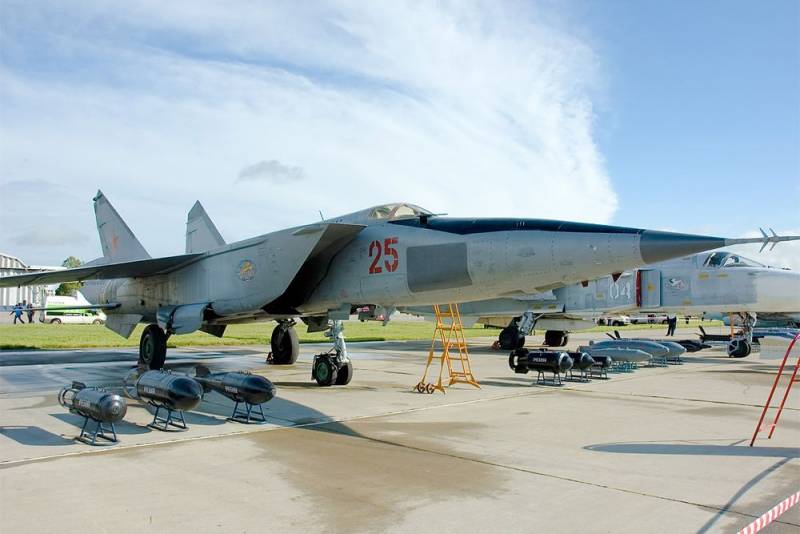 After Russia launched a special operation in Ukraine, the efforts of the RF Armed Forces have been repeatedly criticized for failing to suppress the air defense system of the Armed Forces of Ukraine, which mainly consists of Soviet S-300-type air defense systems and Western Stinger-type MANPADS, and continues to threaten Russian aviation. This indicates that Moscow has made limited and insufficient investments in the means of suppression of air defenses (SEAD), writes Military Watch Magazine.

The modernization of Russian tactical combat aviation was carried out mainly with a possible war with NATO in mind, while the very limited ground-based air defense capabilities deployed in the West mean that SEAD has never been a high priority for the Russian Aerospace Forces, which contrasts with the US and China
- noted in the publication.

The second main factor in Moscow's neglect of SEAD aircraft is the severe reduction in the defense budget after 1991, when the USSR collapsed. Russia was not up to it, and Washington and Beijing developed special SEAD aircraft. The United States has acquired the E / A-18G Growler, and China - the J-16D to suppress enemy air defenses. They use various types of electronic warfare, placed both inside the fuselage and in hanging containers, and visually differ from similar aircraft by many external antennas located in different places. These aircraft are also armed with anti-radar missiles to destroy enemy ground radars.

At the same time, the USSR had a special SEAD aircraft - one of the heaviest and most expensive to operate in its class - the MiG-25BM, which was produced until 1985. It was a great plane. It was designed for high-altitude interceptor, all-weather reconnaissance and even bomber missions. He was incredibly tenacious, developed a speed of Mach 3+ and was able to effortlessly overcome the Armstrong line (limit) - a height of 19 km, where even ordinary water boils at normal human body temperature. The MiG-25BM turned out to be an excellent SEAD aircraft, which outperformed the much later E/A-18G (2006) Growler and J-16D (2011).

The MiG-25BM was a particularly dangerous EW aircraft due to its incredible flight performance and long range, and in the Russian arsenal would have been potentially ideal for the war in Ukraine even after only conservative upgrades. The successor to the MiG-25 in the role of the MiG-31 interceptor, although designed for strike, anti-ship and space operations, does not have a similar SEAD modification, like any other class of Russian combat aircraft. MiG-25BM performed well during the Iran-Iraq war, destroying protected targets in Iran
– recalled the publication.

At the end of 2013, the remaining 20 units of the MiG-25RB (reconnaissance bomber) were withdrawn from service in Russia, but Moscow did not bother to buy parts of 40 MiG-25BM inherited from the USSR from Belarus. Now they would be useful to Russia in the NWO in Ukraine.

Russia is expected to start deploying a dedicated EW variant of the Su-34, the capabilities of which have yet to be seen. But if Moscow expected a long war with Ukraine's well-prepared, albeit somewhat outdated, air defense system, it would be eager to speed up work on the much-delayed Su-34 variant. Otherwise, buying a batch of Chinese J-16Ds would help rectify the situation. Russian Su-57 stealth fighters are expected to be capable of suppressing air defenses and have been deployed to do so, but there are too few of them to make a difference on the front. It remains to be seen to what extent Russia will invest in assets of this nature, perhaps even moving from the Su-34 to developing an electronic warfare version of the Su-57.
- summed up the media.
Reporterin Yandex News
Reporterin Yandex Zen
23 comments
Information
Dear reader, to leave comments on the publication, you must sign in.